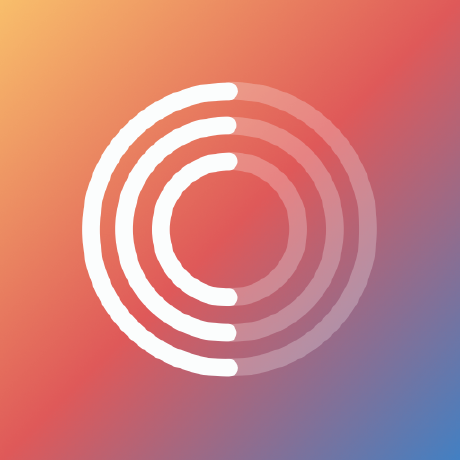 Carthage is intended to be the simplest way to add frameworks to your Cocoa application.

Carthage builds your dependencies and provides you with binary frameworks, but you retain full control over your project structure and setup. Carthage does not automatically modify your project files or your build settings.

Differences between Carthage and CocoaPods

CocoaPods is a long-standing dependency manager for Cocoa. So why was Carthage created?

Firstly, CocoaPods (by default) automatically creates and updates an Xcode workspace for your application and all dependencies. Carthage builds framework binaries using xcodebuild, but leaves the responsibility of integrating them up to the user. CocoaPods’ approach is easier to use, while Carthage’s is flexible and unintrusive.

The goal of CocoaPods is listed in its README as follows:

… to improve discoverability of, and engagement in, third party open-source libraries, by creating a more centralized ecosystem.

By contrast, Carthage has been created as a decentralized dependency manager. There is no central list of projects, which reduces maintenance work and avoids any central point of failure. However, project discovery is more difficult—users must resort to GitHub’s Trending pages or similar.

CocoaPods projects must also have what’s known as a podspec file, which includes metadata about the project and specifies how it should be built. Carthage uses xcodebuild to build dependencies, instead of integrating them into a single workspace, it doesn’t have a similar specification file but your dependencies must include their own Xcode project that describes how to build their products.

Ultimately, we created Carthage because we wanted the simplest tool possible—a dependency manager that gets the job done without taking over the responsibility of Xcode, and without creating extra work for framework authors. CocoaPods offers many amazing features that Carthage will never have, at the expense of additional complexity.

There are multiple options for installing Carthage:

Adding frameworks to an application

Once you have Carthage installed, you can begin adding frameworks to your project. Note that Carthage only supports dynamic frameworks, which are only available on iOS 8 or later (or any version of OS X).

If you're building for OS X

If you're building for iOS, tvOS, or watchOS

With the debug information copied into the built products directory, Xcode will be able to symbolicate the stack trace whenever you stop at a breakpoint. This will also enable you to step through third-party code in the debugger.

When archiving your application for submission to the App Store or TestFlight, Xcode will also copy these files into the dSYMs subdirectory of your application’s .xcarchive bundle.

Along the way, Carthage will have created some build artifacts. The most important of these is the Cartfile.resolved file, which lists the versions that were actually built for each framework. Make sure to commit your Cartfile.resolved, because anyone else using the project will need that file to build the same framework versions.

Because Carthage uses the output of xcrun swift --version to determine the local Swift version, make sure to run Carthage commands with the Swift toolchain that you intend to use. For many use cases, nothing additional is needed. However, for example, if you are building a Swift 2.3 project using Xcode 8.x, one approach to specifying your default swift for carthage bootstrap is to use the following command:

Running a project that uses Carthage

After you’ve finished the above steps and pushed your changes, other users of the project only need to fetch the repository and run carthage bootstrap to get started with the frameworks you’ve added.

Adding frameworks to unit tests or a framework

Using Carthage for the dependencies of any arbitrary target is fairly similar to using Carthage for an application. The main difference lies in how the frameworks are actually set up and linked in Xcode.

Because unit test targets are missing the “Linked Frameworks and Libraries” section in their “General” settings tab, you must instead drag the built frameworks to the “Link Binaries With Libraries” build phase.

In the Test target under the "Build Settings" tab, add @loader_path/Frameworks to the "Runpath Search Paths" if it isn't already present.

In rare cases, you may want to also copy each dependency into the build product (e.g., to embed dependencies within the outer framework, or make sure dependencies are present in a test bundle). To do this, create a new “Copy Files” build phase with the “Frameworks” destination, then add the framework reference there as well.

If you’ve modified your Cartfile, or you want to update to the newest versions of each framework (subject to the requirements you’ve specified), simply run the carthage update command again.

If you only want to update one , or specific, dependencies, pass them as a space-separated list to the update command. e.g.

If the framework you want to add to your project has dependencies explicitly listed in a Cartfile, Carthage will automatically retrieve them for you. You will then have to drag them yourself into your project from the Carthage/Build folder.

By default, Carthage will directly check out dependencies’ source files into your project folder, leaving you to commit or ignore them as you choose. If you’d like to have dependencies available as Git submodules instead (perhaps so you can commit and push changes within them), you can run carthage update or carthage checkout with the --use-submodules flag.

When run this way, Carthage will write to your repository’s .gitmodules and .git/config files, and automatically update the submodules when the dependencies’ versions change.

If you want to work on your dependencies during development, and want them to be automatically rebuilt when you build your parent project, you can add a Run Script build phase that invokes Carthage like so:

Note that you should be using submodules before doing this, because plain checkouts should not be modified directly.

By default Carthage will rebuild a dependency regardless of whether it's the same resolved version as before. Passing the --cache-builds will cause carthage to avoid rebuilding a dependency if it can. See information on version files for details on how carthage performs this caching.

Note: At this time --cache-builds is incompatible with --use-submodules. Using both will result in working copy and committed changes to your submodule dependency not being correctly rebuilt. See #1785 for details.

Auto completion of Carthage commands and options are available as documented in Bash/Zsh/Fish Completion.

Supporting Carthage for your framework

Because Carthage has no centralized package list, and no project specification format, most frameworks should build automatically.

The specific requirements of any framework project are listed below.

Carthage will only build Xcode schemes that are shared from your .xcodeproj. You can see if all of your intended schemes build successfully by running carthage build --no-skip-current, then checking the Carthage/Build folder.

If an important scheme is not built when you run that command, open Xcode and make sure that the scheme is marked as “Shared,” so Carthage can discover it.

If you have multiple versions of the Apple developer tools installed (an Xcode beta, for example), use xcode-select to change which version Carthage uses.

If you’re still not able to build your framework with Carthage, please open an issue and we’d be happy to help!

Carthage determines which versions of your framework are available by searching through the tags published on the repository, and trying to interpret each tag name as a semantic version. For example, in the tag v1.2, the semantic version is 1.2.0.

Tags without any version number, or with any characters following the version number (e.g., 1.2-alpha-1) are currently unsupported, and will be ignored.

Carthage can automatically use prebuilt frameworks, instead of building from scratch, if they are attached to a GitHub Release on your project’s repository or via a binary project definition file.

To offer prebuilt frameworks for a specific tag, the binaries for all supported platforms should be zipped up together into one archive, and that archive should be attached to a published Release corresponding to that tag. The attachment should include .framework in its name (e.g., ReactiveCocoa.framework.zip), to indicate to Carthage that it contains binaries.

You can perform the archiving operation above with the carthage archive command as follows:

Draft Releases will be automatically ignored, even if they correspond to the desired tag.

Use travis-ci to upload your tagged prebuild frameworks

It is possible to use travis-ci in order to build and upload your tagged releases.

Build static frameworks to speed up your app’s launch times

Please note that a few caveats apply to this approach:

Want to advertise that your project can be used with Carthage? You can add a compatibility badge:

… to your README, by simply inserting the following Markdown:

Pre-built framework cannot be debugged using step execution on other machine than on which the framework was built. Simply carthage bootstrap/build/update --no-use-binaries should fix this, but for more automated workaround, see #924. Dupe rdar://23551273 if you want Apple to fix the root cause of this problem.

Most of the functionality of the carthage command line tool is actually encapsulated in a framework named CarthageKit.

If you’re interested in using Carthage as part of another tool, or perhaps extending the functionality of Carthage, take a look at the CarthageKit source code to see if the API fits your needs.

Carthage is released under the MIT License.

A tool that allows to cache Carthage/Build folder in Amazon S3. ...

Would you tell us more about Carthage/Carthage?