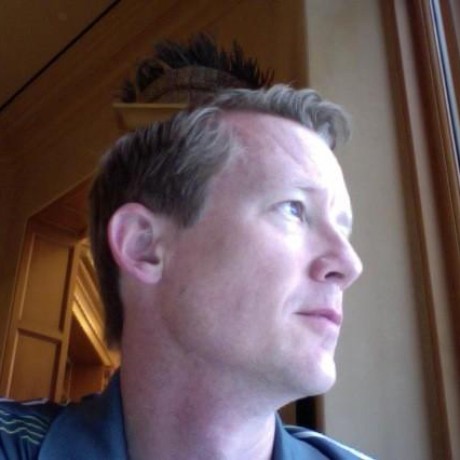 The Reactive Extensions for JavaScript

The Need to go Reactive | About the Reactive Extensions | Batteries Included | Why RxJS? | Dive In! | Resources | Getting Started | What about my libraries? | Compatibility | Contributing | License

The Reactive Extensions for JavaScript (RxJS) 2.3...

...is a set of libraries to compose asynchronous and event-based programs using observable collections and Array#extras style composition in JavaScript

The project is actively developed by Microsoft Open Technologies, Inc., in collaboration with a community of open source developers.

The Need to go Reactive

Reactive Programming is a hot topic as of late, especially with such things as the Reactive Manifesto. Applications, especially on the web have changed over the years from being a simple static page, to DHTML with animations, to the Ajax revolution. Each time, we're adding more complexity, more data, and asynchronous behavior to our applications. How do we manage it all? How do we scale it? By moving towards "Reactive Architectures" which are event-driven, resilient and responsive. With the Reactive Extensions, you have all the tools you need to help build these systems.

About the Reactive Extensions

Whether you are authoring a web-based application in JavaScript or a server-side application in Node.js, you have to deal with asynchronous and event-based programming as a matter of course. Although some patterns are emerging such as the Promise pattern, handling exceptions, cancellation, and synchronization is difficult and error-prone.

Because observable sequences are data streams, you can query them using standard query operators implemented by the Observable type. Thus you can filter, project, aggregate, compose and perform time-based operations on multiple events easily by using these our many operators. In addition, there are a number of other reactive stream specific operators that allow powerful queries to be written. Cancellation, exceptions, and synchronization are also handled gracefully by using the methods on the Observable object.

But the best news of all is that you already know how to program like this. Take for example the following JavaScript code, where we get some stock data and then manipulate and then iterate the results.

Now what if this data were to come as some sort of event, for example a stream, such as as a WebSocket, then we could pretty much write the same query to iterate our data, with very little change.

The only difference is that we can handle the errors inline with our subscription. And when we're no longer interested in receiving the data as it comes streaming in, we call dispose on our subscription.

Sure, there are a lot of libraries to get started with RxJS? Confused on where to get started? Start out with the complete set of operators with rx.all.js, then you can reduce it to the number of operators that you really need, and perhaps stick with something as small as rx.lite.js.

This set of libraries include:

One question you may ask yourself, is why RxJS? What about Promises? Promises are good for solving asynchronous operations such as querying a service with an XMLHttpRequest, where the expected behavior is one value and then completion. The Reactive Extensions for JavaScript unifies both the world of Promises, callbacks as well as evented data such as DOM Input, Web Workers, Web Sockets. Once we have unified these concepts, this enables rich composition.

To give you an idea about rich composition, we can create an autocompletion service which takes the user input from a text input and then query a service, making sure not to flood the service with calls for every key stroke, but instead allow to go at a more natural pace.

First, we'll reference the JavaScript files, including jQuery, although RxJS has no dependencies on jQuery...

Next, we'll get the user input from an input, listening to the keyup event by using the Rx.Observable.fromEvent method. This will either use the event binding from jQuery, Zepto, AngularJS and Ember.js if available, and if not, falls back to the native event binding. This gives you consistent ways of thinking of events depending on your framework, so there are no surprises.

Now, let's query Wikipedia! In RxJS, we can instantly bind to any Promises A+ implementation through the Rx.Observable.fromPromise method or by just directly returning it, and we wrap it for you.

Once that is created, now we can tie together the distinct throttled input and then query the service. In this case, we'll call flatMapLatest to get the value and ensure that we're not introducing any out of order sequence calls.

Finally, we call the subscribe method on our observable sequence to start pulling data.

And there you have it!

You can find the documentation here as well as examples here and plenty of unit tests.

There are a number of ways to get started with RxJS. The files are available on cdnjs and jsDelivr.

Installing All of RxJS via NuGet

Along with a number of our extras for RxJS:

Using RxJS with an AMD loader such as Require.js

What about my libraries?

The Reactive Extensions for JavaScript have no external dependencies any library, so they'll work well with just about any library. We provide bridges and support for various libraries including:

In addition, we have support for common Node.js functions such as binding to callbacks and the EventEmitter class.

RxJS has been thoroughly tested against all major browsers and supports IE6+, Chrome 4+, FireFox 1+, and Node.js v0.4+.

There are lots of ways to contribute to the project, and we appreciate our contributors.

You can contribute by reviewing and sending feedback on code checkins, suggesting and trying out new features as they are implemented, submit bugs and help us verify fixes as they are checked in, as well as submit code fixes or code contributions of your own. Note that all code submissions will be rigorously reviewed and tested by the Rx Team, and only those that meet an extremely high bar for both quality and design/roadmap appropriateness will be merged into the source.

Licensed under the Apache License, Version 2.0 (the "License"); you may not use this file except in compliance with the License. You may obtain a copy of the License at

Would you tell us more about ChetHarrison/RxJS?