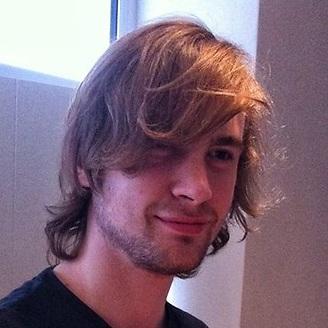 What is this, and how does it work?

It’s a demonstration of the fact that cross-domain caching, as currently implemented in most or all major browsers, is a significant privacy hole, leaking information about the user’s browsing history.

Until a few years ago, a similar attack was possible based upon the differences in styling for visited and unvisited links. Visited links can be styled differently using the :visited CSS selector, and indeed are styled differently by default - hence visited links showing up in purple in most browsers. The attack was simple: create an attack page full of links (that is, <a> elements) whose hrefs were URLs of interest. Then you use JavaScript to check the link styling - for example, checking whether the links are displayed in purple - for each link. Now you know which of those pages the user has visited.

There were also more sophisticated variants of the attack that could thwart the most obvious security measures browsers could take. One example was using :visited styling that would make the page more computationally difficult (and thus slow) to render, and then timing how long the pageload takes.

How was that fixed?

See http://blog.mozilla.org/security/2010/03/31/plugging-the-css-history-leak/. The fix had a couple of major components: reducing the set of CSS properties that can be used from within a :visited selector to only color-related properties, and always giving unvisited style values to JavaScript code trying to read the CSS properties of an element.

And how does this attack work?

A simplified summary of the attack looks something like this:

How long has this been around?

Security researchers knew about it at least 14 years ago. See this paper by Edward Felten and Michael Schneider.

As noted by Felten and Schneider, there are other caching-related timing attacks on privacy that this fails to prevent (namely, timing attacks on the operating system’s DNS cache, and timing attacks on intermediate proxy servers that perform caching). The latter cannot be solved purely by browser vendors; the former may be soluble by the same method.

Additionally, there is the case of CDNs to consider. A significant part of the value of public CDNs comes from cross-domain caching - from the fact that my first visit to a website can be sped up by virtue of some of its scripts or stylesheets having been cached on visits to unrelated sites that requested them from the same CDN.

A (work-in-progress) spyware library that will allow attack sites to determine which other websites their visitors have previously visited by exploiting timing attacks to determine the contents of their browser cache ...

Would you tell us more about ExplodingCabbage/cache-invader?