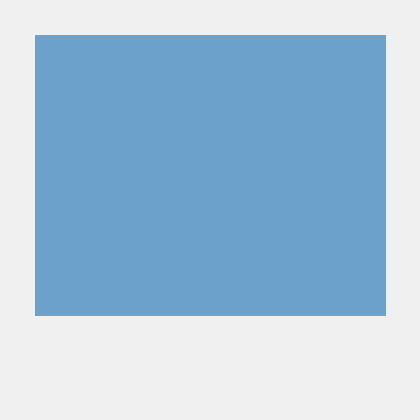 Lightweight profiler for PHP (based on facebook/xhprof)

uprofiler is a hierarchical profiler for PHP. It reports function-level call counts and inclusive and exclusive metrics such as wall (elapsed) time, CPU time and memory usage. A function’s profile can be broken down by callers or callees. The raw data collection component is implemented in C as a PHP Zend extension called uprofiler. uprofiler has a simple HTML based user interface (written in PHP). The browser based UI for viewing profiler results makes it easy to view results or to share results with peers. A callgraph image view is also supported.

uprofiler reports can often be helpful in understanding the structure of the code being executed. The hierarchical nature of the reports can be used to determine, for example, what chain of calls led to a particular function getting called.

uprofiler supports ability to compare two runs (a.k.a. “diff” reports) or aggregate data from multiple runs. Diff and aggregate reports, much like single run reports, offer “flat” as well as “hierarchical” views of the profile.

uprofiler is a light-weight instrumentation based profiler. During the data collection phase, it keeps track of call counts and inclusive metrics for arcs in the dynamic callgraph of a program. It computes exclusive metrics in the reporting/post processing phase. uprofiler handles recursive functions by detecting cycles in the callgraph at data collection time itself and avoiding the cycles by giving unique depth qualified names for the recursive invocations.

Originally developed at Facebook, uprofiler was open sourced in Mar, 2009.

For each function, it provides a breakdown of calls and times per parent (caller) & child (callee), such as:

You may want to compare data from two uprofiler runs for various reasons– to figure out what’s causing a regression between one version of the code base to another, to evaluate the performance improvement of a code change you are making, and so on.

A diff report takes two runs as input and provides both flat function-level diff information, and hierarchical information (breakdown of diff by parent/children functions) for each function.

The “flat” view in the diff report points out the top regressions & improvements.

The profile data can also be viewed as a callgraph. The callgraph view highlights the critical path of the program.

It is worth clarifying that that uprofiler doesn’t strictly track each allocation/free operation. Rather it uses a more simplistic scheme. It tracks the increase/decrease in the amount of memory allocated to PHP between each function’s entry and exit. It also tracks increase/decrease in the amount of peak memory allocated to PHP for each function.

For example, an include "lib/common.php"; operation will result in two uprofiler function entries:

uprofiler keeps track of only 1-level of calling context and is therefore only able to answer questions about a function looking either 1-level up or 1-level down. It turns out that in practice this is sufficient for most use cases.

To make this more concrete, take for instance the following example. Say you have:

While uprofiler can tell you that d() was called from c() 50 times, it cannot tell you how many of those calls were triggered due to a() vs. b(). [We could speculate that perhaps 25 were due to a() and 25 due to b(), but that’s not necessarily true.]

In practice however, this isn’t a very big limitation.

The extension lives in the “extension/” sub-directory.

A windows port hasn’t been implemented yet. We have tested uprofiler on Linux/FreeBSD and on Mac OS so far.

uprofiler uses the RDTSC instruction (time stamp counter) to implement a really low overhead timer for elapsed time. So at the moment uprofiler only works on x86 architecture. Also, since RDTSC values may not be synchronized across CPUs, uprofiler binds the program to a single CPU during the profiling period.

uprofiler’s RDTSC based timer functionality doesn’t work correctly if SpeedStep technology is turned on. This technology is available on some Intel processors. [Note: Mac desktops and laptops typically have SpeedStep turned on by default. To use uprofiler, you’ll need to disable SpeedStep.]

The steps below should work for Linux/Unix environments:

Run the above test program:

You can tell uprofiler to ignore a specified list of functions during profiling. This allows you to ignore, for example, functions used for indirect function calls such as call_user_func and call_user_func_array. These intermediate functions unnecessarily complicate the call hierarchy and make the uprofiler reports harder to interpret since they muddle the parent-child relationship for functions called indirectly.

To specify the list of functions to be ignored during profiling use the 2nd (optional) argument to uprofiler_enable. For example:

The uprofiler UI is implemented in PHP. The code resides in two subdirectories, uprofiler_html/ and uprofiler_lib/.

You’ll need to make sure that the uprofiler_html/ directory is accessible from your web server, and that your web server is setup to serve PHP scripts.

Clients have flexibility in how they save the uprofiler raw data obtained from an uprofiler run. The uprofiler UI layer exposes an interface iuprofilerRuns (see uprofiler_lib/utils/uprofiler_runs.php) that clients can implement. This allows the clients to tell the UI layer how to fetch the data corresponding to a uprofiler run.

The uprofiler UI libaries come with a default file based implementation of the iuprofilerRuns interface, namely “uprofilerRuns_Default” (also in uprofiler_lib/utils/uprofiler_runs.php). This default implementation stores runs in the directory specified by uprofiler.output_dir INI parameter.

A uprofiler run must be uniquely identified by a namespace and a run id.

Assuming you are using the default implementation uprofilerRuns_Default of the iuprofilerRuns interface, a typical uprofiler run followed by the save step might look something like:

The above should save the run as a file in the directory specified by the uprofiler.output_dir INI parameter. The file’s name might be something like 49bafaa3a3f66.uprofiler_foo; the two parts being the run id (“49bafaa3a3f66”) and the namespace (“uprofiler_foo”). [If you want to create/assign run ids yourself (such as a database sequence number, or a timestamp), you can explicitly pass in the run id to the save_run method.

b) Using your own implementation of iuprofilerRuns

If you decide you want your uprofiler runs to be stored differently (either in a compressed format, in an alternate place such as DB, etc.) database, you’ll need to implement a class that implements the iuprofilerRuns() interface.

You’ll also need to modify the 3 main PHP entry pages (index.php, callgraph.php, typeahead.php) in the “uprofiler_html/” directory to use the new class instead of the default class uprofilerRuns_Default. Change this line in the 3 files.

You’ll also need to “include” the file that implements your class in the above files.

a) Viewing a Single Run Report

To view the report for run id say

b) Viewing a Diff Report

To view the report for run ids say

You can also specify a set of run ids for which you want an aggregated view/report.

Say you have three uprofiler runs with ids 1, 2 & 3 in namespace “benchmark”. To view an aggregate report of these runs:

Further suppose that the above three runs correspond to three types of programs p1.php, p2.php and p3.php that typically occur in a mix of 20%, 30%, 50% respectively. To view an aggregate report that corresponds to a weighted average of these runs using:

Notes on using uprofiler in production

Some observations/guidelines. Your mileage may vary:

At the end of the request (or in a request shutdown function), you might then do something like:

The uprofiler extension also provides a very light weight sampling mode. The sampling interval is 0.1 secs. Samples record the full function call stack. The sampling mode can be useful if an extremely low overhead means of doing performance monitoring and diagnostics is desired.

The uprofiler_lib/utils/uprofiler_lib.php file contains additional library functions that can be used for manipulating/ aggregating uprofiler runs.

The HTML-based navigational interface for browsing profiler results is inspired by that of a similar tool that exists for Oracle’s stored procedure language, PL/SQL. But that’s where the similarity ends; the internals of the profiler itself are quite different.

Lightweight profiler for PHP (based on facebook/xhprof) ...

Would you tell us more about FriendsOfPHP/uprofiler?