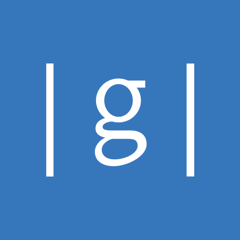 Cryptol: The Language of Cryptography

The Cryptol specification language was designed by Galois for the NSA’s Trusted Systems Research Group as a public standard for specifying cryptographic algorithms. A Cryptol reference specification can serve as the formal documentation for a cryptographic module. Unlike current specification mechanisms, Cryptol is fully executable, allowing designers to experiment with their programs incrementally as their designs evolve.

This release is an interpreter for version 2 of the Cryptol language. The interpreter includes a :check command, which tests predicates written in Cryptol against randomly-generated test vectors (in the style of QuickCheck). There is also a :prove command, which calls out to SMT solvers, such as Yices, Z3, or CVC4, to prove predicates for all possible inputs.

Cryptol currently uses Microsoft Research’s Z3 SMT solver by default to solve constraints during type checking, and as the default solver for the :sat and :prove commands. You can download Z3 binaries for a variety of platforms from their releases page. Note that if you install Cryptol using Homebrew, Z3 will be installed automatically.

After installation, make sure that z3 (or z3.exe on Windows) is on your PATH.

On some 64-bit Linux configurations, 32-bit binaries do not work. This can lead to unhelpful error messages like z3: no such file or directory, even when z3 is clearly present. To fix this, either install 32-bit compatibility packages for your distribution, or download the x64 version of Z3.

In addition to the binaries, the Cryptol source is available publicly on GitHub.

Cryptol builds and runs on various flavors of Linux, Mac OS X, and Windows. We regularly build and test it in the following environments:

Cryptol is developed using GHC 7.10.2 and cabal-install 1.22, though it is still tested with the previous major version of GHC. The easiest way to get the correct versions is to follow the instructions on the haskell.org downloads page.

Some supporting non-Haskell libraries are required to build Cryptol. Most should already be present for your operating system, but you may need to install the following:

From the Cryptol source directory, run:

This will build Cryptol in place. From there, there are additional targets:

If you run cabal install in your source directory after running one of these make targets, you will end up with a binary in .cabal-sandbox/bin/cryptol. You can either use that binary directly, or use the results of tarball or dist to install Cryptol in a location of your choice.

We believe that anyone who uses Cryptol is making an important contribution toward making Cryptol a better tool. There are many ways to get involved.

If you write Cryptol programs that you think would benefit the community, fork the GitHub repository, and add them to the examples/contrib directory and submit a pull request.

If you run into a bug in Cryptol, if something doesn’t make sense in the documentation, if you think something could be better, or if you just have a cool use of Cryptol that you’d like to share with us, use the issues page on GitHub, or send email to [email protected].

If you’d like to get involved with Cryptol development, see the list of low-hanging fruit. These are tasks which should be straightforward to implement. Make a fork of this GitHub repository, send along pull requests and we’ll be happy to incorporate your changes.

The ICryptol notebook interface is now a standalone project.

This package includes an executable in /cryptol-server that provides an interface to the Cryptol interpreter via JSON over ZeroMQ. Currently this is used to support the pycryptol library. It is part of this package because we intend to eventually make the console REPL a client of that server as well. The cryptol-server executable is included in any builds if the CRYPTOL_SERVER environment variable is non-empty when running make, for example:

Where to Look Next

The docs directory of the installation package contains an introductory book, the examples directory contains a number of algorithms specified in Cryptol.

If you are familiar with version 1 of Cryptol, you should read the Version2Changes document in the docs directory.

Cryptol is still under active development at Galois. We are also building tools that consume both Cryptol specifications and implementations in (for example) C or Java, and can (with some amount of work) allow you to verify that an implementation meets its specification. Email us at [email protected] if you’re interested in these capabilities.

We hope that Cryptol is useful as a tool for educators and students, commercial and open source authors of cryptographic implementations, and by cryptographers to

Cryptol: The Language of Cryptography ...

A Cryptol major mode for Emacs. ...

Would you tell us more about GaloisInc/cryptol?