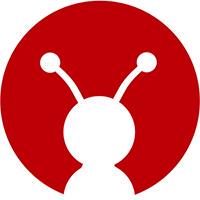 What is really great with NativeBase is that you can use shared UI cross-platform components, which will drastically increase your productivity. When using NativeBase, you can use any native third-party libraries out of the box.

Recommended by Microsoft > If you’re looking to get started with React Native + CodePush, and are looking for an awesome starter kit, you should check out Native Starter Pro - Microsoft’s react-native-code-push repo

Install Peer Dependencies
The peer dependencies included from any npm packages does not automatically get installed. Your application will not depend on it explicitly.

Note
NativeBase uses some custom fonts that can be loaded using loadAsync function. Check out this expo link.
Synatx

Check out the KitchenSink with CRNA for an example of the implementation.

NativeBase is made from effective building blocks referred to as components. The Components are constructed in pure React Native platform along with some JavaScript functionality with rich set of customisable properties. These components allow you to quickly build the perfect interface.

Having tried with the free version, Native Starter Kit and appreciate our product?

We are GeekyAnts, a startup based in Bangalore, India with 50+ developers in strength. We have been very active in the React / React Native community where we have developed StrapUI and StartReact. Our other products include StartLaravel and StartAngular.

An example app with all the UI components of NativeBase ...

Would you tell us more about GeekyAnts/NativeBase?