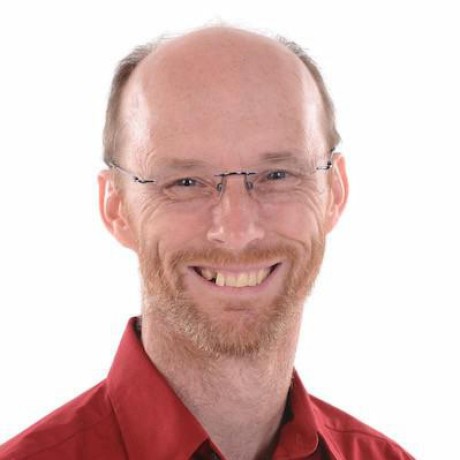 The mod_wsgi package provides an Apache module that implements a WSGI compliant interface for hosting Python based web applications on top of the Apache web server.

Installation of mod_wsgi can now be performed in one of two ways.

The first way of installing mod_wsgi is the traditional way that has been used in the past, where it is installed as a module directly into your Apache installation.

The second and newest way of installing mod_wsgi is to install it as a Python package into your Python installation.

This new way of installing mod_wsgi will compile not only the Apache module for mod_wsgi, but will also install a set of Python modules and an admin script for running up Apache directly from the command line with an auto generated configuration.

This later mechanism for running up Apache, which is referred to as the mod_wsgi express version, provides a much simpler way of getting starting with hosting your Python web application.

In particular, the new installation method makes it very easy to use Apache/mod_wsgi in a development environment without the need to perform any Apache configuration yourself.

With either installation method for mod_wsgi, you obviously must have Apache installed.

If running Linux, any corresponding developer variant of the specific Apache package you are using also needs to be installed. This is required in order to be able to compile mod_wsgi from source code.

For example, on Ubuntu Linux with Apache 2.2, if you were using the Apache prefork MPM you would need both:

If instead you were using the Apache worker MPM, you would need both:

In general it is recommend you use the Apache worker MPM where you have a choice, although mod_wsgi will work with both, as well as the event and ITK MPM, plus winnt MPM on Windows.

If you are running MacOS X, the Apache server and required developer files for compiling mod_wsgi are already present.

Also see the documentation if wishing to use mod_wsgi on Windows as the method of installing direct into your Python installation will not work on Windows.

To install the mod_wsgi express version directly into your Python installation, from within the source directory of the mod_wsgi package you can run::

This will compile mod_wsgi and install the resulting package into your Python installation.

If wishing to install an official release direct from PyPi, you can instead run::

If you wish to use a version of Apache which is installed into a non standard location, you can set and export the APXS environment variable to the location of the Apache apxs script for your Apache installation before performing the installation.

Note that nothing will be copied into your Apache installation at this point. As a result, you do not need to run this as the root user unless installing it into a site wide Python installation rather than a Python virtual environment.

To verify that the installation was successful, run the mod_wsgi-express script with the start-server command::

This will start up Apache/mod_wsgi on port 8000. You can then verify that the installation worked by pointing your browser at::

When started in this way, the Apache web server will stay in the foreground. To stop the Apache server, use CTRL-C.

For a simple WSGI application contained in a WSGI script file called wsgi.py, in the current directory, you can now run::

This instance of the Apache web server will be completely independent of, and will not interfere with any existing instance of Apache you may have running on port 80.

If you already have another web server running on port 8000, you can override the port to be used using the --port option::

For a complete list of options you can run::

Many Linux distributions have a tendency to screw around with the standard Apache Software Foundation layout for installation of Apache. This can include renaming the Apache httpd executable to something else, and in addition to potentially renaming it, replacing the original binary with a shell script which performs additional actions which can only be performed as the root user.

In the case of the httpd executable simply being renamed, the executable will obviously not be found and mod_wsgi express will fail to start at all.

In this case you should work out what the httpd executable was renamed to and use the --httpd-executable option to specify its real location.

For example, if httpd was renamed to apache2, you might need to use::

The primary intention of mod_wsgi express is to make it easier for users to run up Apache on non privileged ports, especially during the development of a Python web application. If you want to be able to run Apache using mod_wsgi express on a privileged port such as the standard port 80 used by HTTP servers, then you will need to run mod_wsgi-express as root. In doing this, you will need to perform additional steps.

The first thing you must do is supply the --user and --group options to say what user and group your Python web application should run as. Most Linux distributions will pre define a special user for Apache to run as, so you can use that. Alternatively you can use any other special user account you have created for running the Python web application::

This approach to running mod_wsgi-express will be fine so long as you are using a process supervisor which expects the started process to remain in the foreground and not daemonize.

If however you are directly integrating into the system init scripts where separate start and stop commands are expected, with the executing process expected to be daemonized, then a different process is required to setup mod_wsgi express.

In this case, instead of simply using the start-server command to mod_wsgi-express you should use setup-server::

In running this command, it will not actually startup Apache. All it will do is create the set of configuration files and startup script to be run.

So that these are not created in the default location of a directory under /tmp, you should use the --server-root option to specify where they should be placed.

Having created the configuration and startup script, to start the Apache instance you can now run::

To subsequently stop the Apache instance you can run::

You can also restart the Apache instance as necessary using::

Note that even taking all these steps, it is possible that running up Apache as root using mod_wsgi express may fail on systems where SELinux extensions are enabled. This is because the SELinux profile may not match what is being expected for the way that Apache is being started, or alternatively, the locations that Apache has been specified as being allowed to access, don’t match where the directory specified using the --server-root directory was placed. You may therefore need to configure SELinux or move the directory used with --server-root to an allowed location.

settings module and add mod_wsgi.server to the list of installed apps.

settings module and add mod_wsgi.server to the list of installed apps.

dule and add mod_wsgi.server to the list of installed apps.

To prepare for running of the mod_wsgi express version, ensure that you first collect up any Django static file assets into the directory specified for them in the Django settings file::

You can now run the Apache server with mod_wsgi hosting your Django application by running::

If using New Relic <http://www.newrelic.com/>_ for application performance monitoring, and you already have the newrelic package installed and your Python agent configuration file generated, you can use the --with-newrelic option.

A Flask skeleton for Apache/mod_wsgi deployment and many other goodies ...

Fabfile and default project layout for deploying Django with Nginx, Apache mod_wsgi, Postgres, and Postfix. I don't use this anymore and I'm not sure you should either. ...

Getting into Django a bit and learning how to set it up with mod_wsgi. Will be updating and editing notes/blogs about my experience here and on my website below. Feel free to comment. ...

Would you tell us more about GrahamDumpleton/mod_wsgi?