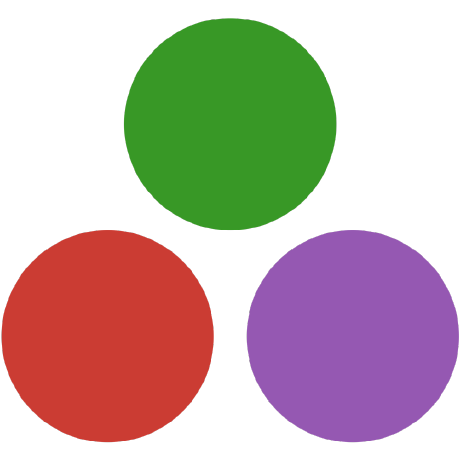 IJulia is a Julia-language backend combined with the Jupyter interactive environment (also used by IPython). This combination allows you to interact with the Julia language using Jupyter/IPython’s powerful graphical notebook, which combines code, formatted text, math, and multimedia in a single document.

(IJulia notebooks can also be re-used in other Julia code via the NBInclude package.)

First, download Julia version 0.4 or later and run the installer. Then run the Julia application (double-click on it); a window with a julia> prompt will appear. At the prompt, type:

By default on Mac and Windows, the Pkg.add process will use the Conda.jl package to install a minimal Python+Jupyter distribution (via Miniconda) that is private to Julia (not in your PATH). (You can use using IJulia followed by IJulia.jupyter to find the location jupyter where was installed.) On Linux, it defaults to looking for jupyter in your PATH first, and only installs the Conda Jupyter if that fails; you can force it to use Conda on Linux by setting ENV["JUPYTER"]="" first (see below).

Alternatively, you can install Jupyter (or IPython 3 or later) yourself before adding the IJulia package. To tell IJulia to use your own jupyter installation, you need to set ENV["JUPYTER"] to the path of the jupyter program before running Pkg.add("IJulia"). Alternatively, you can change which jupyter program IJulia is configured with by setting ENV["JUPYTER"] and then running Pkg.build("IJulia").

The simplest way to install Jupyter yourself on Mac and Windows, other than using Julia’s Conda distro, is to download the Anaconda package and run its installer. (We recommend that you not use Enthought Canopy/EPD, since that can cause problems with the PyCall package.)

On subsequent builds (e.g. when IJulia is updated via Pkg.update), it will use the same jupyter program by default, unless you override it by setting the JUPYTER environment variable, or delete the file joinpath(Pkg.dir("IJulia"), "deps", "JUPYTER"). You can go back to using the Conda jupyter by setting ENV["JUPYTER"]="" and re-running Pkg.build("IJulia").

In Julia, at the julia> prompt, you can type

to launch the IJulia notebook in your browser. You can use notebook(detached=true) to launch a notebook server in the background that will persist even when you quit Julia. This is also useful if you want to keep using the current Julia session instead of opening a new one.

By default, the notebook “dashboard” opens in your home directory (homedir()), but you can open the dashboard in a different directory with notebook(dir="/some/path").

Alternatively, you can run

from the command line (the Terminal program in MacOS or the Command Prompt in Windows). Note that if you installed jupyter via automated Miniconda installer in Pkg.add, above, then jupyter may not be in your PATH; type import Conda; Conda.SCRIPTDIR in Julia to find out where Conda installed jupyter.

A “dashboard” window like this should open in your web browser. Click on the New button and choose the Julia option to start a new “notebook”. A notebook will combine code, computed results, formatted text, and images, just as in IPython. You can enter multiline input cells and execute them with shift-ENTER, and the menu items are mostly self-explanatory. Refer to the the IPython documentation for more information, and see also the “Help” menu in the notebook itself.

Given an IJulia notebook file, you can execute its code within any other Julia file (including another notebook) via the NBInclude package.

Julia is improving rapidly, so it won’t be long before you want to update to a more recent version. To update the packages only, keeping Julia itself the same, just run:

at the Julia prompt (or in IJulia).

If you download and install a new version of Julia from the Julia web site, you will also probably want to update the packages with Pkg.update() (in case newer versions of the packages are required for the most recent Julia). In any case, if you install a new Julia binary (or do anything that changes the location of Julia on your computer), you must update the IJulia installation (to tell Jupyter where to find the new Julia) by running

at the Julia command line (important: not in IJulia).

There are various features of IJulia that allow you to interact with a running IJulia kernel.

Detecting that code is running under IJulia

If your code needs to detect whether it is running in an IJulia notebook (or other Jupyter client), it can check isdefined(Main, :IJulia) && Main.IJulia.inited.

One difference from IPython is that the IJulia kernel does not use “magics”, which are special commands prefixed with % or %% to execute code in a different language. Instead, other syntaxes to accomplish the same goals are more natural in Julia, work in environments outside of IJulia code cells, and are often more powerful.

However, if you enter an IPython magic command in an IJulia code cell, it will print help explaining how to achieve a similar effect in Julia if possible. For example, the analogue of IPython’s %load filename in IJulia is IJulia.load("filename").

When you are running in a notebook, ordinary I/O functions on STDIN do not function. However, you can prompt for the user to enter a string in one of two ways:

Analogous to the IPython.display.clear_output() function in IPython, IJulia provides a function:

to clear the output from the current input cell. If the optional wait argument is true, then the front-end waits to clear the output until new output is available to replace it (to minimize flickering). This is useful to make simple animations, via repeated calls to IJulia.clear_output(true) followed by calls to display(...) to display a new animation frame.

When Julia displays a large data structure such as a matrix, by default it truncates the display to a given number of lines and columns. In IJulia, this truncation is to 30 lines and 80 columns by default. You can change this default by the LINES and COLUMNS environment variables, respectively, which can also be changed within IJulia via ENV (e.g. ENV["LINES"] = 60). (Like in the REPL, you can also display non-truncated data structures via print(x).)

The new default behavior of IJulia is to truncate stdout (via show or println) after 512kb. This to prevent browsers from getting bogged down when displaying the results. This limit can be increased to a custom value, like 1MB, as follows

While we strongly recommend using IPython version 3 or later (note that this has nothing to do with whether you use Python version 2 or 3), we recognize that in the short term some users may need to continue using IPython 2.x. You can do this by checkout out the ipython2 branch of the IJulia package:

First, you will need to install a few prerequisites:

Once IPython 3.0+ and Julia 0.4+ are installed, you can install IJulia from a Julia console by typing:

This will download IJulia and a few other prerequisites, and will set up a Julia kernel for IPython.

If the command above returns an error, you may need to run Pkg.update(), then retry it, or possibly run Pkg.build("IJulia") to force a rebuild.

If IJulia is crashing (e.g. it gives you a “kernel appears to have died” message), you can modify it to print more descriptive error messages to the terminal: edit your IJulia/src/IJulia.jl file (in your .julia package directory) to change the line verbose = false at the top to verbose = true and const capture_stderr = true to const capture_stderr = false. Then restart the kernel or open a new notebook and look for the error message when IJulia dies.

A small macro to make re-defining types in a REPL or IJulia Notebook possible without restarting. ...

Julia kernel and magics for IPython ...

Would you tell us more about JuliaLang/IJulia.jl?