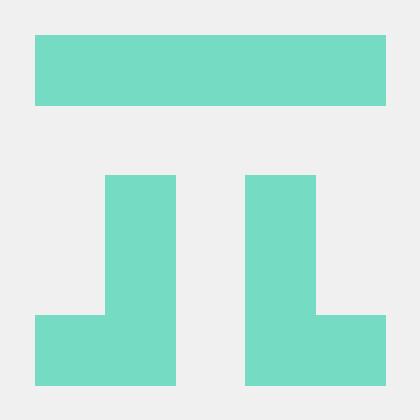 The NLsolve package solves systems of nonlinear equations. Formally, if f is a multivariate function, then this package looks for some vector x that satisfies f(x)=0.

The package is also able to solve mixed complementarity problems, which are similar to systems of nonlinear equations, except that the equality to zero is allowed to become an inequality if some boundary condition is satisfied. See further below for a formal definition and the related commands.

Since there is some overlap between optimizers and nonlinear solvers, this package borrows some ideas from the Optim package, and depends on it for linesearch algorithms.

We consider the following bivariate function of two variables:

In order to find a zero of this function and display it, you would write the following program:

Second, when calling the nlsolve function, it is necessary to give a starting point to the iterative algorithm.

Specifying the function and its Jacobian

There are various ways of specifying the residuals function and possibly its Jacobian.

This is the most efficient method, because it minimizes the memory allocations.

In the following, it is assumed that have defined a function f!(x::Vector, fx::Vector) computing the residual of the system at point x and putting it into the fx argument.

In turn, there 3 ways of specifying how the Jacobian should be computed:

If you do not have a function that compute the Jacobian, it is possible to have it computed by finite difference. In that case, the syntax is simply:

Alternatively, you can construct an object of type DifferentiableMultivariateFunction and pass it to nlsolve, as in:

Another option if you do not have a function computing the Jacobian is to use automatic differentiation, thanks to the ForwardDiff package. The syntax is simply:

If, in addition to f!, you have a function g!(x::Vector, gx::Array) for computing the Jacobian of the system, then the syntax is, as in the example above:

Note that you should not assume that the Jacobian gx passed in argument is initialized to a zero matrix. You must set all the elements of the matrix in the function g!.

Alternatively, you can construct an object of type DifferentiableMultivariateFunction and pass it to nlsolve, as in:

Optimization of simultaneous residuals and Jacobian

If, in addition to f! and g!, you have a function fg!(x::Vector, fx::Vector, gx::Array) that computes both the residual and the Jacobian at the same time, you can use the following syntax:

If the function fg! uses some optimization that make it costless than calling f! and g! successively, then this syntax can possibly improve the performance.

There are other helpers for two other cases, described below. Note that these cases are not optimal in terms of memory management.

If only f! and fg! are available, the helper function only_f!_and_fg! can be used to construct a DifferentiableMultivariateFunction object, that can be used as first argument of nlsolve. The complete syntax is therefore:

If only fg! is available, the helper function only_fg! can be used to construct a DifferentiableMultivariateFunction object, that can be used as first argument of nlsolve. The complete syntax is therefore:

With functions returning residuals and Jacobian as output

Here it is assumed that you have a function f(x::Vector) that returns a newly-allocated vector containing the residuals. The helper function not_in_place can be used to construct a DifferentiableMultivariateFunction object, that can be used as first argument of nlsolve. The complete syntax is therefore:

Finite-differencing is used to compute the Jacobian in that case.

If you have a function f(x::Float64, y::Float64, ...) that takes the point of interest as several scalars and returns a vector or a tuple containing the residuals, you can use the helper function n_ary can be used to construct a DifferentiableMultivariateFunction object, that can be used as first argument of nlsolve. The complete syntax is therefore:

Finite-differencing is used to compute the Jacobian.

If the Jacobian is sparse

If the Jacobian of your function is sparse, it is possible to ask the routines to manipulate sparse matrices instead of full ones, in order to increase performance on large systems. This can be achieved by constructing an object of type DifferentiableSparseMultivariateFunction:

It is possible to give an optional third function fg! to the constructor, as for the full Jacobian case.

The second argument of g! (and the third of fg!) is assumed to be of the same type as the one returned by the function spzeros (i.e. SparseMatrixCSC).

Note that on the first call to g! or fg!, the sparse matrix passed in argument is empty, i.e. all its elements are zeros. But this matrix is not reset across function calls. So you need to be careful and ensure that you don’t forget to overwrite all nonzeros elements that could have been initialized by a previous function call. If in doubt, you can clear the sparse matrix at the beginning of the function. If gx is the sparse Jacobian, this can be achieved with:

Another solution is to directly pass a Jacobian matrix with a given sparsity. To do so, construct an object of type DifferentiableGivenSparseMultivariateFunction

If g! conserves the sparsity structure of gx, gx will always have the same sparsity as J. This sometimes allow to write a faster version of g!.

Two algorithms are currently available. The choice between the two is achieved by setting the optional method argument of nlsolve. The default algorithm is the trust region method.

This is the well-known solution method which relies on a quadratic approximation of the least-squares objective, considered to be valid over a compact region centered around the current iterate.

This method is selected with method = :trust_region.

This is the classical Newton algorithm with optional linesearch.

This method is selected with method = :newton.

This method accepts a custom parameter linesearch!, which must be equal to a function computing the linesearch. Currently, available values are taken from the LineSearches package. By default, no linesearch is performed. Note: it is assumed that a passed linesearch function will at least update the solution vector and evaluate the function at the new point.

Other optional arguments to nlsolve, available for all algorithms, are:

Given a multivariate function f and two vectors a and b, the solution to the mixed complementarity problem (MCP) is a vector x such that one of the following holds for every index i:

The package solves MCPs by reformulating them as the solution to a system of nonlinear equations (as described by Miranda and Fackler, 2002, though NLsolve uses the sign convention opposite to theirs).

The function mcpsolve solves MCPs. It takes the same arguments as nlsolve, except that the vectors a and b must immediately follow the argument(s) corresponding to f (and possibly its derivative). There is also an extra optional argument reformulation, which can take two values:

Here is a complete example:

Would you tell us more about JuliaNLSolvers/NLsolve.jl?