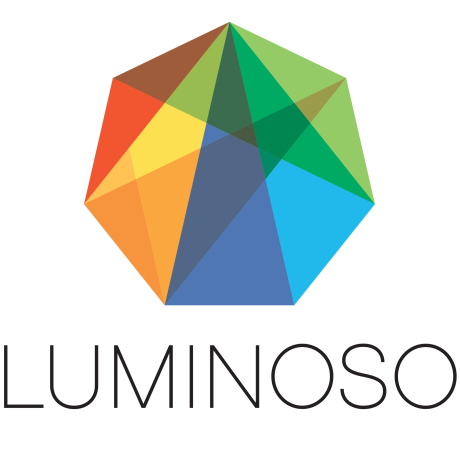 A Python library for working with and comparing language codes.

Langcodes: a library for language codes

langcodes knows what languages are. It knows the standardized codes that refer to them, such as en for English, es for Spanish and hi for Hindi. Often, it knows what these languages are called in a language, and that language doesn’t have to be English.

It may sound to you like langcodes solves a pretty boring problem. At one level, that’s right. Sometimes you have a boring problem, and it’s great when a library solves it for you.

But there’s an interesting problem hiding in here. How do you work with language codes? How do you know when two different codes represent the same thing? How should your code represent relationships between codes, like the following?

One way to know is to read IETF standards and Unicode technical reports. Another way is to use a library that implements those standards and guidelines for you, which langcodes does.

langcodes is maintained by Rob Speer at Luminoso, and is released as free software under the MIT license. Luminoso has more free software. We’re also hiring developers.

Although this is not the only reason to use it, langcodes will make you more acronym-compliant.

langcodes implements BCP 47, the IETF Best Current Practices on Tags for Identifying Languages. BCP 47 is also known as RFC 5646. It subsumes standards such as ISO 639, and it also implements recommendations from the Unicode CLDR.

The package also comes with a database of language properties and names, built from CLDR and the IANA subtag registry.

In summary, langcodes takes language codes and does the Right Thing with them, and if you want to know exactly what the Right Thing is, there are some documents you can go read.

This function standardizes tags, as strings, in several ways.

It replaces overlong tags with their shortest version, and also formats them according to the conventions of BCP 47:

It removes script subtags that are redundant with the language:

It replaces deprecated values with their correct versions, if possible:

Sometimes this involves complex substitutions, such as replacing Serbo-Croatian (sh) with Serbian in Latin script (sr-Latn), or the entire tag sgn-US with ase (American Sign Language).

If macro is True, it uses macrolanguage codes as a replacement for the most common standardized language within that macrolanguage.

Even when macro is False, it shortens tags that contain both the macrolanguage and the language:

If the tag can’t be parsed according to BCP 47, this will raise a LanguageTagError (a subclass of ValueError):

The tag_match_score function returns a number from 0 to 100 indicating the strength of match between the language the user desires and a supported language.

This is very similar to the scale that CLDR uses, but we’ve added the ability to compare languages within macrolanguages. So this function does not purport to return exactly the same results as another package built on CLDR, such as ICU. It just uses the same source data. The specific values are only very vaguely standardized anyway.

This table summarizes the match values:

See the docstring of tag_match_score for more explanation and examples.

The min_score parameter sets the minimum score that will be allowed to match. If all the scores are less than min_score, the result will be ‘und’ with a strength of 0.

When there is a tie for the best matching language, the first one in the tie will be used.

Setting min_score lower will enable more things to match, at the cost of possibly mis-handling data or upsetting users.

Here are some examples. (If you want to know what these language tags mean, scroll down and learn about the language_name method!)

This package defines one class, named Language, which contains the results of parsing a language tag. Language objects have the following fields, any of which may be unspecified:

By default, it will replace non-standard and overlong tags as it interprets them. To disable this feature and get the codes that literally appear in the language tag, use the normalize=False option.

Here are some examples of replacing non-standard tags:

Use the str() function on a Language object to convert it back to its standard string form:

It’s often helpful to be able to describe a language code in a way that a user (or you) can understand, instead of in inscrutable short codes. The language_name method lets you describe a Language object in a language.

The .language_name(language, min_score) method will look up the name of the language. The names come from the IANA language tag registry, which is only in English, plus CLDR, which names languages in many commonly-used languages.

The default language for naming things is English:

But you can ask for language names in numerous other languages:

Why does everyone get Slovak and Slovenian confused? Let’s ask them.

Naming a language in itself is sometimes a useful thing to do, so the .autonym() method makes this easy:

These names only apply to the language part of the language tag. You can also get names for other parts with .script_name(), .region_name(), or .variant_names(), or get all the names at once with .describe().

The names come from the Unicode CLDR data files, and in English they can also come from the IANA language subtag registry. Together, they can give you language names in the 196 languages that CLDR supports.

As the reverse of the above operation, you may want to look up a language by its name, converting a natural language name such as “French” to a code such as ‘fr’. The name can be in any language that CLDR supports.

There is still room to improve this using fuzzy matching, when a language is not consistently named the same way. The method currently works with hundreds of language names that are used on en.wiktionary.org.

The langcodes package is written natively in Python 3, and takes advantage of its syntax and features.

I’m aware that you may want to use langcodes on Python 2, so there’s a backport. It’s in the “py2” branch of this repository, and it’s on PyPI as langcodes-py2. Some things you should be aware of:

There are many more methods for manipulating and comparing language codes, and you will find them documented thoroughly in the code itself.

The interesting functions all live in this one file, with extensive docstrings and annotations. Making a separate Sphinx page out of the docstrings would be the traditional thing to do, but here it just seems redundant. You can go read the docstrings in context, in their native habitat, and they’ll always be up to date.

A Python library for working with and comparing language codes. ...

Would you tell us more about LuminosoInsight/langcodes?