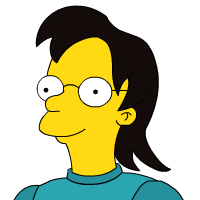 The FR3DLdapBundle adds support for provide and/or authenticate users with a LDAP Directory in Symfony2.

Note: This bundle cannot work as standalone at this moment and requires an User Manager (For ex: FOSUserBundle)

The bulk of the documentation is stored in the Resources/doc/index.md file in this bundle:

All the installation instructions are located in documentation.

This bundle is under the MIT license. See the complete license in the bundle:

Reporting an issue or a feature request

Issues and feature requests are tracked in the GitHub issue tracker.

When reporting a bug, it may be a good idea to reproduce it in a basic project built using the Symfony Standard Edition to allow developers of the bundle to reproduce the issue by simply cloning it and following some steps.

This bundle improves FR3DLdapBundle by adding the ability to connect to multiple LDAP domains. ...

Would you tell us more about Maks3w/FR3DLdapBundle?