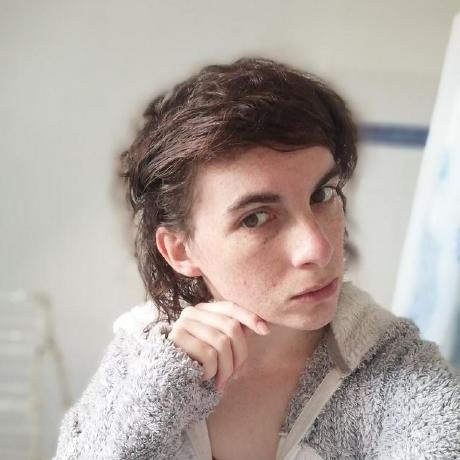 It would be nice if only one or two of the sorting methods would dominate all of the others, regardless of application or the computer being used. But in fact, each method has its own peculiar virtues. […] Thus we find that nearly all of the algorithms deserve to be remembered, since there are some applications in which they turn out to be best. — Donald Knuth, The Art Of Computer Programming, Volume 3

cpp-sort is a generic C++14 header-only sorting library. It revolves around one main generic sorting interface and provides several small tools to pick and/or design sorting algorithms. Using its basic sorting features should be trivial enough:

cpp-sort actually provides a full set of sorting-related features. The most important one is probably the concept of sorters and sorter adapters. Sorters are function objects implementing a sorting algorithm and sorter adapters are special class templates designed to adapt sorters and alter their behaviour in some specific manner. The library provides sorters implementing common and not-so-common sorting algorithms as well as some specific adapters. It also provides fixed-size sorters and tools such as sorter facade or sorter traits, designed to craft your own sorters. Here is a more complete example of what the library can do:

You can read more about all the available tools and find some tutorials about using and extending cpp-sort in the wiki.

The following graph has been generated with a script found in the benchmarks directory. It shows the time needed for one sorting algorithm to sort one million shuffled std::array<int, N> of sizes 0 to 15. It compares the sorters generally used to sort small arrays: 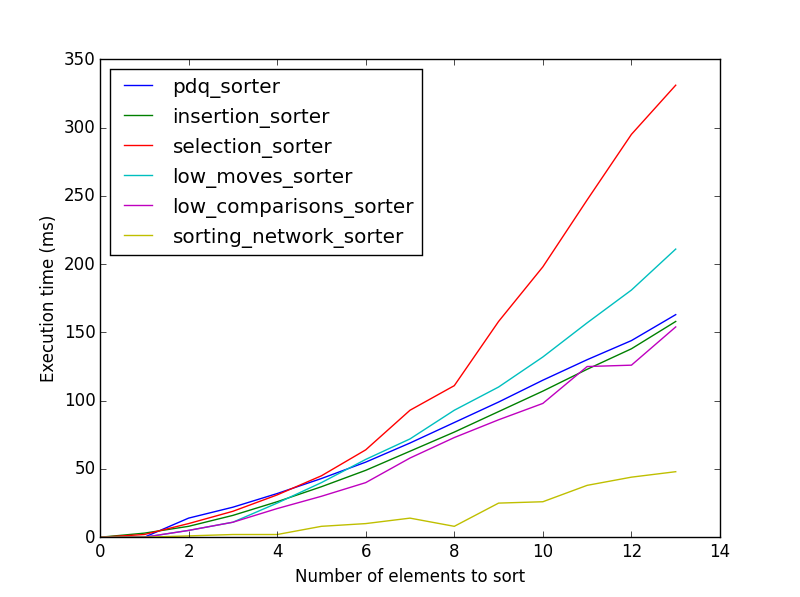 These results were generated with MinGW g++ 5.2 with the compiler options -std=c++14 -O3 -march=native. This benchmark is just an example to make the introduction look good. You can find more commented benchmarks in the dedicated wiki page.

cpp-sort currently works with g++5 and clang++3.8. It uses some of the most recent (and not widely supported) C++14 features and will probably use the C++17 features once they are available. The overall goal is to make sure that the library works with the latest g++ and clang++ versions, without going out of its way to support older releases.

In the future, the branches will follow the following pattern: the master branch will remain C++14 and there will be a C++17 branch. There will be other branches forking the C++17 one for some of the published Technical Specifications (for example, there will likely be a branch for the concepts TS); these branches will eventually be merged in the C++17 one when the corresponding technical specifications are merged into the current C++ working draft (or in a C++20 branch if the specifications do not make it in time for the C++17 release). Of course the creation of such branches will depend on compiler support: if a feature isn’t supported by either the latest g++ or clang++, I won’t use it before the following release.

Even though some parts of the library are original research and some others correspond to custom and rather naive implementations of standard sorting algorithms, cpp-sort also reuses a great deal of code from open-source projects, often slightly altered to integrate seamlessly into the library. Here is a list of the external resources used to create this library. I hope that the many different licenses are compatible. If it is not the case, please contact me (or submit an issue) and we will see what can be done about it:

A generic linked list implementation. Could be used for a stack, queue, or to easily sort comparable objects. ...

Would you tell us more about Morwenn/cpp-sort?