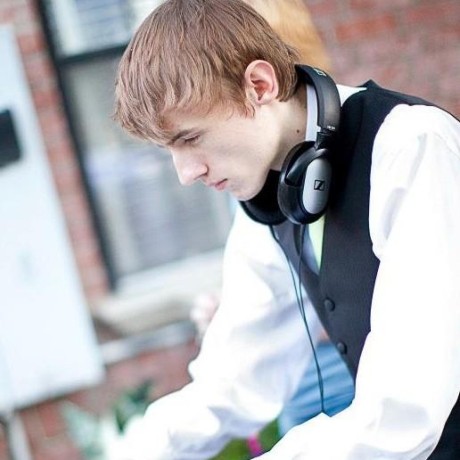 This is not a map, a map is included, but the main goal of this app is to gather data and put it in a database for further analysis.

worker.py gets a rectangle from start/end coordinates (configured in config.py) and spawns n workers. Each of the workers use different accounts to scan their surrounding areas for Pokemon. To put it simply: you can scan an entire city for Pokemon. All gathered information is put into a database for further analysis. worker.py is fully threaded and logs in again after X scans just to make sure the connection with the server is in a good state. It’s also capable of restarting workers that are misbehaving, so that the data-gathering process is uninterrupted.

There’s also a simple interface that displays active Pokemon on a map, and can generate nice-looking reports.

Here it is in action:

And here are workers together with their area of scan:

/u/gprez made a great tutorial on Reddit. Check it out if you’re not familiar with Python applications or databases.

Note: Pokeminer works with Python 3.5 only. Python 2.7 is not supported and is not compatible at all since I moved from threads to coroutines. Seriously, it’s 2016, Python 2.7 hasn’t been developed for 6 years, why don’t you upgrade already?

Create the database by running Python interpreter. Note that if you want more than 10 workers simultaneously running, SQLite is probably not the best choice.

Copy config.py.example to config.py and modify as you wish. See wiki page for explanation on properties.

How many workers do I need?

Longer version: there’s a set delay between each scan, and one spawn lasts for at least 15 minutes; so to avoid missing spawns there is a limit to the PPC (points per cycle) each worker can be assigned. As I’m writing this the scan delay is set to 10, so combining that with 15-minute spawn times gives a maximum of 90 PPC. You can check that value in worker.py’s status window.

And how many workers do you need? Let’s calculate that for a hexagonal grid:

For example, a radius of 5.5km is around 95km² and with the formula above would be ~80 workers.

Credits go to Aiyubi who did the original math. Thanks!

There are three reports, all available as web pages on the same server as the live map:

The gyms statistics server is in a separate file, because it’s intended to be shared publicly as a webpage. 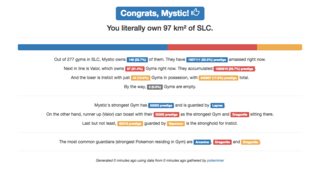 This project is based on the coroutines branch of pokeminer. Pokeminer was originally based on an early version of PokemonGo-Map, but no longer shares any code with it. It currently uses pgoapi.

Would you tell us more about Noctem/pokeminer?