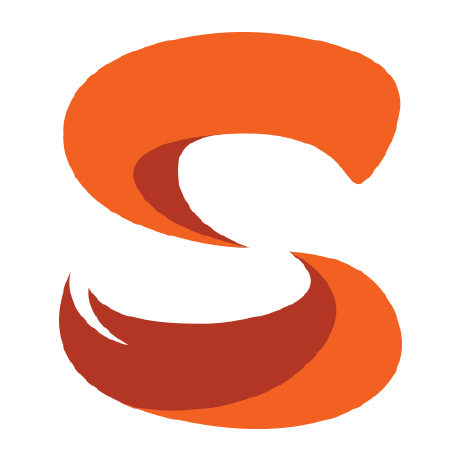 Cuckoo was created due to lack of a proper Swift mocking framework. We built the DSL to be very similar to Mockito, so anyone using it in Java/Android can immediately pick it up and use it.

To have a chat, join our Slack team!

How does it work

Cuckoo has two parts. One is the runtime and the other one is an OS X command-line tool simply called CuckooGenerator.

Unfortunately Swift does not have a proper reflection, so we decided to use a compile-time generator to go through files you specify and generate supporting structs/classes that will be used by the runtime in your test target.

The generated files contain enough information to give you the right amount of power. They work based on inheritance and protocol adoption. This means that only overridable things can be mocked. We currently support all features which fulfill this rule except for things listed in TODO. Due to the complexity of Swift it is not easy to check for all edge cases so if you find some unexpected behavior please report it in issues.

List of all changes and new features can be found here.

We are still missing support for some important features like: * inheritance (grandparent methods) * generics

What will not be supported

Due to the limitations mentioned above, basically all things which don’t allow overriding cannot be supported. This includes: * struct - workaround is to use a common protocol * everything with final or private modifier * global constants and functions * static properties and methods

Cuckoo works on the following platforms:

We plan to add a watchOS 2+ support soon.

Cuckoo runtime is available through CocoaPods. To install it, simply add the following line to your test target in your Podfile:

To use Cuckoo with Carthage add in your Cartfile this line:

Then use the Run script from above and replace

Also don’t forget to add the Framework into your project.

Usage of Cuckoo is similar to Mockito and Hamcrest. But there are some differences and limitations caused by generating the mocks and Swift language itself. List of all supported features can be found below. You can find complete example in tests.

Mocks can be created with the same constructors as the mocked type. If you want to spy on object you can call spy(on: Type) method. Name of mock class always corresponds to name of the mocked class/protocol with Mock prefix. For example mock of protocol Greeter has a name MockGreeter.

Note: It is currently possible for the subbing object to escape from the closure. You can still use it to stub calls but it is not recommended practice and behavior of this may change in the future.

After calling the when function you can specify what to do next with following methods:

Which methods can be used depends on the stubbed method. For example you cannot use the thenThrow method with method which cannot throw exception.

Notice the get and set these will be used in verification later.

It is possible to chain stubbing. This is useful if you need to set different behavior for multiple calls in order. The last behavior will last for all other calls. Syntax goes like this:

which is equivalent to:

In both cases first call to readWriteProperty will return 10 and every other will return 20.

You can combine the stubbing methods as you like.

When looking for stub match Cuckoo gives the highest priority to last call of when. This means that calling when multiple times with the same function and matchers effectively overrides previous call. Also more general parameter matchers have to be used before specific ones.

In this example calling countCharacters with a will return 1. If you reversed the order of stubbing then the output would be 10.

After previous steps the stubbed method can be called. It is up to you to inject this mock into your production code.

Note: Call on mock which wasn’t stubbed will cause error. In case of spy, the real code will execute.

For verifying calls there is function verify. Its first parameter is mocked object, optional second parameter is call matcher. Then the call with its parameters follows.

Verification of properties is similar to their stubbing.

You can check if there are no more interactions on mock with function verifyNoMoreInteractions.

You can use ArgumentCaptor to capture arguments in verification of calls (doing that in stubbing is not recommended). Here is an example code:

As you can see, method capture() is used to create matcher for the call and then you can get the arguments via properties value and allValues. value returns last captured argument or nil if none. allValues returns array with all captured values.

As parameters of methods in stubbing and verification you can use objects which conform to Matchable protocol.

These basic values are extended to conform to Matchable:

Note: Optional types (for example Int?) cannot be used directly. You need to wrap them with eq function.

Matching of nil can be achieved with equal(to: nil).

Matchable can be chained with methods or and and like so:

As a second parameter of verify function you can use instances of CallMatcher. Its primary function is to assert how many times was the call made. But the matches function has a parameter of type [StubCall] which means you can use custom CallMatcher to inspect the stub calls or for some side effect.

Note: Call matchers are applied after the parameter matchers. So you get only stub calls of wanted method with correct arguments.

Following functions are used to reset stubbing and/or invocations on mocks.

Stubs are used in case when you want to suppress real code. Stubs are different from Mocks in that they don’t support stubbing and verification. They can be created with the same constructors as the mocked type. Name of stub class always corresponds to name of the mocked class/protocol with Stub suffix. For example stub of protocol Greeter has a name GreeterStub.

When method or property is called on stub nothing happens. If some type has to be returned then DefaultValueRegistry will provide default value. Stubs can be used to set implicit (no) behavior to mocks without the need to use thenDoNothing() like this: MockGreeter().spy(on: GreeterStub()).

DefaultValueRegistry is used in Stubs to get default values for return types. It knows only default Swift types, sets, arrays, dictionaries, optionals and tuples (up to 6 values). Tuples for more values can be added with extensions. Custom types must be registered before usage with DefaultValueRegistry.register<T>(value: T, forType: T.Type). Default values can be changed with the same method. Sets, arrays, etc. do not have to be registered if their generic type is already registered.

Method DefaultValueRegistry.reset() can be used to delete all value registered by user.

For normal use you can skip this because run script in Cuckoo downloads and builds correct version of the generator automatically.

Simply run brew install cuckoo and you are ready to go.

This is more complicated path. You need to clone this repository and build it yourself. You can look in the run script for more inspiration.

Generator can be called through a terminal. Each call consists of command, options and arguments. Options and arguments depends on used command. Options can have additional parameters. Names of all of them are case sensitive. The order goes like this:

This command accepts arguments, in this case list (separated by spaces) of files for which you want to generate mocks. Also more options can be used to adjust behavior, these are listed below.

Where to put the generated mocks.

If a path to a directory is supplied, each input file will have a respective output file with mocks.

If a path to a Swift file is supplied, all mocks will be in a single file.

A comma separated list of frameworks that should be imported as @testable in the mock files.

Do not generate file headers.

Do not generate timestamp.

Names of generated files in directory will start with this prefix. Only works when output path is directory.

Do not generate mocks for classes.

Prints the version of this generator.

After the help you can write name of another command for displaying a command-specific help.

Cuckoo is available under the MIT License.

A Cuckoo Sandbox Extension for Android ...

Would you tell us more about SwiftKit/Cuckoo?