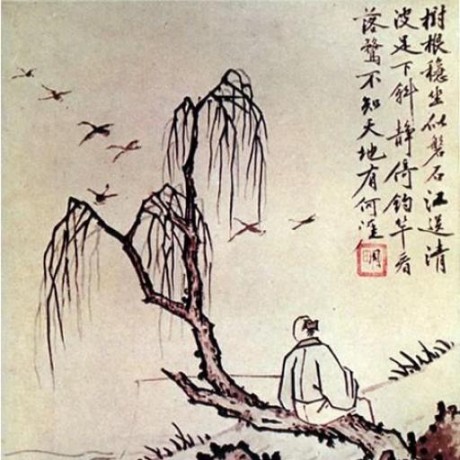 The Python interface to the Redis key-value store.

or alternatively (you really should be using pip though):

The official Redis documentation does a great job of explaining each command in detail (http://redis.io/commands). redis-py exposes two client classes that implement these commands. The StrictRedis class attempts to adhere to the official official command syntax. There are a few exceptions:

In addition to the changes above, the Redis class, a subclass of StrictRedis, overrides several other commands to provide backwards compatibility with older versions of redis-py:

Behind the scenes, redis-py uses a connection pool to manage connections to a Redis server. By default, each Redis instance you create will in turn create its own connection pool. You can override this behavior and use an existing connection pool by passing an already created connection pool instance to the connection_pool argument of the Redis class. You may choose to do this in order to implement client side sharding or have finer grain control of how connections are managed.

ConnectionPools manage a set of Connection instances. redis-py ships with two types of Connections. The default, Connection, is a normal TCP socket based connection. The UnixDomainSocketConnection allows for clients running on the same device as the server to connect via a unix domain socket. To use a UnixDomainSocketConnection connection, simply pass the unix_socket_path argument, which is a string to the unix domain socket file. Additionally, make sure the unixsocket parameter is defined in your redis.conf file. It’s commented out by default.

You can create your own Connection subclasses as well. This may be useful if you want to control the socket behavior within an async framework. To instantiate a client class using your own connection, you need to create a connection pool, passing your class to the connection_class argument. Other keyword parameters your pass to the pool will be passed to the class specified during initialization.

Hiredis is a C library maintained by the core Redis team. Pieter Noordhuis was kind enough to create Python bindings. Using Hiredis can provide up to a 10x speed improvement in parsing responses from the Redis server. The performance increase is most noticeable when retrieving many pieces of data, such as from LRANGE or SMEMBERS operations.

Hiredis is available on Pypi, and can be installed via pip or easy_install just like redis-py.

The client class uses a set of callbacks to cast Redis responses to the appropriate Python type. There are a number of these callbacks defined on the Redis client class in a dictionary called RESPONSE_CALLBACKS.

Custom callbacks can be added on a per-instance basis using the set_response_callback method. This method accepts two arguments: a command name and the callback. Callbacks added in this manner are only valid on the instance the callback is added to. If you want to define or override a callback globally, you should make a subclass of the Redis client and add your callback to its REDIS_CALLBACKS class dictionary.

However, there is one caveat: the Redis SELECT command. The SELECT command allows you to switch the database currently in use by the connection. That database remains selected until another is selected or until the connection is closed. This creates an issue in that connections could be returned to the pool that are connected to a different database.

As a result, redis-py does not implement the SELECT command on client instances. If you use multiple Redis databases within the same application, you should create a separate client instance (and possibly a separate connection pool) for each database.

It is not safe to pass PubSub or Pipeline objects between threads.

Pipelines are a subclass of the base Redis class that provide support for buffering multiple commands to the server in a single request. They can be used to dramatically increase the performance of groups of commands by reducing the number of back-and-forth TCP packets between the client and server.

Pipelines are quite simple to use:

For ease of use, all commands being buffered into the pipeline return the pipeline object itself. Therefore calls can be chained like:

In addition, pipelines can also ensure the buffered commands are executed atomically as a group. This happens by default. If you want to disable the atomic nature of a pipeline but still want to buffer commands, you can turn off transactions.

A common issue occurs when requiring atomic transactions but needing to retrieve values in Redis prior for use within the transaction. For instance, let’s assume that the INCR command didn’t exist and we need to build an atomic version of INCR in Python.

The completely naive implementation could GET the value, increment it in Python, and SET the new value back. However, this is not atomic because multiple clients could be doing this at the same time, each getting the same value from GET.

Enter the WATCH command. WATCH provides the ability to monitor one or more keys prior to starting a transaction. If any of those keys change prior the execution of that transaction, the entire transaction will be canceled and a WatchError will be raised. To implement our own client-side INCR command, we could do something like this:

Note that, because the Pipeline must bind to a single connection for the duration of a WATCH, care must be taken to ensure that the connection is returned to the connection pool by calling the reset() method. If the Pipeline is used as a context manager (as in the example above) reset() will be called automatically. Of course you can do this the manual way by explicity calling reset():

A convenience method named “transaction” exists for handling all the boilerplate of handling and retrying watch errors. It takes a callable that should expect a single parameter, a pipeline object, and any number of keys to be WATCHed. Our client-side INCR command above can be written like this, which is much easier to read:

redis-py supports the EVAL, EVALSHA, and SCRIPT commands. However, there are a number of edge cases that make these commands tedious to use in real world scenarios. Therefore, redis-py exposes a Script object that makes scripting much easier to use.

The following trivial LUA script accepts two parameters: the name of a key and a multiplier value. The script fetches the value stored in the key, multiplies it with the multiplier value and returns the result.

Continuing the example from above:

The value of key ‘foo’ is set to 2. When multiply is invoked, the ‘foo’ key is passed to the script along with the multiplier value of 5. LUA executes the script and returns the result, 10.

Script instances can be executed using a different client instance, even one that points to a completely different Redis server.

The Script object ensures that the LUA script is loaded into Redis’s script cache. In the event of a NOSCRIPT error, it will load the script and retry executing it.

Script objects can also be used in pipelines. The pipeline instance should be passed as the client argument when calling the script. Care is taken to ensure that the script is registered in Redis’s script cache just prior to pipeline execution.

redis-py is developed and maintained by Andy McCurdy ([email protected]). It can be found here: http://github.com/andymccurdy/redis-py

Would you tell us more about adyliu/redis-py?