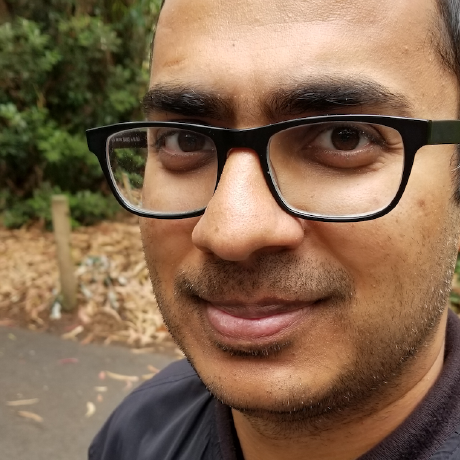 by Stephen Malina and Kartik Agaram

The hypothesis is that designing the entire system to be testable from day 1 and from the ground up would radically impact the culture of an eco-system in a way that no bolted-on tool or service at higher levels can replicate. It would make it easier to write programs that can be easily understood by newcomers. It would reassure authors that an app is free from regression if all automated tests pass. It would make the stack easy to rewrite and simplify by dropping features, without fear that a subset of targeted apps might break. As a result people might fork projects more easily, and also exchange code between disparate forks more easily (copy the tests over, then try copying code over and making tests pass, rewriting and polishing where necessary). The community would have in effect a diversified portfolio of forks, a “wavefront” of possible combinations of features and alternative implementations of features instead of the single trunk with monotonically growing complexity that we get today. Application writers who wrote thorough tests for their apps (something they just can’t do today) would be able to bounce around between forks more easily without getting locked in to a single one as currently happens.

In this quest, Mu is currently experimenting with the following mechanisms:

We’ve built up similarly dependency-injected interfaces to the keyboard, mouse, disk and network.

Another example: if a sort function logs each swap, a performance test can ensure that the number of swaps doesn’t quadruple when the size of the input doubles.

Besides expanding the scope of tests, this ability also allows more radical refactoring without needing to modify tests. All Mu’s tests call a top-level function rather than individual sub-systems directly. As a result the way the subsystems are invoked can be radically changed (interface changes, making synchronous functions asynchronous, etc.). As long as the new versions emit the same implementation-independent events in the logs, the tests will continue to pass. (More information.)

You can see these mechanisms in action below in the context of a platform for teaching programming 1:1. It allows students to spin up a fake screen, keyboard, file system and network neighborhood in tests. The Basic-like Assembly language of the Mu VM is as powerful as C for low-level pointer operations and manual memory management, but much safer, paying some run-time checking overhead to validate pointers. It is as powerful as high-level languages (providing strong type safety, general lexical scope, generic types, and higher-order functions) but should be easier to write a compiler for since it gives up some expressiveness by not allowing recursive expressions. It is also more expressive than conventional high-level languages in some ways: Literate Programming turns out to be a great fit for a statement-oriented language, and labels make great join points.

Balancing these strengths, however, Mu is currently interpreted and slow. Too slow for graphics or sound, among other things. Rather than try to build a compiler for it, our next milestone is to “backport” the lessons of Mu back to a real-world unix-like system: OpenBSD, a reasonable compromise between the complexity (ahem bloat) of GNU and the over-simplification of xv6. The goal is to continue to have a self-contained, self-hosting system without external dependencies as we add support for new kinds of tests. The goal is explicitly not to blindly reimplement our Basic-like language atop OpenBSD, or to port the OpenBSD sources to our language. Instead, we will modify the C compiler to provide some of the greater safety we prototyped here, and make use of it in the OpenBSD sources.

Things are pretty open-ended right now as we learn about OpenBSD, so the action will mostly be on the wiki for some time to come. This project is still very much active, though. Questions, bug reports and Pull Requests will be promptly addressed.

Taking Mu for a spin

Mu is currently implemented in C++ and requires a Unix-like environment. It’s been tested on Ubuntu, Mac OS X and OpenBSD; on x86, x86_64 and ARMv7; and on recent versions of GCC and Clang. Since it uses no bleeding-edge language features and has no exotic dependencies, it should work with most reasonable versions, compilers or processors.

Running Mu will always recompile it if necessary:

As a simple example, here’s a program with some arithmetic:

As stated before, Mu functions are lists of instructions, one to a line. Each instruction operates on some ingredients and returns some products.

Each reagent consists of a name and its type, separated by a colon. You only have to specify the type the first time you mention a name, but you can be more explicit if you choose. Types can be multiple words and even arbitrary trees, like:

Try out the program now:

Not much to see yet, since it doesn’t print anything. To print the result, try adding the instruction $print a to the function.

Here’s a second example, of a function that can take ingredients:

Functions can specify headers showing their expected ingredients and products, separated by -> (unlike the <- in calls).

Once defined, functions can be called just like primitives. No need to mess with a CALL instruction or push/pop arguments to the stack.

Since Mu is a low-level VM language, it provides extra control at the cost of verbosity. Using local-scope, you have explicit control over stack frames to isolate your functions in a type-safe manner. You can also create more sophisticated setups like closures. One consequence of this extra control: you have to explicitly load-ingredients after you set up the stack.

An alternative syntax is what the above example is converted to internally:

The header gets dropped after checking types at call-sites, and after replacing load-ingredients with explicit instructions to load each ingredient separately, and to explicitly return products to the caller. After this translation functions are once again just lists of instructions.

This alternative syntax isn’t just an implementation detail. It turns out to be easier to teach functions to non-programmers by starting with this syntax, so that they can visualize a pipe from caller to callee, and see the names of variables get translated one by one through the pipe.

In spite of how it looks, this is still just a list of instructions and labels. Internally, the instructions break and loop get converted to jump instructions to after the enclosing } or { labels, respectively.

Try out the factorial program now:

You can also run its unit tests:

Here’s what one of the tests inside factorial.mu looks like:

Every test conceptually spins up a really lightweight virtual machine, so you can do things like check the value of specific locations in memory. You can also print to screen and check that the screen contains what you expect at the end of a test. For example, you’ve seen earlier how chessboard.mu checks the initial position of a game of chess (delimiting the edges of the screen with dots):

Similarly you can fake the keyboard to pretend someone typed something:

Within tests you can map arbitrary paths (local files or URLs) to contents:

As we add graphics, audio, and so on, we’ll augment scenarios with corresponding abilities.

Mu assumes that all ingredients passed in to functions are immutable by default – unless they are also products. So this program will throw an error:

To modify foo’s ingredient, you have to add it to the list of products returned:

Immutability checks can be annoying sometimes, but the benefit they provide is that you always know what a function modifies just by looking at its header. They provide all the benefits of referential transparency that we typically associate with (particularly purely functional) high-level languages – but without giving up the flexibility to imperatively modify variables willy-nilly.

You can append arbitrary properties to reagents besides types and spaces. Just separate them with slashes.

Most properties are meaningless to Mu, and it’ll silently skip them when running, but they are fodder for meta-programs to check or modify your programs, a task other languages typically hide from their programmers. For example, where other programmers are restricted to the checks their type system permits and forces them to use, you’ll learn to create new checks that make sense for your specific program. If it makes sense to perform different checks in different parts of your program, you’ll be able to do that.

You can imagine each reagent as a table, rows separated by slashes, columns within a row separated by colons. So the last example above would become something like this:

An alternative way to define factorial is by inserting labels and later inserting code at them.

(You’ll find this version in tangle.mu.)

By convention we use the prefix ‘+’ to indicate function-local label names you can jump to, and surround in ‘<>’ global label names for inserting code at.

Another example, this time with concurrency:

Yet another example forks two ‘routines’ that communicate over a channel:

Channels are the unit of synchronization in Mu. Blocking on a channel is the only way for the OS to put a task to sleep. The plan is to do all I/O over channels.

Routines are expected to communicate purely by message passing, though nothing stops them from sharing memory since all routines share a common address space. However, idiomatic Mu will make it hard to accidentally read or clobber random memory locations. Bounds checking is baked deeply into the semantics, and pointers can never be invalidated.

Mu has a programming environment:

You write functions on the left and try them out in sandboxes on the right. Hit F4 to rerun all sandboxes with the latest version of the code. More details: http://akkartik.name/post/mu. Beware, it won’t save your edits by default. But if you create a sub-directory called lesson/ under mu/ it will. If you turn that directory into a git repo with git init, it will also back up your changes each time you hit F4. Use the provided new_lesson script to take care of these details.

Once you have a sandbox you can click on its result to mark it as expected:

Later if the result changes it’ll be flagged in red to draw your attention to it. Thus, manually tested sandboxes become reproducible automated tests.

Another feature: Clicking on the code in a sandbox expands its trace for you to browse. To add to the trace, use stash. For example:

Invaluable for understanding complex control flow without cluttering up the screen.

If you’re still reading, here are some more things to check out:

a) Look at the chessboard program for a more complex example with tests of blocking reads from the keyboard and what gets printed to the screen – things we don’t typically associate with automated tests.

b) Try skimming the colorized source code. You should be able to get a pretty good sense for how things work just by skimming the files in order, skimming the top of each file and ignoring details lower down.

Mu builds on many ideas that have come before, especially:

Would you tell us more about akkartik/mu?