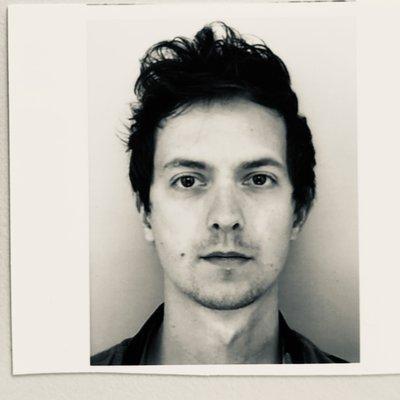 Jupyter Scala is a Scala kernel for Jupyter (formerly known as IPython). It aims at being a versatile and easily extensible alternative to other Scala kernels or notebook UIs.

Then download and run the Jupyter Scala launcher with

This downloads the bootstrap launcher of Jupyter Scala, then runs it. If no previous version of it is already installed, this simply sets up the kernel in ~/Library/Jupyter/kernels/scala211 (OSX) or ~/.local/share/jupyter/kernels/scala211 (Linux). Note that on first launch, it will download its dependencies from Maven repositories. These can be found under ~/.jupyter-scala/bootstrap.

For the Scala 2.10.x version, you can do instead

Some options can be passed to the jupyter-scala (or jupyter-scala-2.10) launcher. - The kernel ID (scala211) can be changed with --id custom (allows to install the kernel alongside already installed Scala kernels). - The kernel name, that appears in the Jupyter Notebook UI, can be changed with --name "Custom name". - If a kernel with the same ID is already installed and should be erased, the --force option should be specified. - Some dependencies can be added in all the sessions based on this kernel, with -d org:name:version. - Some repositories can be added for the dependencies added via -d and during the session, with -r https://repo.com/base.

You can check that a kernel is installed with

which should print one line per installed Jupyter kernel.

There are already a few notebook UIs or Jupyter kernels for Scala out there: - the ones originating from IScala, - IScala itself, and - ISpark that adds some Spark support to it, - the ones originating from scala-notebook, - scala-notebook itself, and - spark-notebook that updated / reworked various parts of it and added Spark support to it, and - Apache Toree (formerly known as spark-kernel), a Jupyter kernel to do Spark calculations in Scala.

(zeppelin is worth noticing too. Although not related to Jupyter, it provides similar features, and has some support for Spark, Flink, Scalding in particular.)

Most of them usually target one single use - like Spark calculations (and you have to have Spark around if you just do bare Scala!), or just Scala calculations (and no way of adding Spark on-the-fly). They share no code with each other, so that features can typically be added to only one single kernel or project, and need to be re-implemented in the ones targetting other usages. That also makes it hard to share code between these various uses.

Jupyter Scala is an attempt at having a more modular and versatile kernel to do Scala from Jupyter.

Jupyter Scala aims at being closer to what Ammonite achieves in the terminal in terms of completion or pretty-printing. Also, like with Ammonite, users interact with the interpreter via a Scala API rather than ad-hoc hard-to-reuse-or-automate special commands. Jupyter Scala also publishes this API in a separate module (scala-api), which allows to write external libraries that interact with the interpreter. In particular it has a Spark bridge, that straightforwardly adds Spark support to a session. More bridges like this should come soon, to interact with other big data frameworks, or for plotting.

Thanks to this modularity, Jupyter Scala shares its interpreter and most of its API with ammonium, the fork of Ammonite it is based on. One can switch from notebook-based UIs to the terminal more confidently, with all that can be done on one side, being possible on the other (a bit like Jupyter / IPython allows with its console and notebook commands, but with the additional niceties of Ammonite, also available in ammonium, like syntax highlighting of the input). In teams where some people prefer terminal interfaces to web-based ones, some people can use Jupyter Scala, and others its terminal cousins, according to their tastes.

The content of an instance of a jupyter.api.API is automatically imported when a session is opened (a bit like Ammonite does with its “bridge”). Its methods can be called straightaway, and replace so called “special” or “magic” commands in other notebooks or REPLs.

Print value - its pprint representation - with no truncation. (Same as in Ammonite.)

Can be called with several modules at once, like

Add Maven / Ivy modules to a specific configuration. Like in SBT, which itself follows what Ivy does, dependencies are added to so called configurations. Jupyter Scala uses 3 configurations,

Return the previously added dependencies (values) in each configuration (keys).

Add a Maven / Ivy repository, for dependencies lookup. For Maven repositories, add the base address of the repository, like

For Ivy repositories, add the base address along with the pattern of the repository, like

Adds one or sevaral JAR files or directories to the classpath.

Returns a map of the byte code of classes generated during the REPL session. Each line or cell in a session gets compiled, and added to this map - before getting loaded by a ClassLoader and run.

The ClassLoader used to compile and run code mainly contains initial and added dependencies, and things from this map.

Registers a hook called whenever things are added to the classpath.

Returns the classpath of the current session.

See the example in the Ammonium README.

Most available classes (classpath, eval, setup, interpreter, …) from a notebook are:

This allows to write libraries that can easily interact with Jupyter Scala. E.g. one can define a method in a library, like

then load this library via classpath.add, and call these methods from the session.

Check that you have Jupyter installed by running jupyter --version. It should print a value >= 4.0. If it’s not the case, a quick way of setting it up consists in installing the Anaconda Python distribution (or its lightweight counterpart, Miniconda), and then running

Warning: these examples are somehow deprecated, and should be updated.

Some example notebooks can be found in the examples directory: you can follow macrology 201 in a notebook, use compiler plugins like simulacrum from notebooks, use a type level library to parse CSV, setup a notebook for psp-std etc.

Jupyter Scala uses the Scala interpreter of ammonium, in particular its interpreter and interpreter-api modules. The interaction with Jupyter (the Jupyter protocol, ZMQ concerns, etc.) are handled in a separate project, jupyter-kernel. In a way, Jupyter Scala is just a bridge between these two projects.

The API as seen from a Jupyter Scala session is defined in the scala-api module, that itself depends on the interpreter-api module of ammonium. The core of the kernel is in the scala module, in particular with an implementation of an Interpreter for jupyter-kernel, based on interpreter from ammonium, and implementations of the interfaces / traits defined in scala-api. It also has a third module, scala-cli, which deals with command-line argument parsing, and launches the kernel itself. The launcher consists in this third module.

The launcher itself is generated with coursier.

Compile and publish them:

Edit the launch script, and set VERSION to 0.3.0-SNAPSHOT (the version being built / published locally). Launch it:

launch behaves like the jupyter-scala launcher above, and accepts the same options as it (--id custom-id, --name "Custom name", --force, etc - see --help for more infos). When launched, it will download (on first launch) and launch coursier, that will itself launch the kernel out of the artifacts published locally. If you install a Jupyter kernel through it, it will copy the coursier launcher in a Jupyter kernel directory (like ~/Library/Jupyter/kernels/scala211 on OSX), and setup a kernel.json file in it able to launch the copied coursier launcher with the right options, so that coursier will then launch the Jupyter kernel out of the locally published artifacts.

Once a kernel is setup this way, there’s no need to run the launcher again if the sources change. Just publishing them locally with sbt publishLocal is enough for them to be used by the kernel on the next (re-)launch. One can also run sbt "~publishLocal" for the sources to be watched for changes, and built / published after each of them.

If one wants to make changes to jupyter-kernel or ammonium, and test them via Jupyter Scala, just clone their sources,

build them and publish them locally,

The VERSION environment variable tells the script to use the locally published jupyter-scala version. The -s option makes it generate a standalone launcher, rather than a thin one. A thin launcher requires the ammonium / jupyter-kernel / jupyter-scala versions it uses to be published on a (Maven) repository accessible to the users. It is the case for the launcher in the jupyter-scala repository, but it’s likely not the case if you just modified the sources. A standalone launcher embeds all the JARs it needs, including the ones you locally published on your machine - at the cost of an increased size (~40 MB). Note that as this solution is a bit hackish, you shouldn’t change the version of the versions of the locally published projects (these should stay the default 0.x.y-SNAPSHOT), so that the dependency management in the kernel still can find public corresponding artifacts - although the embedded ones will have the priority in practice.

Released under the Apache 2.0 license, see LICENSE for more details.

Jupyter kernel for scala and spark ...

Would you tell us more about alexarchambault/jupyter-scala?