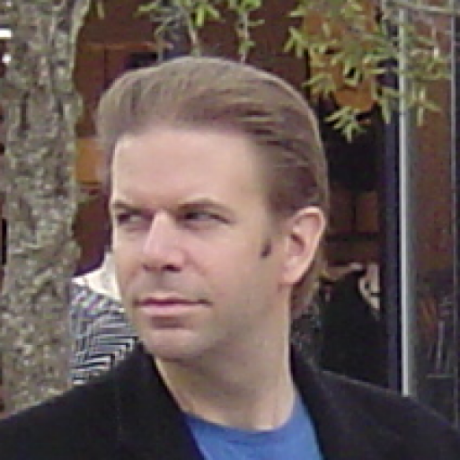 A test helper for faking responses to web requests

FakeWeb is a helper for faking web requests in Ruby. It works at a global level, without modifying code or writing extensive stubs.

Note: the gem was previously available as +FakeWeb+ (capital letters), but now all versions are simply registered as +fakeweb+. If you have any old +FakeWeb+ gems lying around, remove them: gem uninstall FakeWeb

The main source repository is http://github.com/chrisk/fakeweb.

Net::HTTP.get(URI.parse(”http://example.com/test2”)) => FakeWeb is bypassed and the response from a real request is returned

You can also call register_uri with a regular expression, to match more than one URI.

=== Adding a custom status to the response

=== Responding to any HTTP method

If you use the :any symbol, the URI you specify will be completely stubbed out (regardless of the HTTP method of the request). This can be useful for RPC-style services, where the HTTP method isn’t significant. (Older versions of FakeWeb always behaved like this, and didn’t accept the first +method+ argument above; this syntax is now deprecated.)

You can optionally call FakeWeb.register_uri with an array of options hashes; these are used, in order, to respond to repeated requests. Once you run out of responses, further requests always receive the last response. (You can also send a response more than once before rotating, by specifying a :times option for that response.)

You can fake requests that use basic authentication by adding +userinfo+ strings to your URIs:

The FakeWeb registry is a singleton that lasts for the duration of your program, maintaining every fake response you register. If needed, you can clean out the registry and remove all registered URIs:

When you’re using FakeWeb to replace all of your requests, it’s useful to catch when requests are made for unregistered URIs (unlike the default behavior, which is to pass those requests through to Net::HTTP as usual).

FakeWeb.allow_net_connect = true Net::HTTP.get(URI.parse(”http://example.com/“)) => FakeWeb is bypassed and the response from a real request is returned

This is handy when you want to make sure your tests are self-contained, or you want to catch the scenario when a URI is changed in implementation code without a corresponding test change.

When you register a response using the :body option, you’re only setting the body of the response. If you want to add headers to these responses, simply add the header as an option to +register_uri+:

This sets the “Content-Type” header in the response.

In addition to the conceptual advantage of having idempotent request behaviour, FakeWeb makes tests run faster than if they were made to remote (or even local) web servers. It also makes it possible to run tests without a network connection or in situations where the server is behind a firewall or has host-based access controls.

FakeWeb works with anything based on Net::HTTP–both higher-level wrappers, like OpenURI, as well as a ton of libraries for popular web services.

FakeWeb is free software; you can redistribute it and/or modify it under the terms of the GNU General Public License as published by the Free Software Foundation; either version 2 of the License, or (at your option) any later version.

FakeWeb is distributed in the hope that it will be useful, but WITHOUT ANY WARRANTY; without even the implied warranty of MERCHANTABILITY or FITNESS FOR A PARTICULAR PURPOSE. See the GNU General Public License for more details.

You should have received a copy of the GNU General Public License along with FakeWeb; if not, write to the Free Software Foundation, Inc., 51 Franklin St, Fifth Floor, Boston, MA 02110-1301 USA

HTTP client mocking tool for Python, it's like ruby's FakeWeb for python ...

An RSpec matcher for the Fakeweb HTTP stubbing library ...

Would you tell us more about amikula/fakeweb?