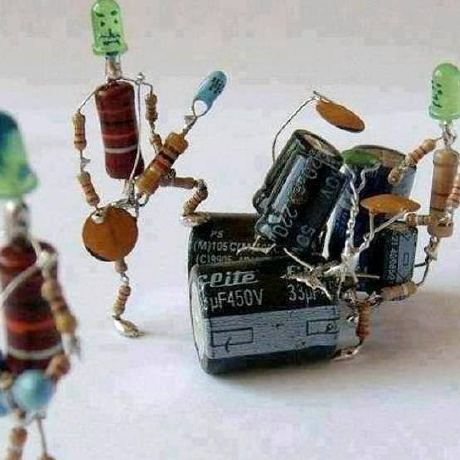 This benchmark is born to compare the performance of Pharo 3 in executing a simple machine learning algorithm with a reference implementation in Python and Scala. Since then, it got a little out of hand, and a few other implementations are available.

The implementations should all follow the same algorithm, and be optimized for idiomatic code and not for speed. The example is intended to compare time of execution for a typical machine learning algorithm, ideally during an interactive session, instead of highly optimized production code. As such, it is important that the code is straightforward and that there is no separate phase to prepare the caches.

The points are in points.json, and are to be grouped into 10 clusters, using 15 iterations of kmeans. The initial centroids are initialized to the first 10 points, and we take an average over 100 runs.

Time for running on my laptop are available under results. A few surprises:

If you want to contribute an implementation in a different language, please file a PR. Try to follow the same logic that is used in the examples in other languages - for instance, using a group by operation where available. As you may notice, the algorithm is not optimized, and intentionally so: while K-means in particular has various possible optimizations, other similar algorithms may fail to have the particular shape that makes these optimizations viable.

For the curious folks, I have tried a more optimized (single-threaded) implementation in Nim, that avoids the square root in the distance and accumulates the sum of points near a centroid, rather than putting them into a data structure. For comparison, this version runs in 67 ms. Computers are actually quite fast, these days!

We use BiiCode for building. Assuming you have it installed, from the cpp directory do

Before compiling chapel please do:

to enable LLVM support (this is used for the json import in C). Then, make sure that chpl is on your $PATH (for instance with source source util/setchplenv.sh). Finally:

Lua: download this JSON library and put it in the same folder as the main file. Then run

OpenCL: need to have Nim and Nimble installed, as well as a NVIDIA GPU. Check the library paths in kmeans.nimble, then run nimble kmeans.

Parasail: assume pslc.csh is on $PATH. Then

Install Stanza following instructions here and put it into your PATH.

Make sure that the bin folder of X10 is on your path. Then, for the Java target, decomment lines with Java json import inside Main.x10 and

For the native target, decomment lines with C json import inside Main.x10 and

This project generalizes the Spark MLLIB Batch and Streaming K-Means clusterers in every practical way. ...

K-means function as a user-defined window function in PostgreSQL ...

Simple Javascript implementation of the k-means algorithm, for node.js and the browser ...

Would you tell us more about andreaferretti/kmeans?