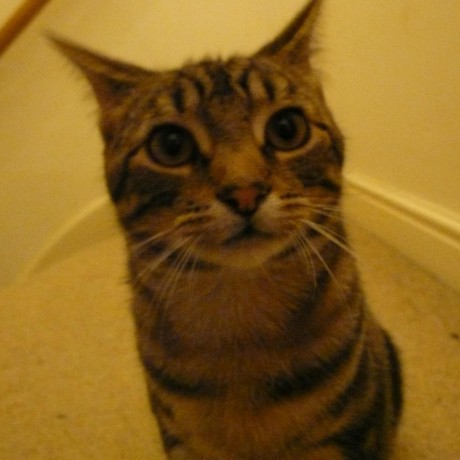 erlang tracing for the masses

erlyberly is looking for contributors, especially if you would like to code java. Have a look at the issues or ping me at https://twitter.com/erlyberlytips.

erlyberly is a debugger for erlang, elixir and LFE using erlang tracing. It is probably the easiest and quickest way to start debugging your nodes.

If you are using io:format/2 or lager for debugging then erlyberly can save you time. Tracing requires no code changes and no recompliation to see function calls and results. erlyberly makes debugging smoother by reapplying traces when modules are reloaded and when the node restarts.

A one liner to go from zero to erlyberly user. You will need erlc (erlang compiler) on the path and JDK 8u20 or higher installed to run erlyberly, download it here, see instructions for command line java installs for some operating systems here. More compile instructions are in the wiki page

If you already have erlyberly and want to update to have the latest features, run the following from the erlyberly project directory.

Please raise an issue if you are unable to build that includes the OS, java version and erlang versions.

Features and How To

All the modules loaded by the VM appear in the module tree. Expand one of modules to view the functions, double clicking the star toggles tracing on and off. Any calls made to that function by any process will now be shown in the right hand list. Press ctrl+t while a function is selected to toggle a trace without touching your mouse.

Right click on a module and then click Module Trace to put a trace on all functions displayed under the module. If some functions are not displayed because of a filter, the trace will not be applied.

See calls to functions and their results

Double click on a trace to see a breakdown of the arguments and results of the function call.

A call that hasn’t returned yet is highlighted in yellow.

Sequential Tracing (seq_trace) is message tracing from process to process, allowing you to see the message flow through the application.

To start a seq trace right click on a function and select Seq Trace (experimental), a Window will pop up that will display the trace messages. When the traced function is called, messages sent afterwards are shown in the window.

This functionality is experimental and highly likely to bork the remote node under test and erlyberly. Once a seq trace is set the only way to stop it is to terminate erlyberly or run seq_trace:reset_trace() in the shell of the remote node.

Get the process state

Get and display the state of a process.

This uses sys:get_state/1 under the hood and so has the same limitations. Processes that do not support the system message may not respond.

If the value is a record that is compiled into the module of the processes initial call then the record name and field names will appear highlighted. Records that are not known by the module at compile time will not be highlighted.

Attach to any running system

erlyberly connects as an erlang node to the node you want to trace. Once connected it can trace your application code, 3rd party modules and modules that are part of the erlang standard libary.

Just make sure that the runtime_tools application is available in the code path. If the node was run using erl directly then it will be available by default.

erlyberly is not meant to trace production systems. There is no overload protection as per redbug.

Easily find what you’re looking for by using the filter fields.

If the filter is empty then all data is shown.

Show functions that are currently traced by setting #t as the function filter.

When the target node VM gets restarted, erlyberly tries to reconnect and reapply the traces you had previously set. This is great for your dev workflow. Make a change, restart and your traces will be there waiting for you to retest.

If you hotload code during development either manually or using a reloader like sync then you may notice that reloading a module removes all traces on it. erlyberly listens for modules being reloaded and reapplies any traces that were previously applied to it, without interrupting you!

View the source code for modules and functions

View the source code for a module by right clicking on a module and selecting View Source Code. If a function is selected then only source for that function will be shown.

The source code that is shown by erlyberly is decompiled from the beam file, not what was actually compiled so comments and code that was excluded with an ifdef will be ommitted.

View the abstract source code for modules and functions

View the abstract source code for a module by right clicking on a module or function and selecting View Abstract Code. The beam file for the module must exist and it must have been compiled with +debug_info or the source code will not

Abstract code is an erlang term representation of a beam file. You can use it to see how a module is compiled. One use case is to make sure that variables that you think will made constants in the beam code do actually get compiled that way.

View the call graph for a function

See what functions another function calls by right clicking on it and clicking View Call Graph. This is helpful to understand dependencies of functions.

The View Call Graph option is disabled until the you have clicked the `xref Analysis’ button at the top of the window and it shows ok in green. This is because xref must analyse all of the modules loaded by the VM which can take a while. You may see xref output in the console while xref performs analysis.

Get notified of crash reports

When an OTP process dies it generates a crash report which is typically logged to a file by lager or sasl. Erlyberly acts as another crash report handler and displays the number of crash reports in red, next to the Crash Report button.

Click the button to view the crash reports and clear the notifications displayed in the button. Double click on them to view in more detail.

On OSX all shortcuts use cmd instead of ctrl.

erlyberly must have epmd running on the machine as it is running. Otherwise it will not be able to connect to the remote node with an error about Name Servers. The easiest way to run epmd is to run the following command in the shell erl -sname hi, this requires erlang to be installed and on the PATH.

This can also happen if erls -name parameter is used but without a hostname, see #108. For example.

The fix is to specify the hostname or user -sname.

This happens when java version 8 is installed but the update is less than 20. Please update your version of java. See issue #39.

Some things that are important.

erlyberly is meant to be a complementary to observer so there will be no attempt to implement features such as the supervisor hierarchy graph.

The following people have contributed code to erlyberly:

The hex editor originated from hexstar. The stack trace parsing is taken from redbug. Fun decompiling is from saleyn/util. Tab pane drag to window is from shichimifx.

erlang tracing for the masses ...

Would you tell us more about andytill/erlyberly?