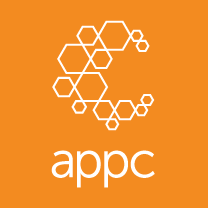 With the formation of the Open Container Initiative (OCI), the industry has come together in a single location to define specifications around applications containers. OCI is intended to incorporate the best elements of existing container efforts like appc, and several of the appc maintainers are participating in OCI projects as maintainers and on the Technical Oversight Board (TOB). Accordingly, as of late 2016, appc is no longer being actively developed, other than minor tweaks to support existing implementations.

It is highly encouraged that parties interested in container specifications join the OCI community.

This repository contains schema definitions and tools for the App Container (appc) specification. These include technical details on how an appc image is downloaded over a network, cryptographically verified, and executed on a host. See SPEC.md for details of the specification itself.

For information on the packages in the repository, see their respective godocs.

What is the App Container spec?

What is an application container?

An application container is a way of packaging and executing processes on a computer system that isolates the application from the underlying host operating system. For example, a Python web app packaged as a container would bring its own copy of a Python runtime, shared libraries, and application code, and would not share those packages with the host.

Application containers are useful because they put developers in full control of the exact versions of software dependencies for their applications. This reduces surprises that can arise because of discrepancies between different environments (like development, test, and production), while freeing the underlying OS from worrying about shipping software specific to the applications it will run. This decoupling of concerns increases the ability for the OS and application to be serviced for updates and security patches.

For these reasons we want the world to run containers, a world where your application can be packaged once, and run in the environment you choose.

The App Container (appc) spec aims to have the following properties:

What is the promise of the App Container Spec?

By explicitly defining - separate of any particular implementation - how an app is packaged into an App Container Image (ACI), downloaded over a network, and executed as a container, we hope to enable a community of engineers to build tooling around the fundamental building block of a container. Some examples of build systems and tools that have been built so far include:

What are some implementations of the spec?

The most mature implementations of the spec are under active development: - Jetpack - FreeBSD/Go - Kurma - Linux/Go - rkt - Linux/Go

There are several other partial implementations of the spec at different stages of development: - libappc - C++ library - Nose Cone - Linux/C++

Who controls the spec?

App Container is an open-source, community-driven project, developed under the Apache 2.0 license. For information on governance and contribution policies, see POLICY

Working with the spec

Various tools listed above can be used to build ACIs from existing images or based on other sources.

As an example of building an ACI from scratch, actool can be used to build an Application Container Image from an Image Layout - that is, from an Image Manifest and an application root filesystem (rootfs).

For example, to build a simple ACI (in this case consisting of a single binary), one could do the following:

Since an ACI is simply an (optionally compressed) tar file, we can inspect the created file with simple tools:

and verify that the manifest was embedded appropriately

actool validate can be used by implementations of the App Container Specification to check that files they produce conform to the expectations.

To validate one of the two manifest types in the specification, simply run actool validate against the file.

Multiple arguments are supported, and more output can be enabled with -debug:

If a manifest fails validation the first error encountered is returned along with a non-zero exit status:

Validating ACIs or layouts is very similar to validating manifests: simply run the actool validate subcommmand directly against an image or directory, and it will determine the type automatically:

To override the type detection and force actool validate to validate as a particular type (image, layout or manifest), use the --type flag:

The ace package contains a simple go application, the ACE validator, which can be used to validate app container executors by checking certain expectations about the environment in which it is run: for example, that the appropriate environment variables and mount points are set up as defined in the specification.

To use the ACE validator, first compile it into an ACI using the supplied build_aci script:

As can be seen, the script generates two ACIs: ace_validator_main.aci, the main entrypoint to the validator, and ace_validator_sidekick.aci, a sidekick application. The sidekick is used to validate that an ACE implementation properly handles running multiple applications in a container (for example, that they share a mount namespace), and hence both ACIs should be run together in a layout to validate proper ACE behaviour. The script also generates detached signatures which can be verified by the ACE.

When running the ACE validator, output is minimal if tests pass, and errors are reported as they occur - for example:

Would you tell us more about appc/spec?