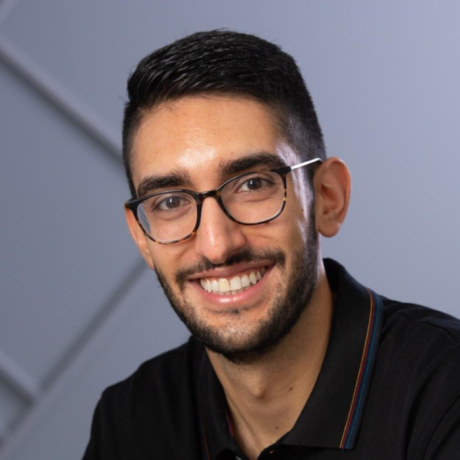 hlld is a high-performance C server which is used to expose HyperLogLog sets and operations over them to networked clients. It uses a simple ASCI protocol which is human readable, and similar to memcached.

HyperLogLog’s are a relatively new sketching data structure. They are used to estimate cardinality, i.e. the unique number of items in a set. They are based on the observation that any bit in a “good” hash function is independent of any other bit and that the probability of getting a string of N bits all set to the same value is 1/(2^N). There is a lot more in the math, but that is the basic intuition. What is even more incredible is that the storage required to do the counting is log(log(N)). So with a 6 bit register, we can count well into the trillions. For more information, its best to read the papers referenced at the end.

TL;DR: HyperLogLogs enable you to have a set with about 1.6% variance, using 3280 bytes, and estimate sizes in the trillions.

This will generate some errors related to building the test code as it depends on libcheck. To build the test code successfully, do the following:

Then re-build hlld. At this point, the test code should build successfully.

hlld can be configured using a file which is in INI format. Here is an example configuration file:

Then run hlld, pointing it to that file:

Here is a list of “best-practices” for client implementations:

Each configuration option is documented below:

It is important to note that reducing the error bound increases the required precision. The size utilization of a HyperLogLog increases exponentially with the precision, so it should be increased carefully.

By default, hlld will listen for TCP connections on port 4553. It uses a simple ASCII protocol that is very similar to memcached.

A command has the following syntax::

We start each line by specifying a command, providing optional arguments, and ending the line in a newline (carriage return is optional).

There are a total of 9 commands:

For the create command, the format is::

Where set_name is the name of the set, and can contain the characters a-z, A-Z, 0-9, ., _. If a precision is provided the set will be created with the given bits of precision, otherwise the configured default value will be used. If a maximum epsilon is provided, that will be used to compute a precision, otherwise the configured default is used. You can optionally specify in_memory to force the set to not be persisted to disk. If both precision and eps are specified, it is not specified which one will be used. Generally, only one should be provided, as the other will be computed.

This will create a set foobar that has a maximum variance of 1%. Valid responses are either “Done”, “Exists”, or “Delete in progress”. The last response occurs if a set of the same name was recently deleted, and hlld has not yet completed the delete operation. If so, a client should retry the create in a few seconds.

The list command takes either no arguments or a set prefix, and returns information about the matching sets.

Will return a list of all sets with the foo prefix. Here is an example response:

The drop, close and clear commands are like create, but only takes a set name. It can either return “Done” or “Set does not exist”. clear can also return “Set is not proxied. Close it first.”. This means that the set is still in-memory and not qualified for being cleared. This can be resolved by first closing the set.

set is a very simple command:

The command must specify a set and a key to use. It will either return “Done”, or “Set does not exist”.

The bulk command is similar to set but allows for many keys to be set at once. Keys must be separated by a space:

The bulk and set commands can also be called by their aliases b and s respectively.

The info command takes a set name, and returns information about the set. Here is an example output:

The flush command may be called without any arguments, which causes all sets to be flushed. If a set name is provided then that set will be flushed. This will either return “Done” or “Set does not exist”.

Here is an example of a client flow, assuming hlld is running on the default port using just telnet::

Although extensive performance evaluations have not been done, casual testing on a 2012 MBP with pure set operations allows for a throughput of at least 1MM ops/sec. On Linux, response times can be as low as 1 μs.

hlld also supports multi-core systems for scalability, so it is important to tune it for the given work load. The number of worker threads can be configured either in the configuration file, or by providing a -w flag. This should be set to at most 2 * CPU count. By default, only a single worker is used.

Here are some related works which we make use of:

A Python driver for the hlld server ...

Would you tell us more about armon/hlld?