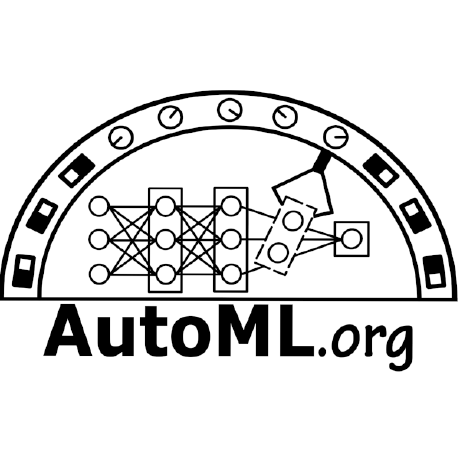 Spearmint is a package to perform Bayesian optimization according to the algorithms outlined in the paper: Practical Bayesian Optimization of Machine Learning Algorithms. Jasper Snoek, Hugo Larochelle and Ryan P. Adams. Advances in Neural Information Pr

Spearmint is a package to perform Bayesian optimization according to the algorithms outlined in the paper:

This code is designed to automatically run experiments (thus the code name ‘spearmint’) in a manner that iteratively adjusts a number of parameters so as to minimize some objective in as few runs as possible.

Spearmint is the result of a collaboration primarily between machine learning researchers at Harvard University and the University of Toronto.

Soon you’ll be able to do your optimization in the cloud with a more powerful, accessible and scalable tool. Sign up for the private beta at www.whetlab.com

This package has been tested on Ubuntu linux (versions 11.0+) and Mac-OSX.

The code consists of several parts. It is designed to be modular to allow swapping out various ‘driver’ and ‘chooser’ modules. The ‘chooser’ modules are implementations of acquisition functions such as expected improvement, UCB or random. The drivers determine how experiments are distributed and run on the system. As the code is designed to run experiments in parallel (spawning a new experiment as soon a result comes in), this requires some engineering. The current implementations of these are in the ‘spearmint’ and ‘spearmint-lite’ subdirectories:

Spearmint is designed to automatically manage the launching and associated bookkeeping of experiments in either a single machine or cluster environment. This requires that you provide a ‘wrapper’ in a supported language (currently Python or Matlab) and a configuration file detailing parameters to be tuned and their respective bounds. The wrapper must accept parameter values and then return simply a value which you wish to minimize with respect to the parameters. Spearmint will then iteratively call the wrapper with different parameter settings in an order that seeks to find the minimum value in as few evaluations (or cost) as possible.

Spearmint-lite is the ‘bare-bones’ stripped version of the code. This version is simply driven by a flat-file and does not automatically run experiments. Instead, it proposes new experiments (potentially multiple at a time) and requires that the user fill in the result. This is well suited to the case where writing a wrapper around the code doesn’t make sense (e.g. if the experiments don’t involve code at all) or if the user desires full control of the process. Also, the dependency on Google protocol buffers is replaced with JSON.

The simplest way to get to know the code is probably to look at an example. In order to start a new experiment, you must create a directory that includes a wrapper script and config file. We have created one simple example for you that optimizes the ‘Braninhoo’ benchmark in the subdirectory examples/braninpy. Take a look at config.pb. It contains the specifications of the algorithm in protocol buffer format. In order to specify your optimization, you have to fill in the variables ‘language’ (e.g. PYTHON or MATLAB) and ‘name’ (the name of the wrapper function you want to optimize).

Followed by these is a list of ‘variables’, which specifies the name, type and size of the variables you wish to optimize over. Each variable must be either a FLOAT, INT or ENUM type, corresponding to continuous real valued parameters, integer sequences and categorical variables respectively. MAX and MIN specify the bounds of the variables over which to optimize and SIZE is the number of variables of this type with these bounds. Spearmint will call your wrapper function with a dictionary type (in python) containing each of your variables in a vector of size ‘size’, which you can access using the name specified.

Now take a look at branin.py (the wrapper which was specified in the ‘name’ variable at the top of config.pb). You will see the file has a function ‘main(job_id, params)’. Your wrapper must include this function, which spearmint will call passing in a job_id (which is probably not interesting to you) and a dictionary, ‘params’, containing the parameter vectors of the next experiment spearmint wants to run. The main function should take as input these parameters and return a single real valued number representing the observed function value (that is being optimized) at these inputs.

To install spearmint, go into the spearmint subdirectory and type (most likely preceded with ‘sudo’):

To run spearmint, go into the /bin subdirectory and type:

or alternatively in the /spearmint subdirectory:

This will run spearmint according to the GP-EI MCMC strategy. The code will sequentially spawn processes that call the wrapper function and it will poll for results. You will see that the code prints out the current best (i.e. lowest) observation seen thus far and sequences of numbers corresponding to GP hyperparameter samples and candidates it is optimizing over. The ‘method’ argument specifies the chooser module (acquisition function) to use and ‘method-args’ specifies chooser specific arguments. In this case, as braninhoo is an analytic function we tell the GP hyperparameter sampling routine to not try to estimate noise. This parameter is very important to specify correctly for the optimization to proceed properly. If your algorithm is entirely deterministic (e.g. analytic) then specifying that it is noiseless will speed up the optimization considerably. If your algorithm is not deterministic, as we expect for most machine learning algorithms and indeed most expensive experiments, then you should leave this out or set noiseless=0.

If you let it run for a while you will see that the current-best decreases, eventually reaching the minimum at ~0.39. You can kill the process (ctrl-c) at any time and you can restart from where it left off simply by rerunning the spearmint command.

If you are debugging your code, or the code is crashing for some reason, it’s a good idea to look at these files. Finally for ease of use, spearmint also prints out at each iteration a file called ‘best_job_and_result.txt’ that contains the best result observed so far, the job-id it came from and a dump of the names and values of all of the parameters corresponding to that result.

A script, bin/cleanup, is provided to completely restart an experiment and delete all the results and intermediate files. Simply run bin/cleanup <experiment_dir>

Matlab code can also be optimized using this package. To do so, you must specify in config.pb “type: Matlab” and use a matlab wrapper with the “name” specified in config.pb. The matlab wrapper must have a function with the same name as the file name of the following form: “function result = braninhoo(job_id, params)” Above we assume the file name is “braninhoo.m”. Spearmint will pass in to this wrapper a job_id and a matlab struct ‘params’ where the fields are given by the variables specified in config.pb. See the subdirectory “braninhoo” for a matlab example matching that of python ‘braninpy’ described above.

To run multiple jobs in parallel, pass to spearmint the argument: --max-concurrent=<#jobs>

Spearmint is designed to be run in parallel either using multiple processors on a single machine or in a cluster environment. These different environments, however, involve different queuing and fault-checking code and are thus coded as ‘driver’ modules. Currently two drivers are available, but one can easily create a driver for a different environment by creating a new driver module (see the driver subdirectory for examples).

Using the --driver=sge flag, Spearmint can run on a system with Sun Grid Engine and it uses SGE to distribute experiments on a multi-node cluster in parallel using a queueing system in a fault-tolerant way. It is particularly well suited to the Amazon EC2 system. Using StarCluster will allow you to set up a large cluster and start distributing experiments within minutes.

Using the --driver=local flag will run Spearmint on a single machine with potentially many cores. This driver simply spawns a new process on the current machine to run a new experiment. This does not allow you to distribute across multiple machines, however.

Running spearmint with the flag -w will spawn a local web server that will display useful info and statistics about your optimization run in a much more interpretable and intuitive interface than the command line. Spearmint will provide a link to the status page that you can simply paste into a browser window.

Spearmint-lite is designed to be simple. To run an experiment in spearmint-lite, create a subdirectory as explained above. Again, the braninpy directory is provided as a demonstration. In this case, the experiment specification, which must be provided in config.json, is in JSON format. You must specify your problem as a sequence of JSON objects. As in the protocol buffer format above, each object must have a name, a type (float, int or enum), a ‘min’, a ‘max’ and a ‘size’. Nothing else needs to be specified.

Go back to the top-level directory and run:

Spearmint-lite will run one iteration of Bayesian optimization and write out to a file named results.dat in the braninpy subdirectory. results.dat will contain a white-space delimited line for each experiment, of the format: <result> <time-taken> <list of parameters in the same order as config.json>

Spearmint will propose new experiments and append them to results.dat each time it is run. Each proposed experiment will have a ‘pending’ result and time-taken, indicated by the letter P. The user must then run the experiment and fill in these values. Note that the time can safely be set to an arbitrary value if the chooser module does not use it (only GPEIperSecChooser currently does). Spearmint will condition on the pending experiments when proposing new ones, so any number of experiments can be conducted in parallel.

A script, cleanup.sh, is provided to completely clean up all the intermediate files and results in an experimental directory and restart the experiment from scratch.

The chooser modules implement functions that tell spearmint which next job to run. Some correspond to ‘acquisition functions’ in the Bayesian optimization literature. Spearmint takes as an argument --method=ChooserModule which allows one to easy swap out acquisition functions. Choosers may optionally include parameters that can be passed to spearmint using the argument --method-args=argument1,argument2,etc. These include, for example, the number of GP hyperparameter samples to use. See the comments in chooser files for chooser dependent arguments. Below are described the choosers provided in this package:

When estimating noise, the Gaussian process prior over noise assumes that the noise level is ‘low’ (e.g. between -1 to 1). If this is not the case, make sure to rescale your function to make this true (e.g. to approximately be between -1 and 1). Otherwise, the algorithm will find a bad high-noise mode that will result in bad performance.

Spearmint is a package to perform Bayesian optimization according to the algorithms outlined in the paper: Practical Bayesian Optimization of Machine Learning Algorithms. Jasper Snoek, Hugo Larochelle and Ryan P. Adams. Advances in Neural Information Pr ...

Would you tell us more about automl/spearmint?