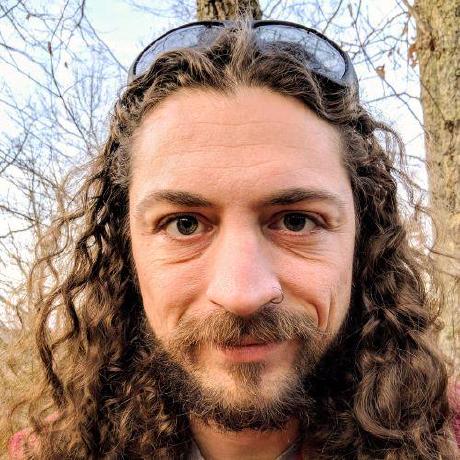 My emacs config, based on Prelude

Prelude is an Emacs distribution that aims to enhance the default Emacs experience. Prelude alters a lot of the default settings, bundles a plethora of additional packages and adds its own core library to the mix. The final product offers an easy to use Emacs configuration for Emacs newcomers and lots of additional power for Emacs power users.

Prelude is compatible ONLY with GNU Emacs 24.x. In general you're advised to always run Prelude with the latest Emacs - currently 24.4.

Assuming you're using an Unix-like OS (*BSD, GNU/Linux, OS X, Solaris, etc), you already have Emacs 24 installed, as well as git & curl you can skip the whole manual and just type in your favorite shell the following command:

You can now power up your Emacs, sit back and enjoy Prelude, forgetting about the rest of this manual.

To change the source repository:

Don't forget to adjust your prelude-modules.el file once the installation is done. By default most of the modules that ship with Prelude are not loaded.

Obviously to use the Emacs Prelude you have to install Emacs 24 first. Have a look at the WikEmacs articles on installing Emacs.

You can install Emacs Prelude via the command line with either curl or wget. Naturally git is also required.

If you're using curl type the following command:

If you're using wget type:

If you are using Windows, you should check what Emacs thinks the ~ directory is by running Emacs and typing C-x d ~/<RET>, and then adjust the command appropriately.

The update procedure is fairly straightforward and consists of 3 steps:

The path/to/prelude/installation is usually ~/.emacs.d (at least on Unix systems).

It's generally a good idea to stop Emacs after you do the update. The next time Prelude starts it will install any new dependencies (if there are such).

By default most of the modules that ship with Prelude are not loaded. For more information on the functionality provided by these modules visit the docs.

After you've uncommented a module you should either restart Emacs or evaluate the module require expression with C-x C-e.

Afterwards I connect to the server with either a terminal or a GUI client like this:

You'd probably do well to put a few aliases in your .zshrc (or .bashrc):

The last two aliases are helpful if you're used to editing files from the command line using vi(m).

Also you can open a file with cursor on choosen line:

This will open file 'somefile' and set cursor on line 1234.

Getting to know Prelude

Certainly the best way to understand how Prelude enhances the default Emacs experience is to peruse Prelude's source code (which is obviously written in Emacs Lisp). Understanding the code is not necessary of course. Prelude includes a prelude-mode minor Emacs mode which collects some of the additional functionality added by Prelude. It also adds an additional keymap that binds many of those extensions to keybindings.

Prelude does not mess by default with the standard mapping of Command (to Super) and Option (to Meta).

If you want to swap them add this to your personal config:

You can also temporarily swap them with C-c w (M-x prelude-swap-meta-and-super).

Prelude adds an extra keymap prefix S-p (S stands for Super), so you can use S-p instead of C-c p.

If you ever forget any of Projectile's keybindings just do a:

Helm is setup according to this guide: A Package in a league of its own: Helm.

You can learn Helm usage and key bindings following the guide. C-c h is Prelude's default prefix key for Helm. If you don't remember any key binding, append C-h after C-c h for a list of key bindings in Helm.

This key binding is activated in shell-mode:

This key bindings is activated in eshell-mode:

If you prefer Ido in everywhere, you should not add prelude-helm-everywhere, so you can use Helm along with Ido and Prelude's default commands.

You can always reactivate Helm with (prelude-global-helm-global-mode-on).

Key-chords are available only when the prelude-key-chord module has been enabled.

In some cases you may not want to have a key-chord that is defined by prelude, in which case you can disable the binding in your personal.el file by setting its command to nil. For example, to disable the jj key-chord add the following line:

If you're an evil-mode user you'll probably do well to disable key-chord-mode altogether:

If you want to use vim inside of emacs enable the prelude-evil module which provides support for evil-mode.

The default Prelude installation comes with a bare minimum of functionality. It will however install add-ons for various programming languages and frameworks on demand. For instance - if you try to open a .clj file clojure-mode, cider and Prelude's enhanced Lisp configuration will be installed automatically for you.

You can, of course, install anything you wish manually as well.

Emacs 24 ships with a new theming facility that effectively renders the old color-theme package obsolete. Emacs 24 provides a dozen of built-in themes you can use out-of-the-box by invoking the M-x load-theme command.

Zenburn is the default color theme in Prelude, but you can change it at your discretion. Why Zenburn? I (and lots of hackers around the world) find it pretty neat for some reason. Personally I find the default theme pretty tiresome for the eyes, that's why I took that "controversial" decision to replace it. You can, of course, easily go back to the default (or select another theme entirely).

To disable Zenburn just put in your personal config the following line:

Or you can use another theme altogether by adding something in personal/preload like:

P.S. Solarized is not available by default - you'll have to install it from MELPA first (M-x package-install RET solarized-theme).

Finally, if you don't want any theme at all, you can add this to your personal/preload:

Fork the official Prelude repo and add your own touch to it. You're advised to avoid changing stuff outside of the personal folder to avoid having to deal with git merge conflicts in the future.

If you'd like to add some auto installation of packages in your personal config use the following code:

If you require just a single package you can also use:

Sometimes you might want to load code before Prelude has started loading. Prelude will automatically preload all Emacs Lisp files in your personal/preload directory. Note that at this point you can't using anything from Prelude, except a few variables like prelude-dir, etc (since nothing is yet loaded).

Although whitespace-mode is awesome some people might find it too intrusive. You can disable it in your personal config with the following bit of code:

If you like whitespace-mode but prefer it to not automatically cleanup your file on save, you can disable that behavior by setting prelude-clean-whitespace-on-save to nil in your config file with:

The prelude-clean-whitespace-on-save setting can also be set on a per-file or directory basis by using a file variable or a .dir-locals.el file.

If you're not fond of spellchecking on the fly:

Generally it's a good idea to do a package update before running updating Prelude, since the latest Prelude code might depend on newer versions of the bundled packages than you would currently have installed.

If you're doing manual Prelude updates you should always do a package update first.

That's not necessary if you're using M-x prelude-update, since it will automatically update the installed packages.

Prelude makes heavy use of the flyspell-mode package for spell checking of various things. The proper operation of flyspell depends on the presence of the aspell program and an en dictionary on your system. You can install aspell and the dictionary on OS X with homebrew like this:

On Linux distros - just use your distro's package manager.

If your Emacs looks considerably uglier in a terminal (compared to the GUI version) try adding this to your .bashrc or .zshrc:

If you get some http connection error related to the MELPA repo just do a manual M-x package-refresh-contents and restart Emacs afterwards.

This is not a bug - it's a feature! I firmly believe that the one true way to use Emacs is by using it the way it was intended to be used (as far as navigation is concerned at least).

If you'd like to be take this a step further and disable the arrow key navigation completely put this in your personal config:

To disable guru-mode completely add the following snippet to your personal Emacs config:

Prelude overrides C-a to behave as described here. If you don't like that simply add this to your personal config:

On slower machines, it may be necessary to lower flx-ido-threshold to ensure a smooth experience.

You can always disable the improved sorting algorithm all together like this:

While everything in Prelude should work fine in Windows, I test it only with Linux & OSX, so there are Windows related problems from time to time. This situation will probably improve over time.

Check out the project's issue list a list of unresolved issues. By the way - feel free to fix any of them and send me a pull request. :-)

Support is available via the Prelude Google Group [email protected].

There's also a Freenode channel you can visit - #prelude-emacs.

Here's a list of all the people who have contributed to the development of Emacs Prelude.

Bug reports and suggestions for improvements are always welcome. GitHub pull requests are even better! :-)

Would you tell us more about avdi/.emacs.d?