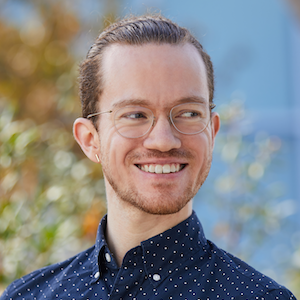 A PyTorch implementation of DenseNet.

A PyTorch Implementation of DenseNet

This is a PyTorch implementation of the DenseNet-BC architecture as described in the paper Densely Connected Convolutional Networks by G. Huang, Z. Liu, K. Weinberger, and L. van der Maaten. This implementation gets a CIFAR-10+ error rate of 4.77 with a 100-layer DenseNet-BC with a growth rate of 12. Their official implementation and links to many other third-party implementations are available in the liuzhuang13/DenseNet repo on GitHub.

As this table from the DenseNet paper shows, it provides competitive state of the art results on CIFAR-10, CIFAR-100, and SVHN.

Why yet another DenseNet implementation?

PyTorch is a great new framework and it’s nice to have these kinds of re-implementations around so that they can be integrated with other PyTorch projects.

How do you know this implementation is correct?

Interestingly while implementing this, I had a lot of trouble getting it to converge and looked at every part of the code closer than I usually would. I compared all of the model’s hidden states and gradients with the official implementation to make sure my code was correct and even trained a VGG-style network on CIFAR-10 with the training code here. It turns out that I uncovered a new critical PyTorch bug (now fixed) that was causing this.

I have left around my original message about how this isn’t working and the things that I have checked in this document. I think this should be interesting for other people to see my development and debugging strategies when having issues implementing a model that’s known to converge. I also started this PyTorch forum thread, which has a few other discussion points. You may also be interested in my script that compares PyTorch gradients to Torch gradients and my script that numerically checks PyTorch gradients.

My convergence issues were due to a critical PyTorch bug related to using torch.cat with convolutions with cuDNN enabled (which it is by default when CUDA is used). This bug caused incorrect gradients and the fix to this bug is to disable cuDNN (which doesn’t have to be done anymore because it’s fixed). The oversight in my debugging strategies that caused me to not find this error is that I did not think to disable cuDNN. Until now, I have assumed that the cuDNN option in frameworks are bug-free, but have learned that this is not always the case. I may have also found something if I would have numerically debugged torch.cat layers with convolutions instead of fully connected layers.

Adam fixed the PyTorch bug that caused this in this PR and has been merged into Torch’s master branch. If you are interested in using the DenseNet code in this repository, make sure your PyTorch version contains this PR and was downloaded after 2017-02-10.

What does the PyTorch compute graph of the model look like?

You can see the compute graph here, which I created with make_graph.py, which I copied from Adam Paszke’s gist. Adam says PyTorch will soon have a better way to create compute graphs.

How does this implementation perform?

Why don’t people use ADAM instead of SGD for training ResNet-style models?

I also tried training a net with ADAM and found that it didn’t converge as well with the default hyper-parameters compared to SGD with a reasonable learning rate schedule.

What about the non-BC version?

I haven’t tested this as thoroughly, you should make sure it’s working as expected if you plan to use and modify it. Let me know if you find anything wrong with it.

A paradigm for ML code

I like to include a few features in my projects that I don’t see in some other re-implementations that are present in this repo. The training code in train.py uses argparse so the batch size and some other hyper-params can easily be changed and as the model is training, progress is written out to csv files in a work directory also defined by the arguments. Then a separate script plot.py plots the progress written out by the training script. The training script calls plot.py after every epoch, but it can importantly be run on its own so figures can be tweaked without re-running the entire experiment.

I think there are ways to improve the memory utilization in this code as in the the official space-efficient Torch implementation. I also would be interested in multi-GPU support.

Running the code and viewing convergence

First install PyTorch (ideally in an anaconda3 distribution). ./train.py will create a model, start training it, and save progress to args.save, which is work/cifar10.base by default. The training script will call plot.py after every epoch to create plots from the saved progress.

The following is a BibTeX entry for the DenseNet paper that you should cite if you use this model.

This repository is Apache-licensed.

A PyTorch implementation of DenseNet. ...

PyTorch implementation of DenseNet and FCDenseNet ...

Would you tell us more about bamos/densenet.pytorch?