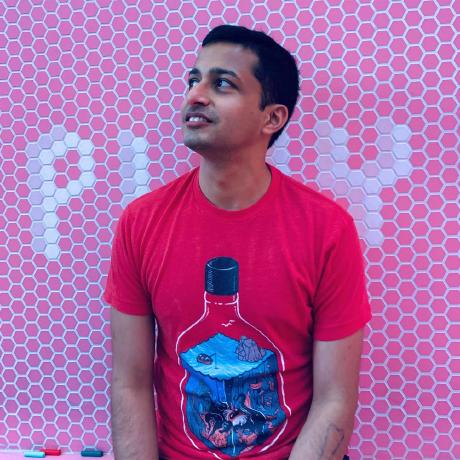 A beautiful and useful prompt for your shell

A Powerline style prompt for your shell

A Powerline like prompt for Bash, ZSH and Fish:

All of the version control systems supported by powerline shell give you a quick look into the state of your repo:

In addition, git has a few extra symbols:

FIXME * A + appears when untracked files are present (except for git, which uses ? instead)

Each of these will have a number next to it if more than one file matches.

This script uses ANSI color codes to display colors in a terminal. These are notoriously non-portable, so may not work for you out of the box, but try setting your $TERM to xterm-256color, because that works for me.

There are a few optional arguments which can be seen by running powerline-shell.py --help.

Add the following to your .bashrc (or .profile on Mac):

Add the following to your .zshrc:

The config.py file defines which segments are drawn and in which order. Simply comment out and rearrange segment names to get your desired arrangement. Every time you change config.py, run install.py, which will generate a new powerline-shell.py customized to your configuration. You should see the new prompt immediately.

The segments directory contains python scripts which are injected as is into a single file powerline_shell_base.py. Each segment script defines a function that inserts one or more segments into the prompt. If you want to add a new segment, simply create a new file in the segments directory and add its name to the config.py file at the appropriate location.

Make sure that your script does not introduce new globals which might conflict with other scripts. Your script should fail silently and run quickly in any scenario.

Make sure you introduce new default colors in themes/default.py for every new segment you create. Test your segment with this theme first.

You should add tests for your segment as best you are able. Unit and integration tests are both welcome. Run your tests with the nosetests command after install the requirements in dev_requirements.txt.

The themes directory stores themes for your prompt, which are basically color values used by segments. The default.py defines a default theme which can be used standalone, and every other theme falls back to it if they miss colors for any segments. Create new themes by copying any other existing theme and changing the values. To use a theme, set the THEME variable in config.py to the name of your theme.

A script for testing color combinations is provided at themes/colortest.py. Note that the colors you see may vary depending on your terminal. When designing a theme, please test your theme on multiple terminals, especially with default settings.

A beautiful and useful prompt for your shell ...

:bullettrain_side: An oh-my-zsh shell theme based on the Powerline Vim plugin ...

:bullettrain_side: An oh-my-zsh shell theme based on the Powerline Vim plugin ...

A beautiful and useful low-latency prompt for your shell, written in go ...

Would you tell us more about banga/powerline-shell?