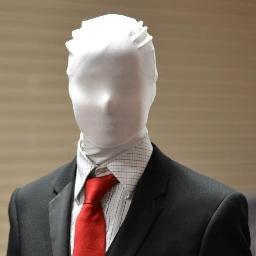 [Déjà Fu is] A martial art in which the user’s limbs move in time as well as space, […] It is best described as “the feeling that you have been kicked in the head this way before”

Have you ever written a concurrent Haskell program and then, Heaven forbid, wanted to test it? Testing concurrency is normally a hard problem, because of the nondeterminism of scheduling: you can run your program ten times and get ten different results if you’re unlucky.

There is a solution! Through these libraries, you can write concurrent programs and test them deterministically. By abstracting out the actual implementation of concurrency through a typeclass, an alternative implementation can be used for testing, allowing the systematic exploration of the possible results of your program.

Each package has its own README in its subdirectory.

There is also dejafu-tests, the test suite for dejafu. This is in a separate package due to Cabal being bad with test suite transitive dependencies.

You should read Parallel and Concurrent Programming in Haskell, by Simon Marlow. It’s very good, and the API of the concurrency package is intentionally kept very similar to the async, base, and stm packages, so all the knowledge transfers.

The wonderful async package by Simon Marlow greatly eases the difficulty of writing programs which merely need to perform some asynchronous IO. The concurrency package includes an almost-total reimplementation of async.

For example, assuming a suitable getURL function, to fetch the contents of two web pages at the same time:

The withAsync function starts an operation in a separate thread, and kills it if the inner action finishes before it completes.

Another example, this time waiting for any of a number of web pages to download, and cancelling the others as soon as one completes:

The async function starts an operation in another thread but, unlike withAsync takes no inner action to execute: the programmer needs to make sure the computation is waited for or cancelled as appropriate.

The fundamental unit of concurrency is the thread, and the most basic communication mechanism is the MVar:

The fork function starts executing a MonadConc action in a separate thread, and takeMVar/putMVar are used to communicate values (newEmptyMVar just makes an MVar with nothing in it). This will either print 'x' or 'y', depending on which of the two threads “wins”.

On top of the simple MVar, we can build more complicated concurrent data structures, like channels. A collection of these are provided in the concurrency package.

Software transactional memory (STM) simplifies stateful concurrent programming by allowing complex atomic state operations. Whereas only one MVar can be modified atomically at a time, any number of TVars can be. STM is normally provided by the stm package, but the concurrency package exposes it directly.

For example, we can swap the values of two variables, and read them in another thread:

Even though the reads and writes appear to be done in multiple steps inside the forked thread, the entire transaction is executed in a single step, by the atomically function. This means that the main thread will observe the values ('x', 'y') or ('y', 'x'), it can never get ('x', 'x') as naive MVar implementation would.

There is a third type of communication primitive, the CRef (known in normal Haskell as the IORef). These do not impose synchronisation, and so the behaviour of concurrent reads and writes depends on the memory model of the underlying processor.

Here spawn forks a thread and gives an MVar which can be read from to get the return value. Under a sequentially consistent memory model, there are three possible results: (True, True), (True, False), and (False, True). Under the relaxed memory model of modern processors, the result (False, False) is also possible. Relaxed memory models allow for reads and writes to be re-ordered between threads.

For testing, three memory models are supported (with the default being TSO):

If you just write your concurrent program using the MonadConc and MonadSTM typeclasses (maybe with MonadIO if you need IO as well), then it is testable with dejafu!

Testing is similar to unit testing, the programmer produces a self-contained monadic action to execute. It is run under many schedules, and the results gathered into a list. This is a little different from normal unit testing, where you just return “true” or “false”, here you have many results, and need to decide if the collection is valid or not.

For the simple cases, where you just want to check something is deterministic and doesn’t deadlock, there is a handy autocheck function. For example:

The correct result is 0, as it starts out as 0 and is incremented and decremented by threads 1 and 2, respectively. However, note the order of acquisition of the locks in the two threads. If thread 2 pre-empts thread 1 between the acquisition of the locks (or if thread 1 pre-empts thread 2), a deadlock situation will arise, as thread 1 will have lock a and be waiting on b, and thread 2 will have b and be waiting on a.

Here is what autocheck has to say about it:

It identifies the deadlock, and also the possible results the computation can produce, and displays a simplified trace leading to each failing outcome. The traces contain thread numbers, which the programmer can give a thread a name when forking. It also returns false as there are test failures.

Note that if your test case does IO, the IO will be executed a lot of times. It needs to be deterministic enough to not invalidate the results of testing. That may seem a burden, but it’s a requirement of any form of testing.

As a general rule of thumb, to convert some existing code to work with dejafu:

The general idea (which I’m trying out as of Feb 2017) is that master should always be at most a minor version ahead of what is released on hackage, there shouldn’t be any backwards-incompatible changes. Backwards-incompatible changes go on the next-major branch. This is to make it feasible to fix bugs without also introducing breaking changes, even if work on the next major version has already begun.

Feel free to contact me on GitHub, through IRC (#haskell on freenode), or email ([email protected]).

hpc can generate a coverage report from the execution of dejafu-tests:

This will print some stats and generate an HTML coverage report:

The highlighted code in the HTML report emphasises branch coverage:

These libraries wouldn’t be possible without prior research, which I mention in the documentation. Haddock comments get the full citation, whereas in-line comments just get the shortened name:

There are also a couple of papers on dejafu itself:

This details dejafu-0.1, and was presented at the 2015 Haskell Symposium.

This is a more in-depth technical report, written between the dejafu-0.2 and dejafu-0.3 releases.

Would you tell us more about barrucadu/dejafu?