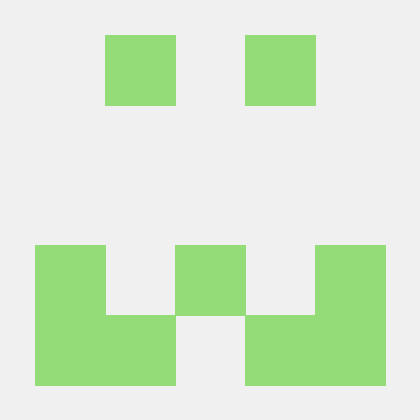 “Leiningen!” he shouted. “You’re insane! They’re not creatures you can fight–they’re an elemental–an ‘act of God!’ Ten miles long, two miles wide–ants, nothing but ants! And every single one of them a fiend from hell…” – from Leiningen Versus the Ants by Carl Stephenson

The master branch is currently in the middle of a rewrite. If you want to build from source for everyday use, use the 1.x branch.

You can also chain tasks together in a single command by using commas:

Most tasks need to be run from somewhere inside a project directory to work, but some (new, help, search, version, and the two-argument version of install) may run from anywhere.

The install task places shell scripts in the ~/.lein/bin directory for projects that include them, so if you want to take advantage of this, you should put it on your $PATH.

To find specific versions of a dependency, use lein search.

The lein new task generates a project skeleton with an appropriate starting point from which you can work. See the sample.project.clj file for a detailed listing of configuration options.

You can also have user-level configuration that applies for all projects. The ~/.lein/init.clj file will be loaded every time Leiningen launches; any arbitrary code may go there. This code is executed inside Leiningen itself, not in your project. Set the :repl-init key in project.clj to point to a namespace if you want code executed inside your project.

You can change the configuration of your project by applying various profiles. For instance, you may want to have a few extra test data directories on the classpath during development without including them in the jar, or you may want to have Swank Clojure available in every project you hack on without modifying every single project.clj you use.

By default the :dev, :user, and :default profiles are activated for each task. Each profile is defined as a map which gets merged into your project map. To add resources directories during development, add a :profiles key to project.clj like so:

You can place any arbitrary defproject entries into a given profile and they will be merged into the project map when that profile is active. In addition to project.clj, profiles specified in ~/.lein/profiles.clj will be available in all projects.

Another use of profiles is to test against various sets of dependencies:

To activate other profiles for a given run, use the with-profile higher-order task:

Multiple profiles may be specified with commas:

A single with-profile call does not apply across task comma-chains.

To see how a given profile affects your project map, use the lein-pprint plugin:

Leiningen supports plugins which may contain both new tasks and hooks that modify behaivour of existing tasks. See the plugins wiki page for a full list. If a plugin is needed for successful test or build runs, (such as lein-tar) then it should be added to :plugins in project.clj, but if it’s for your own convenience (such as swank-clojure) then it should be added to the :plugins list in the :user profile from ~/.lein/profiles.clj. The plugin guide explains how to write plugins.

Q: What’s a group ID? How do snapshots work?
A: See the tutorial for background.

Q: How should I pick my version numbers?
A: Use semantic versioning.

Q: What if my project depends on jars that aren’t in any repository?
A: The deploy guide explains how to set up a private repository. If you are not sharing them with a team you could also just install locally.

Q: I want to hack two projects in parallel, but it’s annoying to switch between them.
A: If you create a directory called checkouts in your project root and symlink some other project roots into it, Leiningen will allow you to hack on them in parallel. That means changes in the dependency will be visible in the main project without having to go through the whole install/switch-projects/deps/restart-repl cycle, and the copy in checkouts will take precedence over the dependency declared in project.clj. Note that this is not a replacement for listing the project in :dependencies; it simply supplements that for convenience.

Q: Is it possible to exclude indirect dependencies?
A: Yes. Some libraries, such as log4j, depend on projects that are not included in public repositories and unnecessary for basic functionality. Projects listed as :dependencies may exclude any of their dependencies by using the :exclusions key. See lein help sample for details.

Q: What does java.lang.NoSuchMethodError: clojure.lang.RestFn.<init>(I)V mean?
A: It means you have some code that was AOT (ahead-of-time) compiled with a different version of Clojure than the one you’re currently using. If it persists after running lein clean then it is a problem with your dependencies. Note that for your own project that AOT compilation in Clojure is much less important than it is in other languages. There are a few language-level features that must be AOT-compiled to work, generally for Java interop. If you are not using any of these features, you should not AOT-compile your project if other projects may depend upon it.

Q: I’m behind an HTTP proxy; how can I fetch my dependencies?
A: TODO: document aether proxy setup.

Q: What can be done to speed up launch?
A: The main delay involved in Leiningen comes from starting the JVM. Most people use a development cycle that involves keeping a single process running for as long as you’re working on that project. Depending on your editor you may be able to do this via its Clojure integration. (See swank-clojure or VimClojure, for example.) Otherwise you can use the basic lein repl.

Q: Still too slow; what else can make startup faster?
A: If you are running an older version of Leiningen (before 1.7) you can export LEIN_JVM_OPTS=-XX:+TieredCompilation to improve boot time. This requires Hotspot version 20 or newer. On newer versions of Leiningen it is enabled automatically.

Q: I don’t have access to stdin inside my project.
A: There’s a problem in the library that Leiningen uses to spawn new processes that blocks access to console input. This means that functions like read-line will not work as expected in most contexts, though the repl task necessarily includes a workaround. You can also use the trampoline task to launch your project’s JVM after Leiningen’s has exited rather than launching it as a subprocess. TODO: document in-process classloader

Please report issues on the Github issue tracker or the mailing list. Personal email addresses are not appropriate for bug reports. See the readme for the leiningen-core library and doc/PLUGINS.md for more details on how Leiningen’s codebase is structured.

Patches are preferred as Github pull requests, though patches from git format-patch are also welcome on the mailing list. Please use topic branches when sending pull requests rather than committing directly to master in order to minimize unnecessary merge commit clutter.

You don’t need to “build” Leiningen per se, but when you’re using a checkout you will need to get its dependencies in place.

Once you’ve done that, symlink bin/lein to somewhere on your $PATH, usually as lein2 in order to keep it distinct from your existing installation.

Would you tell us more about bartojs/leiningen?