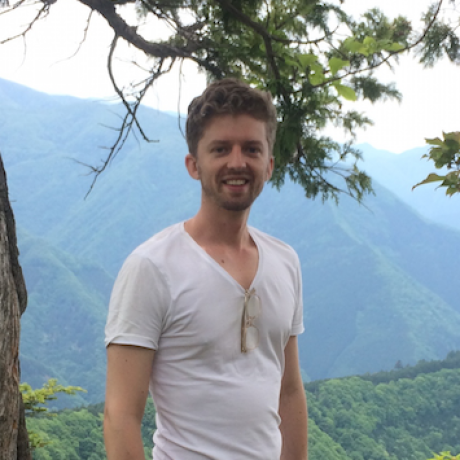 Babushka is a humble tool for automating computing chores. For each dependency (dep) of the job to do, a test, and the code to make that test pass – test-driven sysadmin.

That’s an expository dep that can achieve the modest goal of being on the correct git branch. Notice the parameter denoted by the :branch symbol, and the two DSL words met? and meet: there’s a clear separation of test (is the dependency met?) and code (meet the dependency).

Running this dep when a branch change is required shows how babushka does its work in blocks of met/meet/met: a failing test, an action blindly taken, and then the same test again, hopefully passing now as a result.

If we’re already on the right branch, though, the initial test is already passing, and so there’s no work to do.

That’s all very well for one isolated task. To achieve something bigger, tasks have to trigger other ones, which is where the third DSL word requires comes in.

All the deps listed as requirements of this one have to succeed before this one is even attempted. That reflects reality: asking if we’re on the right git branch doesn’t even make sense if git isn’t installed.

There are other things to learn about, like dep templates, dep sources, and the few remaining words in babushka’s DSL, but the above is the nut of it. If you string a few dozen deps like this one together, you can provision a server from scratch, or do anything else you like.

Babushka is most easily installed using babushka.me/up, a shell script that installs babushka via git (and its dependencies, ruby and git, via your system’s package manager if required). It’s safe to run on existing systems, and intended to be used as the first shell command on a new system too. You can install babushka this way using curl or wget:

If you’d rather install manually, all you need to do is clone the git repo (or extract an archive of it), and if you like, link bin/babushka.rb into your path as ‘babushka’.

Check the install documentation, for the full details on customising the installation, including locking to specific versions and installing from forks using babushka.me/up.

Babushka itself should run on any Unix; there’s nothing in the core of babushka that requires anything other than unix, ruby, and git.

I develop babushka against OS X and Ubuntu, so homebrew and apt are the best-supported package managers. There is also some yum (RedHat/Fedora/CentOS) and pacman (Arch) support, thanks to others’ contributions. On other systems, specific operations (like installing a package using that system’s package manager) will fail with an error message, but otherwise babushka should run fine. In any case, patches are most welcome.

Thanks very much to everyone who’s contributed to babushka, whether by submitting patches, discussing design ideas with me, testing, or just giving their feedback.

Rather than a list of contributors here, which inevitably falls out of date, check the contributors page. For other contributions, version-bumping commits always detail what changed and who helped out.

The webapp running on babushka.me, that serves babushka.me/up and hosts the docs. ...

Would you tell us more about benhoskings/babushka?