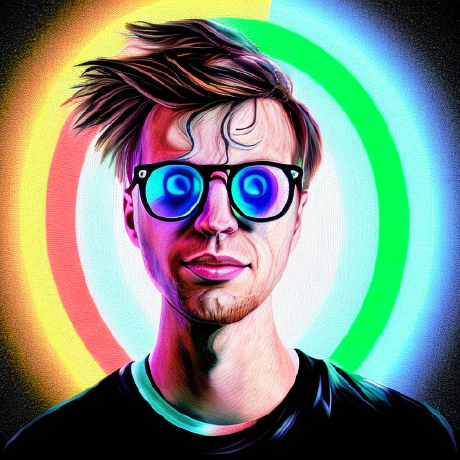 Celery is a distributed task queue.

It was first created for Django, but is now usable from Python. It can also operate with other languages via HTTP+JSON.

This introduction is written for someone who wants to use Celery from within a Django project. For information about using it from pure Python see Can I use Celery without Django?, for calling out to other languages see Executing tasks on a remote web server.

It is used for executing tasks asynchronously, routed to one or more worker servers, running concurrently using multiprocessing.

It is designed to solve certain problems related to running websites demanding high-availability and performance.

It is perfect for filling caches, posting updates to twitter, mass downloading data like syndication feeds or web scraping. Use-cases are plentiful. Implementing these features asynchronously using celery is easy and fun, and the performance improvements can make it more than worthwhile.

This is a high level overview of the architecture.

The result of the task can be stored for later retrieval (called its “tombstone”).

The API Reference_ is hosted at Github (http://ask.github.com/celery)

You can install celery either via the Python Package Index (PyPI) or from source.

Downloading and installing from source

You can install it by doing the following,::

You can clone the repository by doing the following::

To use celery we need to create a RabbitMQ user, a virtual host and allow that user access to that virtual host::

From RabbitMQ version 1.6.0 and onward you have to use the new ACL features to allow access::

If you are still using version 1.5.0 or below, please use map_user_vhost::

Configuring your Django project to use Celery

You only need three simple steps to use celery with your Django project.

There are more options available, like how many processes you want to process work in parallel (the CELERY_CONCURRENCY setting), and the backend used for storing task statuses. But for now, this should do. For all of the options available, please consult the API Reference_

Note: If you’re using SQLite as the Django database back-end, celeryd will only be able to process one task at a time, this is because SQLite doesn’t allow concurrent writes.

To test this we’ll be running the worker server in the foreground, so we can see what’s going on without consulting the logfile::

However, in production you probably want to run the worker in the background, as a daemon::

For a complete listing of the command line arguments available, with a short description, you can use the help command::

Please note All of these tasks has to be stored in a real module, they can’t be defined in the python shell or ipython/bpython. This is because the celery worker server needs access to the task function to be able to run it. So while it looks like we use the python shell to define the tasks in these examples, you can’t do it this way. Put them in the tasks module of your Django application. The worker server will automatically load any tasks.py file for all of the applications listed in settings.INSTALLED_APPS. Executing tasks using delay and apply_async can be done from the python shell, but keep in mind that since arguments are pickled, you can’t use custom classes defined in the shell session.

While you can use regular functions, the recommended way is to define a task class. This way you can cleanly upgrade the task to use the more advanced features of celery later.

This is a task that basically does nothing but take some arguments, and return a value:

Now if we want to execute this task, we can use the delay method of the task class (this is a handy shortcut to the apply_async method which gives you greater control of the task execution).

Note If everything is just hanging when you execute delay, please check that RabbitMQ is running, and that the user/password has access to the virtual host you configured earlier.

Right now we have to check the celery worker logfiles to know what happened with the task. This is because we didn’t keep the AsyncResult object returned by delay.

The AsyncResult lets us find the state of the task, wait for the task to finish and get its return value (or exception if the task failed).

So, let’s execute the task again, but this time we’ll keep track of the task:

If the task raises an exception, the result.success() will be False, and result.result will contain the exception instance raised.

celery has an auto-discovery feature like the Django Admin, that automatically loads any tasks.py module in the applications listed in settings.INSTALLED_APPS. This autodiscovery is used by the celery worker to find registered tasks for your Django project.

Periodic tasks are tasks that are run every n seconds. Here’s an example of a periodic task:

Note: Periodic tasks does not support arguments, as this doesn’t really make sense.

A look inside the worker

Come chat with us on IRC. The #celery_ channel is located at the Freenode_ network.

If you have any suggestions, bug reports or annoyances please report them to our issue tracker at http://github.com/ask/celery/issues/

You are highly encouraged to participate in the development of celery. If you don’t like Github (for some reason) you’re welcome to send regular patches.

This software is licensed under the New BSD License. See the LICENSE file in the top distribution directory for the full license text.

This repository contains the example code for my blog article Using Celery with Flask. ...

Celery integration for Flask (SINCE CELERY 3.0 THIS IS NO LONGER NEEDED) ...

Would you tell us more about bfirsh/celery?