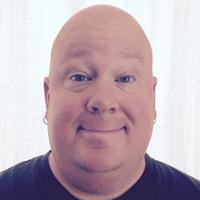 Delayed_job (or DJ) encapsulates the common pattern of asynchronously executing longer tasks in the background.

The library evolves around a delayed_jobs table which can be created by using:

The created table looks as follows:

The default @[email protected] is @[email protected] If your job takes longer than that, another computer could pick it up. It’s up to you to make sure your job doesn’t exceed this time. You should set this to the longest time you think the job could take.

By default, it will delete failed jobs (and it always deletes successful jobs). If you want to keep failed jobs, set @Delayed::Worker.destroy_failed_jobs = [email protected] The failed jobs will be marked with non-null failed_at.

Note: If your error messages are long, consider changing last_error field to a :text instead of a :string (255 character limit).

There is also a second way to get jobs in the queue: send_later.

This will simply create a @Delayed::[email protected] job in the jobs table which serializes all the parameters you pass to it. There are some special smarts for active record objects which are stored as their text representation and loaded from the database fresh when the job is actually run later.

You can also run by writing a simple @script/[email protected], and invoking it externally:

Workers can be running on any computer, as long as they have access to the database and their clock is in sync. You can even run multiple workers on per computer, but you must give each one a unique name:

Keep in mind that each worker will check the database at least every 5 seconds.

Note: The rake task will exit if the database has any network connectivity problems.

Would you tell us more about bonkydog/delayed_job?