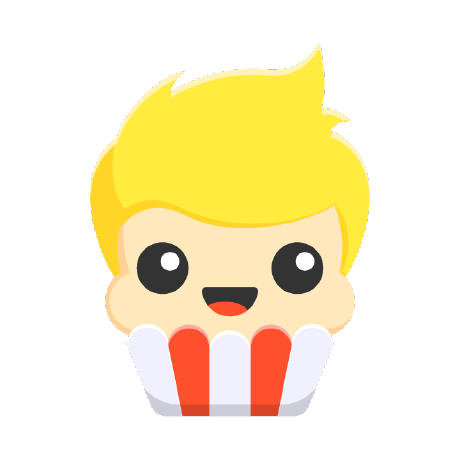 All the free parts of what used to be Popcorn Time

Allow any user to easily watch movies through torrent streaming, without any prerequisites.

Want to report a bug, request a feature, contribute to or translate Butter? Check out our in-depth guide to Contributing to Butter. We need all the help we can get! You can also join our community to keep up-to-date and meet other Butterrs.

If you’re comfortable getting up and running from a git clone, this method is for you.

After you clone the GitHub repository, you will need to build a number of assets using gulp.

The master branch which contains the latest release.

Full instructions & troubleshooting tips can be found in the Contributing Guide 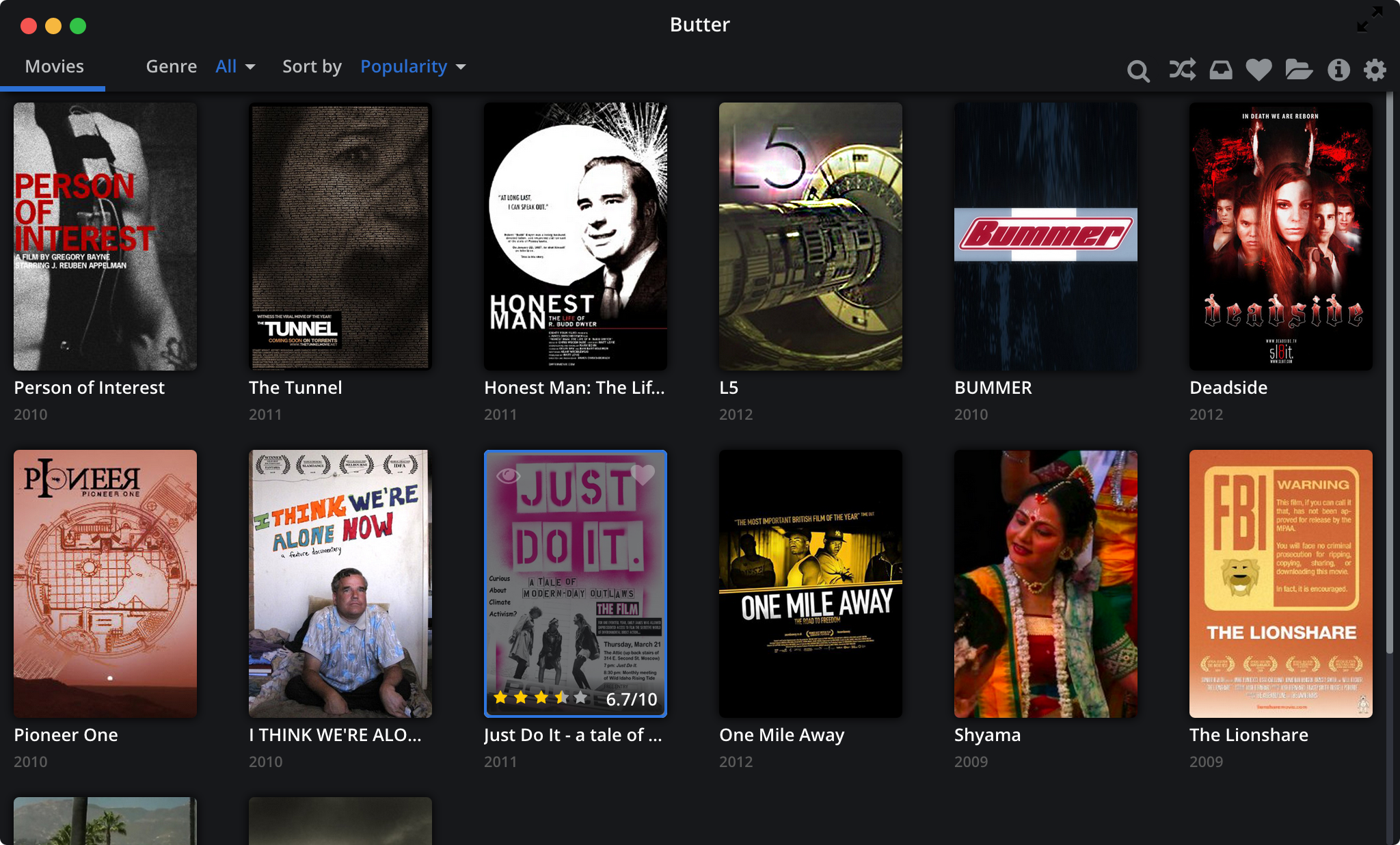 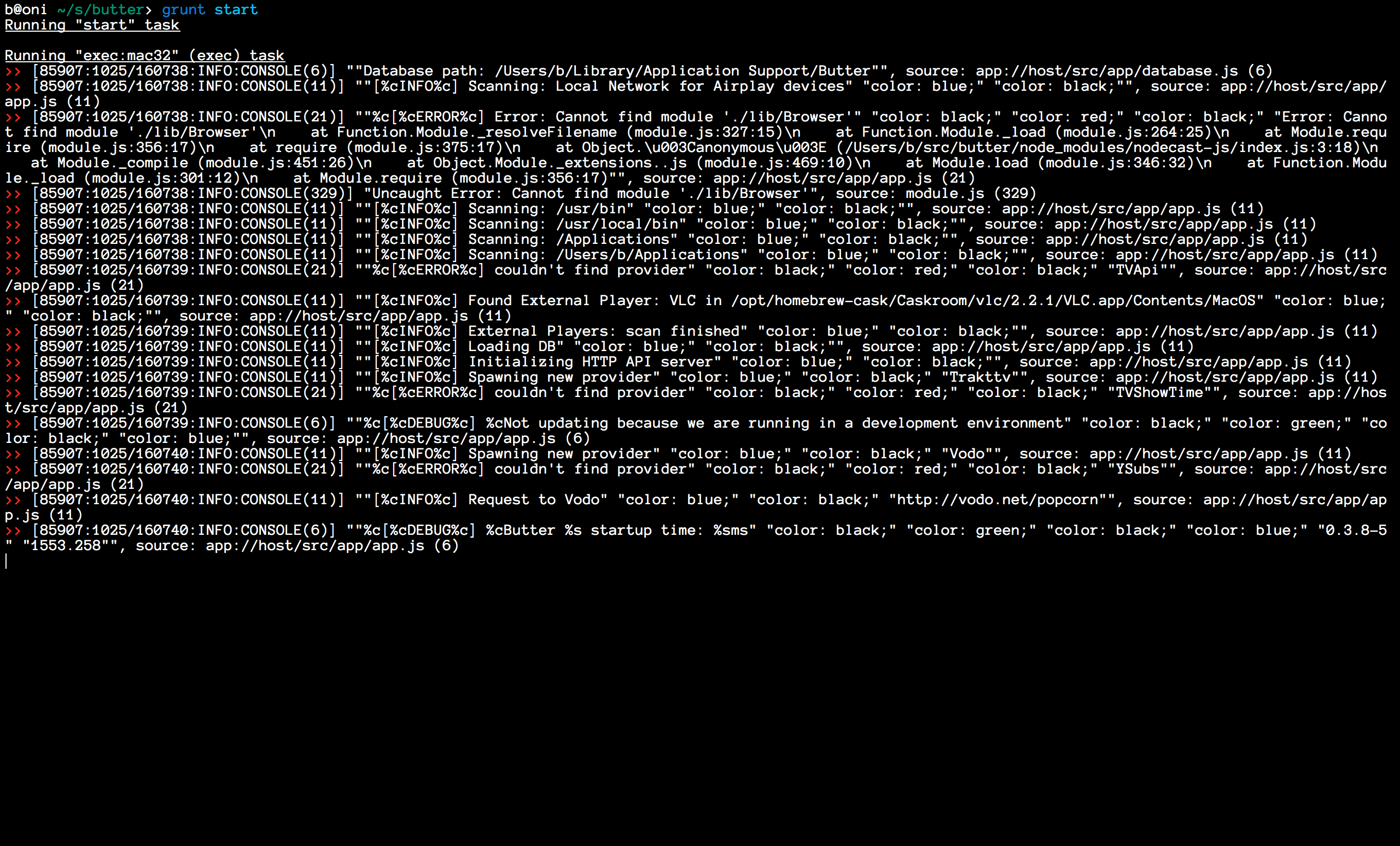 For transparency and insight into our release cycle, and for striving to maintain backward compatibility, Butter will be maintained according to the Semantic Versioning guidelines as much as possible.

Constructed with the following guidelines:

If you distribute a copy or make a fork of the project, you have to credit this project as the source.

This program is free software: you can redistribute it and/or modify it under the terms of the GNU General Public License as published by the Free Software Foundation, either version 3 of the License, or (at your option) any later version.

This program is distributed in the hope that it will be useful, but WITHOUT ANY WARRANTY; without even the implied warranty of MERCHANTABILITY or FITNESS FOR A PARTICULAR PURPOSE. See the GNU General Public License for more details.

You should have received a copy of the GNU General Public License along with this program. If not, see http://www.gnu.org/licenses/ .

All the free parts of what used to be Popcorn Time ...

All the free parts of what used to be Popcorn Time ...

Would you tell us more about butterproject/butter-desktop?