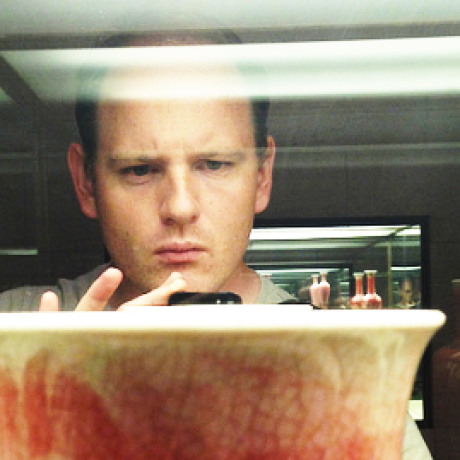 Image-compositing scripts for filtering weather out of satellite images

Hi! This is a set of scripts for sieving cloudless pixels out of satellite images to make smooth composites. Please consider it an early beta.

Thanks to Michal Migurski, @meetar, and Jacques Frechet for pointing out some of the more howling bugs so far. Special thanks to @meetar for the name.

Once the requirements are installed, run:

To understand how everything fits together, we’ll walk through making a composite. We will:

The strip stuff (mostly isolated in steps 2 and 5) is just for efficient parallelization on a multicore machine and can be skipped.

Depending on your platform, jpegtran may be part of a package named libjpeg, libjpeg-bin, or something else.

In OS X by default, I’m pretty sure:

If you have pip and Homebrew:

You may be able to get everything working with pypy instead of python by doing an s/numpy/numpypy/g, but at least with the versions I have, pypy’s PIL’s pixel access objects are so slow that it’s a net speed loss.

cd into the wheather directory. We’re going to do this sloppy-style and scatter files every which way.

I’m going to call these images “raw”, but in fact they’re channel-composed, draped, projected, filled with in-band nulls for missing data, and JPEG-compressed between the satellite and us. For our purposes they’re raw.

There are many sources for raws. Let’s use http://www.pecad.fas.usda.gov/cropexplorer/modis_summary/

I’m clicking the southernmost mostly-land grid square on Africa, because I happen to know it works well, but you can do whatever you want. Notice that the rows are named in ascending order along the y axis, instead of the usual descending order for computer images.

Depending on the time of day, you may see nothing, just Terra (morning) images, or morning and afternoon (Terra and Aqua) images. If you don’t see both, click “previous day” near the top.

We want true-color images. For this example, we’ll use 1 km imagery. If I click on the Terra 1 km for today, I see: http://www.pecad.fas.usda.gov/cropexplorer/modis_summary/modis_fullpage.cfm?modis_tile=r06c22&dt=2013008&sat_name=terra&img_res=1km&modis_date=01/08/13&cntryid=

The structure of the interesting part is:

/RRGlobal_r06c22 – the grid cell again, in the filename part

.terra – which sensor/satellite it’s from; could also be “aqua”

For simplicity let’s get the last 30 days of 2012. (Later note: ha, I forgot 2012’s a leap year!) That’s early winter where I am, so it’s early summer in SA, which should be around peak greenness. The repeated day code in the URL means we have to set a variable to make the download work:

(We could replace “terra” with “{terra,aqua}” and curl would know what to do, but let’s keep it simple.)

Have a glance at the images. They should each be 1024 by 1024, about a quarter of a megabyte, and show a mix of ground cover, clouds, and missing data fill where the satellite swaths don’t overlap.

This is pretty cool in its own right, but from a nitpicky point of view we can complain about the general mottledness and the dark sawteeth of black missing data along the top.

2. Split them into strips

Okay, this is the really, really gross part. The script called slicey.sh has a bunch of hardcoded numbers to, as it is now, split 1024 by 1024 images into eight 1024 by 128 images. It does this by taking a given image and throwing it at jpegtran 8 times in a row. My hope is that JPEG decoding is so optimized, and the disk cache is smart enough, that this isn’t very slow. My hope is false. This is dumb.

The reason we don’t use one of the many fine tile scripts out there is that the JPEG compression on the raws is already stronger than I’d like. I really don’t want to recompress the JPEG. jpegtran is the only tool I know of that will write out a truly lossless crop of a JPEG region. We could write out PNGs instead of JPEGs, but the disk i/o and storage would be insane for large sets of images.

(If you cleverly disregarded my use of 1024x images, go in slicey.sh and edit it as appropriate now. Better yet, properly parametrize it. slicey.sh also hardcoded to look for “raws”, which is also too brittle.)

You should now see a folder called slice with directories called 0..7 in it, each with 30 image slices.

Okay! Now we’re going to do the sieving – the actual work of this whole project. Conceptually, we arrange all the pixels in all our images into a rectangular solid and sort every z-axis stack by a function that scores pixels according to whether they look like a cloud. Then we throw away all but the least cloudy-looking layers and average the rest.

The main python file for this is buff-cube.py, so called because of an implementation detail that I can explain at further length but won’t. (Okay, real quick, instead of storing all the pixels, we only store as many as we know we’re going to keep, and let incoming good pixels displace them. But to avoid a full re-sort every time a new layer comes in, we buffer new images in small groups. Thus “buff”.)

buff-cube.py is hard-coded to generate, from n input images (30 in this case), n/4 + 2 output images – the top quartile of quality, plus a couple to provde some depth in very small sets. Change that as you see fit. Obviously it should be a parameter.

There’s a script called cube-driver.sh whose main purpose is to let you pick how many cores you want to use at once. I have 4 cores on this machine, and I’m okay maxing them all out, so I’m going to type:

When finished, the second batch:

As you would expect, actual efficiently is significant sublinear to number of cores used.

Now we have pixel-sorted slices in a directory called cube. Let’s average them. (To do: script for this.)

You can change cube/$slice/* to say cube/$slice/{0..5}.png or whatever to get a finer selection of pixels.

5. Rejoin the strips into a cloudless image

And now we splice them together:

You can still see some significant artifacts. There’s mottling and even a little bit of cloud in the ocean. This will disappear if you use more input images, or they’re clearer. But the basics should be clear.

Included with this repo are some files which will automatically configure a virtual machine running Ubuntu, installing all the required libraries and giving you a “cleanroom” to work in. To do this:

Your local working directory will be accessible through the vm, in a directory called /vagrant/. All of the commands mentioned above should run there with no trouble.

When you’re done with the vm, you can shut it down from the same window you started it, with vagrant halt

If you have multiple cores, and your machine supports hardware virtualization, you are strongly encouraged to configure the maximum number of cores allotted to the vm in the VirtualBox options, which will make your processes process much more rapidly. (You may have to shut down the vm first, change the settings in VirtualBox, and then restart the vm.)

Would you tell us more about celoyd/wheather?