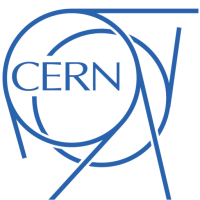 Distributed Keras is a distributed deep learning framework built op top of Apache Spark and Keras, with a focus on “state-of-the-art” distributed optimization algorithms. We designed the framework in such a way that a new distributed optimizer could be implemented with ease, thus enabling a person to focus on research. Several distributed methods are supported, such as, but not restricted to, the training of ensembles and models using data parallel methods.

Most of the distributed optimizers we provide, are based on data parallel methods. A data parallel method, as described in [1], is a learning paradigm where multiple replicas of a single model are used to optimize a single objective. Using this approach, we are able to dignificantly reduce the training time of a model. Depending on the parametrization, we also observed that it is possible to achieve better statistical model performance compared to a more traditional approach (e.g., like the SingleTrainer implementation), and yet, spending less wallclock time on the training of the model. However, this is subject to further research.

Attention: We recommend reading the workflow Jupyter notebook. This includes a complete description of the problem, how to use it, preprocess your data with Apache Spark, and a performance evaluation of all included distributed optimizers.

Attention: A rather complete introduction to the problem of Distributed Deep Learning is given here: http://joerihermans.com/ramblings/distributed-deep-learning-part-1-an-introduction/. However, we also add all blog posts to this GitHub repository for future consistency. They can all be found in the resources folder.

We will guide you how to install Distributed Keras. However, we will assume that an Apache Spark installation is available. In the following subsections, we describe two approaches to achieve this.

When you only require the framework for development purposes, just use pip to install dist-keras.

However, if you would like to contribute, or run some of the examples. It is probably best to clone the repository directly from GitHub and install it afterwards using pip. This will also resolve possible missing dependencies.

We would like to refer the reader to the workflow.ipynb notebook in the examples folder. This will give you a complete introduction to the problem of distributed deep learning, and will guide you through the steps that have to be executed.

Furthermore, we would also like to show how you exactly should process “big” datasets. This is shown in the examples starting with the prefix example_. Please execute them in the provided sequence.

If you want to run the examples using Apache Spark 2.0.0 and higher. You will need to remove the line containing sqlContext = SQLContext(sc). We need to do this because in Spark 2.0+, the SQLContext, and Hive context are now merged in the Spark session.

This optimizer follows the traditional scheme of training a model, i.e., it uses sequential gradient updates to optimize the parameters. It does this by executing the training procedure on a single Spark executor.

DOWNPOUR variant which is able to achieve significantly better statistical performance while being less sensitive to hyperparameters. This optimizer was developed using insights gained while developing this framework. More research regarding parameter staleness is still being conducted to further improve this optimizer.

Dynamic SGD, dynamically maintains a learning rate for every worker by incorperating parameter staleness. This optimization scheme is introduced in “Heterogeneity-aware Distributed Parameter Servers” at the SIGMOD 2017 conference [5].

The distinctive idea of EASGD is to allow the local workers to perform more exploration (small rho) and the master to perform exploitation. This approach differs from other settings explored in the literature, and focus on how fast the center variable converges [2] .

In this section we show the asynchronous version of EASGD. Instead of waiting on the synchronization of other trainers, this method communicates the elastic difference (as described in the paper), with the parameter server. The only synchronization mechanism that has been implemented, is to ensure no race-conditions occur when updating the center variable.

Asynchronous EAMSGD is a variant of asynchronous EASGD. It is based on the Nesterov’s momentum scheme, where the update of the local worker is modified to incorepare a momentum term [2] .

An asynchronous stochastic gradient descent procedure introduced by Dean et al., supporting a large number of model replicas and leverages adaptive learning rates. This implementation is based on the pseudocode provided by [1] .

In ensemble training, we train n models in parallel on the same dataset. All models are trained in parallel, but the training of a single model is done in a sequential manner using Keras optimizers. After the training process, one can combine and, for example, average the output of the models.

Model averaging is a data parallel technique which will average the trainable parameters of model replicas after every epoch.

We also support remote job deployment. For example, imagine you are developing your model on a local notebook using a small development set. However, in order to submit your job on a remote cluster, you first need to develop a cluster job, and run the job there. In order to simplify this process, we have developed a simplified interface for a large scale machine learning job.

In order to submit a job to a remote cluster, you simply run the following code:

Job scheduling, and execution is handled by our Punchcard server. This server will accept requests from a remote location given a specific secret, which is basically a long identification string of a specific user. However, a user can have multiple secrets. At the moment, a job is only executed if there are no other jobs running for the specified secret.

In order to submit jobs to Punchcard we need to specify a secrets file. This file is basically a JSON structure, it will have the following structure:

After the secrets file has been constructed, the Punchcard server can be started by issueing the following command.

In order to simplify secret generation, we have added a costum script which will generate a unique key for the specified identity. The structure can be generated by running the following command.

If you use this framework in any academic work, please use the following BibTex code.

Would you tell us more about cerndb/dist-keras?