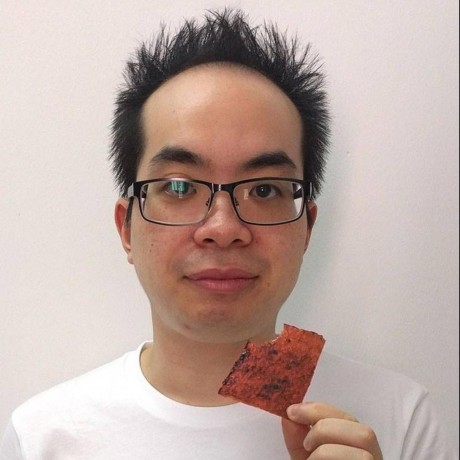 Gorgonia is a library that helps facilitate machine learning in Go.

Gorgonia is a library that helps facilitate machine learning in Go. Write and evaluate mathematical equations involving multidimensional arrays easily. If this sounds like Theano or TensorFlow, it’s because the idea is quite similar. Specifically, the library is pretty low-level, like Theano, but has higher goals like Tensorflow.

The main reason to use Gorgonia is developer comfort. If you’re using a Go stack extensively, now you have access to the ability to create production-ready machine learning systems in an environment that you are already familiar and comfortable with.

ML/AI at large is usually split into two stages: the experimental stage where one builds various models, test and retest; and the deployed state where a model after being tested and played with, is deployed. This necessitate different roles like data scientist and data engineer.

Typically the two phases have different tools: Python/Lua (using Theano, Torch, etc) is commonly used for the experimental stage, and then the model is rewritten in some more performant language like C++ (using dlib, mlpack etc). Of course, nowadays the gap is closing and people frequently share the tools between them. Tensorflow is one such tool that bridges the gap.

Gorgonia aims to do the same, but for the Go environment. Gorgonia is currently fairly performant - its speeds are comparable to Theano’s and Tensorflow’s (official benchmarks haven’t yet been done because of an existing CUDA bug in Gorgonia; and also the implementations may differ slightly so an exact like-for-like model is hard to compare).

There are very few dependencies that Gorgonia uses - and they’re all pretty stable, so as of now, there isn’t a need for vendoring tools. These are the list of external packages that Gorgonia calls, ranked in order of reliance that this package has (subpackages are omitted):

Gorgonia works by creating a computation graph, and then executing it. Think of it as a programming language, but is limited to mathematical functions. In fact this is the dominant paradigm that the user should be used to thinking about. The computation graph is an AST.

Microsoft’s CNTK, with its BrainScript, is perhaps the best at exemplifying the idea that building of a computation graph and running of the computation graphs are different things, and that the user should be in different modes of thoughts when going about them.

Whilst Gorgonia’s implementation doesn’t enforce the separation of thought as far as CNTK’s BrainScript does, the syntax does help a little bit.

You might note that it’s a little more verbose than other packages of similar nature. For example, instead of compiling to a callable function, Gorgonia specifically compiles into a *program which requires a *TapeMachine to run. It also requires manual a Let(...) call.

The author would like to contend that this is a Good Thing - to shift one’s thinking to a machine-based thinking. It helps a lot in figuring out where things might go wrong.

There are two VMs in the current version of Gorgonia:

The LispMachine on the other hand was designed to take a graph as an input, and executes directly on the nodes of the graph. If the graph change, simply create a new lightweight LispMachine to execute it on. The LispMachine is suitable for tasks such as creating recurrent neural networks without a fixed size.

Prior to release of Gorgonia, there was a third VM - a stack based VM that is similar to TapeMachine but deals with artificial gradients better. It may see light of day again, once this author has managed to fix all the kinks.

Runtime of course, refers to the execution of the expression graph, not the program’s actual runtime.

With the introduction to the two VMs, it’s easy to see how Gorgonia can perform both symbolic and automatic differentiation. Using the same example as above, the reader should note that there was no differentiation done. Instead, let’s try with a LispMachine:

Of course, Gorgonia also supports the more traditional symbolic differentiation like in Theano:

Currently Gorgonia only performs backwards mode automatic differentiation (aka backpropagation), although one may observe the vestiges of an older version which supported forwards mode differentiation in the existence of *dualValue. It may return in the future.

A lot has been said about a computation graph or an expression graph. But what is it exactly? Think of it as an AST for the math expression that you want. Here’s the graph for the examples (but with a vector and a scalar addition instead) above:

By the way, Gorgonia comes with nice-ish graph printing abilities. Here’s an example of a graph of the equation y = x² and its derivation:

To read the graph is easy. The expression builds from bottom up, while the derivations build from top down. This way the derivative of each node is roughly on the same level.

A Node is rendered thusly:

#API Stability# Gorgonia’s API is as of right now, not considered stable. It will be stable from version 1.0 forwards.

1.0 is defined by when the test coverage hits 90%, and the relevant Tensor methods have been completed.

Here are the goals for Gorgonia, sorted by importance

#Goals# The primary goal for Gorgonia is to be a highly performant machine learning/graph computation-based library that can scale across multiple machines. It should bring the appeal of Go (simple compilation and deployment process) to the ML world. It’s a long way from there currently, however, the baby steps are already there.

The secondary goal for Gorgonia is to provide a platform for exploration for non-standard deep-learning and neural network related things. This includes things like neo-hebbian learning, corner-cutting algorithms, evolutionary algorithms and the like.

Obviously since you are most probably reading this on Github, Github will form the major part of the workflow for contributing to this package.

Significant Contributors list will be updated once a month (if anyone even uses Gorgonia that is).

#How To Get Support# The best way of support right now is to open a ticket on Github.

Gorgonia is licenced under a variant of Apache 2.0. It’s for all intents and purposes the same as the Apache 2.0 Licence, with the exception of not being able to commercially profit directly from the package unless you’re a Significant Contributor (for example, providing commercial support for the package). It’s perfectly fine to profit directly from a derivative of Gorgonia (for example, if you use Gorgonia as a library in your product)

Everyone is still allowed to use Gorgonia for commercial purposes (example: using it in a software for your business).

Gorgonia is a library that helps facilitate machine learning in Go. ...

Would you tell us more about chewxy/gorgonia?