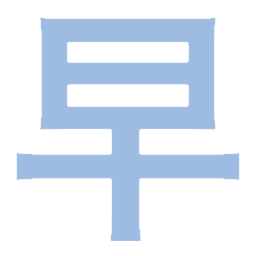 Chihaya is an open source BitTorrent tracker written in Go.

Chihaya is built for developers looking to integrate BitTorrent into a preexisting production environment. Chihaya’s pluggable architecture and middleware framework offers a simple and flexible integration point that abstracts the BitTorrent tracker protocols. The most common use case for Chihaya is integration with the deployment of cloud software.

Facebook uses BitTorrent to deploy new versions of their software. In order to optimize the flow of traffic within their datacenters, Chihaya is configured to prefer peers within the same subnet. Because Facebook organizes their network such that server racks are allocated IP addresses in the same subnet, the vast majority of deployment traffic never impacts the congested areas of their network.

Quay is a container registry that offers the ability to download containers via BitTorrent in order to speed up large or geographically distant deployments. Announce URLs from Quay’s torrent files contain a JWT in order to allow Chihaya to verify that an infohash was approved by the registry. By verifying the infohash, Quay can be sure that only their content is being shared by their tracker.

In order to compile the project, the latest stable version of Go and a working Go environment are required.

BitTorrent clients send Announce and Scrape requests to a Frontend. Frontends parse requests and write responses for the particular protocol they implement. The TrackerLogic interface to is used to generate responses for their requests and optionally perform a task after responding to a client. A configurable chain of PreHook and PostHook middleware is used to construct an instance of TrackerLogic. PreHooks are middleware that are executed before the response has been written. After all PreHooks have executed, any missing response fields that are required are filled by reading out of the configured implementation of the Storage interface. PostHooks are asynchronous tasks that occur after a response has been delivered to the client. Request data is written to the storage asynchronously in one of these PostHooks.

A high-performance BitTorrent tracker in Go. ...

A high-performance BitTorrent tracker in Go. ...

Would you tell us more about chihaya/chihaya?