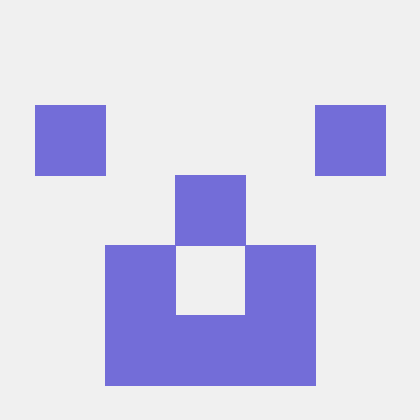 What is the DICOM Anonymization pipeline?

The pipeline records information about each step using log files in a time stamped directory (more details to follow). It is capable of restarting a run from a failed step. This pipeline is currently using a very new DICOM anonymizer (located at http://github.com/cbmi/dicom-anon). Please use with caution and report any issues.

This pipeline assumes you have two image archives (PACS), one where identified images are stored (staging) and one where the de-identified images will be stored (production). It is assumed that you are running the django-dicom-review application so that it serves up to reviewers images from the identified staging archive, and this pipeline will be pushing to the production staging archive.

Run the following commands to install the pipeline. If you are using a virtualenv, you may want to clone it into that directory.

Once this is done, you will need to place a valid local_settings.py in your root directory.

This settings file is used by both the Django ORM to read and write to the models that represent your studies and the DICOM utilities that receive and push the actual files to the PACS.

In the root directory of the pipeline repository you will find a local_settings.sample.py. Rename this file local_settings.py and fill out as appropriate. The comments within the file should explain what each value represents. Again, the “LOCAL_AE” value in this file must be setup properly on your staging PACS as described in the pre-requisites section.

If you have an existing identity.db (which is used by the anonymizer), it must be in the pipeline root directory. Otherwise it will create a new one, and it will not be able to take advantage of any previous mappings it made. For example, if you use the same identity.db file, and the anonymizer previously mapped identified Study UID 1 to anonymized Study UID 0, it will continue to use that same mapping in the current round of anonymizations. If you do not have the identity.db file, STUDY UID 1 will be re-assigned a new anonymized Study UID if encountered.

The pipeline.py file has a few options, including the ability to limit the number of studies processed (-m), restarting the last pipeline attempt instead of starting a new one (-r), and running a practice run that makes no permanent changes (-p). Use the –help option to see details on all options.

From the root directory of the pipeline git repository, run the following command

The following files will also be created:

The most institution/project specific step in the pipeline is the post_anonymize step. For our internal implementation, and by default, this will execute the script called load_studies.py which uses the identity.db file created and maintained by the anonymizer to hook up the now de-identified studies to existing patients in a research database. It is likely that other projects will need to perform a similar task, but unlikely that the process will be the same as database schemas in existing systems will vary. The pipeline includes a hook to enable overriding the code that gets executed at this step.

At the top of the file do the following imports

The process of linking de-identified studies to existing de-identified patients will likely require that you to trace from the de-identified studyuids and other attributes to the identified ones. To do this, you can query the sqlite database created by the pipeline. This creates tables for some of the DICOM attributes that were cleaned with an original and cleaned field for each value that was changed. You can examine the database using the sqlite client, but some of the tables it creates are patient, accession_no, and studyuid. For example, if in your post_anon_hook, you were looking at a de-identified DICOM file and you needed to find out what its original accession_no was, you could issue the following SQL query to the identity.db.

Some DICOM values can potentially contain PHI, but completely stripping them can reduce the utility of the studies for research. This is especially true for Study and Series descriptions because it makes it difficult to tell what the study contains. To accommodate this, the anonymizer allows you to enforce white lists on specific DICOM attributes. If the value matches one on the white list, it will be left, if not, it will be stripped. The dictionary is stored in a file called dicom_limited_vocabulary.json. It is a dictionary where the keys are DICOM attributes in the format “0000,0000”, and the values are lists of strings that are allowed for that value. By default, it is an empty dictionary, so nothing will be enforced. Below is an example that would allow a couple values for Study and Series description.

The clean_data.py script takes a date as a command line argument and deletes the run_at directories in your data directory that were created earlier than that day. This can be used to save space by cleaning out old DICOM files that are no longer needed. The text log files will remain.

There are various scripts in the dicom-tools repository (which is checked out as a submodule of this repo). See the README in that repository. The two most directly useful to DICOM anonymization are:

Would you tell us more about chop-dbhi/dicom-pipeline?