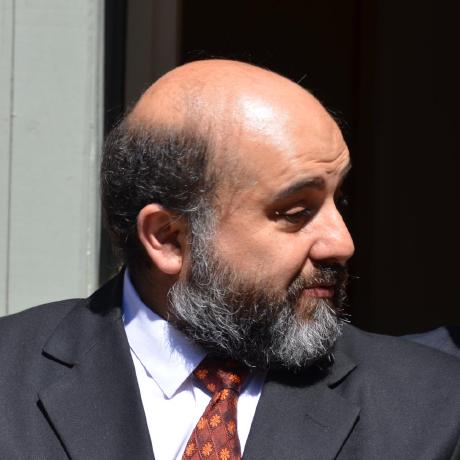 == Ruby Rich Text Format (RTF) Library The RTF library provides a pure Ruby set of functionality that can be used to programmatically create RTF documents. The main aim in developing this library is to ease the complexity involved in assembling RTF documents although some consideration has also been given to generating documents that are easier to manually interpret too.

=== Known Issues I've tried to assemble a reasonably extensive (although I won't claim exhaustive) unit test for the library. Despite that, this is an early release of the code and I'm sure there will be issues with it given the complexity inherent in RTF. The following are issues that I'm already aware of with the library...

=== To Do This section details that areas where I feel the library is currently lacking or incomplete. I hope to address the things detailed here in later releases of the code.

=== Some Examples Okay, so how is the library used. Well lets look at some examples to see if we can cast a little light on the matter. The examples provided here assume that you are already familiar with the Ruby language. So, for a start, consider...

The first thing to look at here at the are the first two lines. The RTF library is provided as a Ruby gem and these two lines load the libraries functionality into the script. The third line of code includes the RTF module into the current name space. This is a convenience mechanism that saves on specifically having to refer to the module when accessing the RTF library. Next we want to create an RTF document and that is done like this...

This line of code creates a new Document object, specifying that the default font for the document will the the Times New Roman font. So we have a document, what can we do with it. Well, lets add a short paragraph of text...

document.paragraph << "This is a short paragraph of text."

That's fine, but what if we wanted to extend that paragraph or we simply wanted to add more text than we've added here? Well, the paragraph method accepts a block to which it passes the actual paragraph object, so we could do something like the following...

This is a common approach used by the RTF library, allowing a block to define the scope of a document element. Lets see a more complicated example of this in which we apply a number of document effects. Lets say that we want to insert some code into the document. We want the code to appear in the document slightly indented on the left hand side, in a non-proportionately space font and we want it in bold text. Heres the code that shows how to do that...

This is a much larger piece of code and covers a number of topics that need to be addressed. I have included line numbers with code so that individual elements can be referenced. Lines 1 to 3 are the first new elements. Here we create a Hash and assign it to a variable called styles. On the next two lines we create two style objects, one that can be applied to paragraphs and one that applies to characters.

On lines 5 to 7 we update settings on the style objects we've created. We set the left indentation value of the paragraph style to 200. The 200 in this case refers to a measurement of twips. A twip is a type setting measurement that equates to one twentieth of a point (about a fifty seventh of a millimetre or one seventy second of an inch). This is the measurement scale used by RTF documents so it is also employed in the library.

On lines 6 and 7 we update the character style to use a courier font and to apply bold styling to the text. On line 9 we start a new paragraph in our document. This differs from our previous use of this method in that we specify a style that will be applied to the paragraph created, the paragraph style we had prepared earlier.

The block accompanying the paragraph method takes the single parameter that we have seen previously. At this point its probably a good idea to point out that the elements that make up an RTF document created with the library are all stored as nodes in a tree. We've named the one passed to the paragraph method as n1 to reflect this.

Within the block we've called a method on the paragraph node called apply. This method applies a character style and we're using the one we prepared earlier. Like the call to the paragraph method, the apply method is passed a block. All text added to the blocks node (n2 in this case) will have the styling we've defined (bold courier font) applied to it.

Note, that within the apply block we could still use the n1 node. Any text we added to this would appear in the paragraph but wouldn't be styled and, it should be noted, will appear before any text added to n2 (as the n2 node only becomes part of the document when the apply block completes).

Within the apply method block we add some lines of text to the n2 node. Note that, as this is all encompassed within the parapgraph block, all the text is part of a single paragraph. To get each of the lines of code to appear on a line of their own we have used the line_break method which inserts a carriage return into the document. Note you should use this method to insert line breaks rather than trying to add a string containing "\n". RTF is a text based standard and won't treat "\n" as you're expecting. You should note also that we've had to escape the '#' in one of the code lines to stop Ruby considering it as an interpolated value.

Okay, so we've seen have the basics of creating a document and adding elements to that document. How do we get what we've created to a file. Well thats actually quite straight forward. As was mentioned previously, RTF is a text based standard so you simply generate the RTF and write it to a file. Heres an example...

File.open('my_document.rtf', 'w') {|file| file.write(document.to_rtf)} # existing file by this name will be overwritten

There you have it. You've been given a quick overview of the basics of using the library. For more information consult the HTML based API documentation that is installed with the library gem (if you're reading this you may already be looking at this documentation). Another source of information is the examples directory, so check that out too.

Syntax Highlighting to RTF for vim ...

Embedded ruby for RTF documents. You provide .rtf template and data and rtf-temp ...

A few extensions to the Ruby RTF package ...

A package to export highlighted code as RTF ...

Would you tell us more about clbustos/rtf?