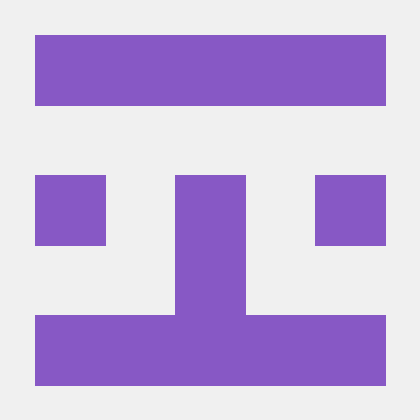 The Clojure Interactive Development Environment that Rocks for Emacs

CIDER is the Clojure(Script) Interactive Development Environment that Rocks!

CIDER extends Emacs with support for interactive programming in Clojure. The features are centered around cider-mode, an Emacs minor-mode that complements clojure-mode. While clojure-mode supports editing Clojure source files, cider-mode adds support for interacting with a running Clojure process for compilation, debugging, definition and documentation lookup, running tests and so on.

CIDER is the successor to the now deprecated combination of using SLIME + swank-clojure for Clojure development.

The instructions that follow are meant to get you from zero to a running CIDER REPL in under 5 minutes. See the official manual for (way) more details.

The recommended way to install CIDER is via package.el - the built-in package manager in Emacs.

You can install CIDER with the following command:

Launch an nREPL server and client from Emacs

Simply open in Emacs a file belonging to your lein or boot project (like foo.clj) and type M-x cider-jack-in. This will start an nREPL server with all the project dependencies loaded in and CIDER will automatically connect to it.

Alternatively you can use C-u M-x cider-jack-in to specify the name of a lein or boot project, without having to visit any file in it.

In Clojure(Script) buffers the command cider-jack-in is bound to C-c M-j.

Connect to a running nREPL server

You can go to your project's directory in a terminal and type there (assuming you're using Leiningen that is):

Alternatively you can start nREPL either manually or by the facilities provided by your project's build tool (Gradle, Maven, etc).

After you get your nREPL server running go back to Emacs. Typing there M-x cider-connect will allow you to connect to the running nREPL server.

In Clojure(Script) buffers the command cider-connect is bound to C-c M-c.

CIDER packs a ton of functionality and you really want to be familiar with it, so you can fully empower your workflow. The best way to get acquainted with all available features is to go over the entire CIDER manual.

If you're into video lessons, you might also check out this intro to CIDER demo as well.

An extensive changelog is available here.

The direction of the project is being stewarded by the CIDER core team. This group of long-term contributors manage releases, evaluate pull-requests, and does a lot of the groundwork on major new features.

In addition, we'd like to extend a special thanks the following retired CIDER core team members. Lovingly known as The Alumni:

We’re following SemVer (as much as one can be following it when the major version is 0). At this point bumps of the minor (second) version number are considered major releases and always include new features or significant changes to existing features. API compatibility between major releases is not a (big) concern (although we try to break the API rarely and only for a good reason).

The development cycle for the next major release starts immediately after the previous one has been shipped. Bugfix/point releases (if any) address only serious bugs and never contain new features.

CIDER's logo was created by @ndr-qef. You can find the logo in various formats here.

The logo is licensed under a Creative Commons Attribution-NonCommercial 4.0 International License.

While CIDER is free software and will always be, the project would benefit immensely from some funding. Raising a monthly budget of a couple of thousand dollars would make it possible to pay people to work on certain complex features, fund other development related stuff (e.g. hardware, conference trips) and so on. Raising a monthly budget of over $5000 would open the possibility of someone working full-time on the project which would speed up the pace of development significantly.

We welcome both individual and corporate sponsors! We also offer a wide array of funding channels to account for your preferences (although currently Open Collective is our preferred funding platform).

If you're working in a company that's making significant use of CIDER we'd appreciate it if you suggest to your company to become a CIDER sponsor.

You can support the development of CIDER, clojure-mode and inf-clojure via Open Collective, Salt, Gratipay and PayPal.

An extension to CIDER which provides a decompilation command ...

Would you tell us more about clojure-emacs/cider?