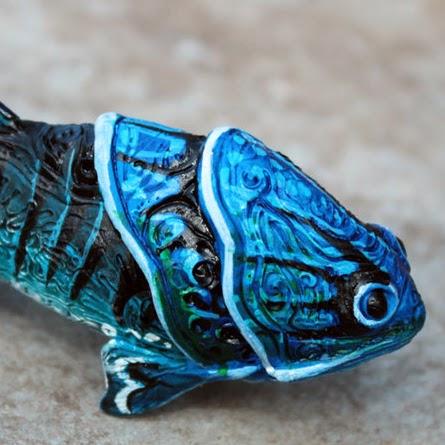 Armadillo is a high quality C++ linear algebra library, aiming towards a good balance between speed and ease of use.

It's useful for algorithm development directly in C++, and/or quick conversion of research code into production environments. The syntax (API) is deliberately similar to Matlab.

Please cite the following article if you use Armadillo in your research and/or software. Citations are useful for the continued development and maintenance of the library.

Armadillo can be used in both open-source and proprietary (closed-source) software.

Armadillo is licensed under the Apache License, Version 2.0 (the "License"). A copy of the License is included in the "LICENSE.txt" file.

Any software that incorporates or distributes Armadillo in source or binary form must include, in the documentation and/or other materials provided with the software, a readable copy of the attribution notices present in the "NOTICE.txt" file. See the License for details. The contents of the "NOTICE.txt" file are for informational purposes only and do not modify the License.

Armadillo makes extensive use of template meta-programming, recursive templates and template based function overloading. As such, C++ compilers which do not fully implement the C++ standard may not work correctly.

The functionality of Armadillo is partly dependent on other libraries: LAPACK, BLAS, ARPACK and SuperLU. The LAPACK and BLAS libraries are used for dense matrices, while the ARPACK and SuperLU libraries are used for sparse matrices. Armadillo can work without these libraries, but its functionality will be reduced. In particular, basic functionality will be available (eg. matrix addition and multiplication), but things like eigen decomposition or matrix inversion will not be. Matrix multiplication (mainly for big matrices) may not be as fast.

As Armadillo is a template library, we recommended that optimisation is enabled during compilation of programs that use Armadillo. For example, for GCC and Clang compilers use -O2 or -O3

The "examples" directory contains several quick example programs that use the Armadillo library.

In general, programs which use Armadillo are compiled along these lines:

If you want to use Armadillo without installation (not recommended), compile along these lines:

The installation is comprised of 3 steps:

Within the "examples" folder, we have included an MSVC project named "example1_win64" which can be used to compile "example1.cpp". The project needs to be compiled as a 64 bit program: the active solution platform must be set to x64, instead of win32.

The MSVC project was tested on 64 bit Windows 7 with Visual C++ 2012. You may need to make adaptations for 32 bit systems, later versions of Windows and/or the compiler. For example, you may have to enable or disable ARMA_BLAS_LONG and ARMA_BLAS_UNDERSCORE defines in "armadillo_bits/config.hpp".

The folder "examples/lib_win64" contains standard LAPACK and BLAS libraries compiled for 64 bit Windows. The compilation was done by a third party. USE AT YOUR OWN RISK. The compiled versions of LAPACK and BLAS were obtained from: http://ylzhao.blogspot.com.au/2013/10/blas-lapack-precompiled-binaries-for.html

The OpenBLAS and Intel MKL libraries are generally the fastest.

9: Support for OpenBLAS and Intel MKL

You may need to make minor modifications to include/armadillo_bits/config.hpp to make sure Armadillo uses the same integer sizes and style of function names as used by the replacement libraries. Specifically, you may need comment or uncomment the following defines: ARMA_USE_WRAPPER ARMA_BLAS_CAPITALS ARMA_BLAS_UNDERSCORE ARMA_BLAS_LONG ARMA_BLAS_LONG_LONG

See the documentation for more information on the above defines.

The default installations of MKL 10.2.2.025 are known to have issues with SELinux, which is turned on by default in Fedora and RHEL. The problem may manifest itself during run-time, where the run-time linker reports permission problems. It is possible to work around the problem by applying an appropriate SELinux type to all MKL libraries.

Armadillo can use the ATLAS library for faster versions of certain LAPACK and BLAS functions. Not all ATLAS functions are currently used, and as such LAPACK should still be installed.

The minimum recommended version of ATLAS is 3.8. Old versions (eg. 3.6) can produce incorrect results as well as corrupting memory, leading to random crashes.

Users of older Ubuntu and Debian based systems should explicitly check that ATLAS 3.6 is not installed. It's better to remove the old version and use the standard LAPACK library.

Armadillo works with compilers supporting the older C++98 and C++03 standards, as well as the newer C++11 and C++14 standards.

Armadillo will enable extra features (such as move constructors) when a C++11/C++14 compiler is detected. You can also force Armadillo to make use C++11 features by defining ARMA_USE_CXX11 before

include in your code.

You may need to explicitly enable C++11 mode in your compiler. For example, use the -std=c++11 option in gcc & clang.

Caveat: use of the C++11 "auto" keyword is not recommended with Armadillo objects and expressions. Armadillo has a template meta-programming framework which creates lots of short lived temporaries that are not handled by auto.

Documentation of functions, classes and options is available at:

The documentation is also in the "docs.html" file in this folder, which can be viewed with a web browser.

Each release of Armadillo has its public API (functions, classes, constants) described in the accompanying API documentation (docs.html) specific to that release.

An increase in the patch level, while the major and minor versions are retained, indicates modifications to the code and/or documentation which aim to fix bugs without altering the public API.

We don't like changes to existing public API and strongly prefer not to break any user software. However, to allow evolution, we reserve the right to alter the public API in future major versions of Armadillo while remaining backwards compatible in as many cases as possible (eg. major version 8 may have slightly different public API than major version 7).

CAVEAT: any function, class, constant or other code not explicitly described in the public API documentation is considered as part of the underlying internal implementation details, and may change or be removed without notice. (In other words, don't use internal functionality).

Armadillo has gone through extensive testing and has been successfully used in production environments. However, as with almost all software, it's impossible to guarantee 100% correct functionality.

If you find a bug in the library or the documentation, we are interested in hearing about it. Please make a small and self-contained program which exposes the bug, and then send the program source and the bug description to the developers. The contact details are at:

Further information about Armadillo as well as answers to frequently asked questions are at:

The "mex_interface" folder contains examples of how to interface Octave/Matlab with C++ code that uses Armadillo matrices.

My notes as I learn C++ and Rcpp for fast machine learning in R ...

Would you tell us more about conradsnicta/armadillo-code?