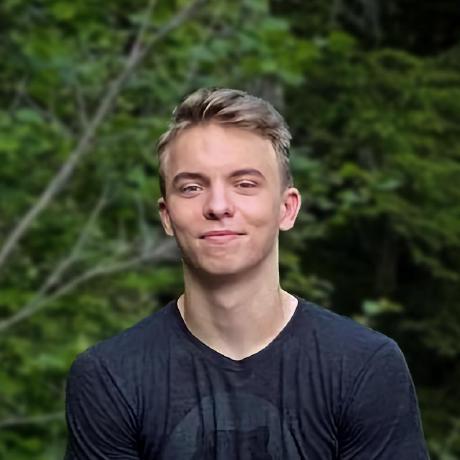 A web app for visualizing the connections between Wikipedia pages. A web app for visualizing the connection of wikipedia pages. See it at luke.deentaylor.com/wikipedia

Start by entering a topic into the text box, i.e. Cats. A single node will be generated, labeled Cat. Click this node to expand it.

Expanding a node creates a new node for each page that is linked to from the first paragraph of the article. These nodes will be connected to the node from which they were expanded. For example, expanding Cat will create eight nodes, including Fur, Mammal, Carnivore, and Domestication, each of which will be connected to Cat. Each of these nodes can also be expanded in the same way.

You can also enter multiple articles to “compare” by pressing Comma, Tab, or Enter after each one. I’ve built a custom input to give users visual feedback on this style of input, which behaves similarly to many “tag inputs” found elsewhere. I’ve chosen to use links only from the first paragraph of an article for 2 reasons:

Note that nodes are lighter in color when they are farther away from the central node. If it took 5 steps to reach Ancient Greek from Penguin, it will be a lighter color than a node like Birding, which only took 2 steps to reach. Thus, a node’s color indicates how closely an article is related to the central topic.

Hovering the mouse over a node will highlight the path back to the central node: Note that this is not necessarily the shortest path back, but the path that you took to reach the node. Regardless of whether a shorter path back exists, the path by which the node was created will be shown. This is by design.

When you click to expand a node, a request is made to a Flask server (under the api directory). This Flask server exposes code from my Python script, wikipedia_parse.py, to JavaScript XMLHttpRequests. This Python API parses and json-izes the results of different calls to the Wikipedia API and serves them. The resulting API is at luke.deentaylor.com/wikipedia/api.

The main functionality is getting “first paragraph links”, by making a request like http://luke.deentaylor.com/wikipedia/api/links?page=Cats, but this API also exposes methods like getting the name of a random page (which just consists of a simple wrapper around Wikipedia’s API)

The underlying script, in wikipedia_parse.py, uses BeautifulSoup to parse through the HTML of wikipedia pages. This HTML is retrieved from calls to Wikipedia’s API. The parser looks for the first <p> tag (non-recursively to exclude informational content inside divs), and excludes certain special edge cases. Then the parser simply finds all links within this paragraph, excluding ones outside of the “Main/Article” namespace. It extracts the page title from each, and returns a list.

I suck at JavaScript, which is why I wrote a lot of the underlying code in Python. However, the front-end is written mostly in JavaScript. I use vis.js to display the graph. Every time a node is double-clicked, JavaScript makes an AJAX XMLHttpRequest to the aforementioned Flask API. The results of the query are word-wrapped, and then stuck under nodes which are colored according to their distance from the central node, as described above.

This project is powered by Wikipedia! Wikipedia is one of my favorite things, and its wealth of information makes this project possible.

The technical bits are mostly powered just by vis.js and BeautifulSoup.

Rendering of this document into the help modal is done via a modified version of marked that supports task lists.

The colors used in the network come from the material design color palette. Specifically, I got them from here.

A web app for visualizing the connections between Wikipedia pages. ...

DSpace aims to enable people to find, collect, edit, structure and share any kind of information in a real-time, massive-collaboration, augmented-reality-environment (like wikipedia), based on a very common ground: The map of the area, where people actual ...

Website showing historic weather data (taken from wikipedia) for cities around the world on an interactive map. ...

Would you tell us more about controversial/wikipedia-map?