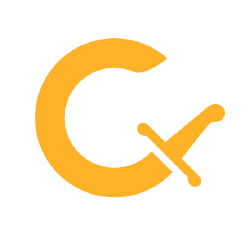 0fc enables you to run a secure in-browser group chat with isolated chatrooms, having some special features: - end-to-end for specific chat room: server cannot do better than DoS attack - server is considered minimal trusted zone, all important operations happen on client side: - ephemeral keys used to protect chat room traffic are generated within room owner’s browser and propagated to the rest - secret tokens, used to give access to chatroom, are generated on client side (although part of the verification happen on server side) - during key sharing every service message is protected by keys, derived from random data of more than one party - outgoing messages are encrypted and sent only once (all room members share the same symmetric key) - secret access token is used once (deleted after key confirmation)

0fc was started as testing playground for some sophisticated use-cases of Themis/WebThemis, but became interesting enough to release it as a separate blob of code.

IMPORTANT: To be considered really secure, 0fc should be validated by third parties and deployed properly. No cryptographic tool should be trusted without third-party audit. Before that happens (if it ever does), there’s a protocol description at the end of this document, which allows you to take a look at the inner workings of 0fc and make your own judgement. We ourselves are aware of a few rarely possible threats unrelated to cryptography, but rather to the way browser works (see Threat model section of blog post).

0fc backend is written in Python, front-end is WebThemis-based, so it works in Google Chrome-based browsers only (yet).

0fc is licensed via Apache 2 license. We would be happy if you build something based on this code and 0fc’s protocol; if you’d like any help with this, get in touch.

Read the blog post to learn more about 0fc and underlying technologies.

0fc consists of two components: a server and client.

First, you will need to install python dependencies:

Having done so, you can run the server:

by default server will listen to port 5103. To change the port add -p <port>:

0fc client already comes compiled in /static/ folder. Bear in mind that it has server keys hardcoded; if you regenerate the keys, you will need to rebuilt the client (see below).

… is quite self-explanatory. You may create new room, generate tokens and invite people to join, or enter existing token to enter the room.

If you’d like to recompile 0fc client (PNaCl object) yourself, here’s what you have to do:

Clients are responsible for: - showing UI to the user - all cryptographic and trust management functions - communication with relay server

Server is responsible for: - serving UI + PEXE (PNaCl module) to clients via HTTP GET - running websocket relay service, which receives messages and relays them to everyone.

Over websocket link, clients talk to server via SecureSession Themis object, which provides high-level transport security. Server keys are hardcoded into clients, so trust is established based on correlation between real server key and server key fed to client in binaries.

Read our blog post with some background on 0fc development and various security considerations.

Would you tell us more about cossacklabs/0fc?