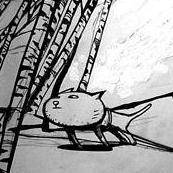 Recent versions of Homebrew have the ability to install brews from both URLs and local file paths.

This repository contains UNOFFICIAL brews that have not been accepted into the master branch.

These brews can be installed via the raw GitHub URLs, or by cloning this repository locally and installing off the local disk. For more details see the “using” section below.

This replaces the “Homebrew Duplicates” branch which was hosted on adamv’s fork of Homebrew itself.

Brews in this repository are broken out as described below.

There are two ways to install packages from this repository.

First you need to get your hands on the raw URL. For example, the raw url for the princexml formula is:

Pass that URL as a parameter to the brew install command, like so:

Clone the repository to somewhere that you’ll remember:

This example creates a LibraryAlt directory under /usr/local.

Then to install a formula pass the full path to the formula into the brew install command. Here’s another example that installs princexml:

Would you tell us more about crishoj/homebrew-alt?