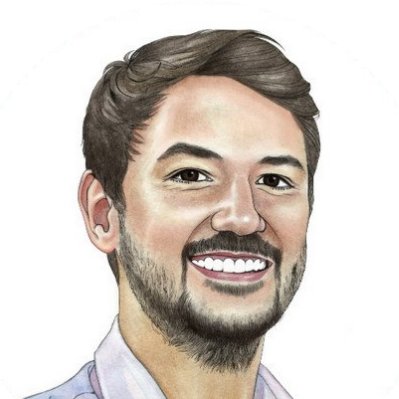 (For a tutorial scroll down.)

Easy to learn and master, lightning fast and backed by a thriving community of enthusiasts and contributors. For talks, development roadmap, projects using cbt, etc see the wiki.

CBT is a build tool meaning it helps orchestrating compilation, code and documentation generation, packaging, deployment and custom tooling for your project. It mainly targets Scala projects but is not exclusive to them.

CBT builds are full programs written using vanilla Scala code. Familiar concepts make you feel right at home - build files are classes, tasks are defs, you customize using method overrides. You already know these things and everything behaves as expected. That way implementing any build related requirement becomes as easy as writing any other Scala code.

CBT is simple in the sense that it uses very few concepts. A single build uses classes, defs and inheritance. Builds and binary dependencies can be composed to model modules depending on each other.

CBT considers source files to be an excellent way to distribute code and has first class support for source and git dependencies.

How is CBT different from other build tools?

Not all build tools allow you to write builds in a full programming language. CBT is based on the assumption that builds are complex enough problems to warrant this and abstraction and re-use is better handled through libraries rather than some restricted, declarative DSL. CBT shares this philosophy with SBT. (This also means that integration with external tools such as an IDE better happens programmatically through an api rather than a static data representation such as xml.)

Like SBT, CBT chooses Scala as it’s language of choice, trying to appeal to Scala programmers allowing them to re-use their knowledge and the safety of the language.

Unlike SBT 0.11 and later, CBT maps task execution to JVM method invocations. SBT implements it’s own self-contained task graph model and interpreter. This allows SBT to have it’s model exactly fit the requirements. CBT instead uses existing JVM concepts for the solution and adds custom concepts only when necessary. CBT assumes this to lead to better ease of use due to familarity and better integration with existing tools such as interactive debuggers or stack traces because CBT’s task call stack IS the JVM call stack.

SBT 0.7 shared this design decision as many may have forgotten. However, CBT is still quite a bit simpler than even SBT 0.7 as CBT gets away with fewer concepts. SBT 0.7 had notions of main vs test sources, multi-project builds, task-dependencies which weren’t invocations and other concepts. CBT maps all of these to def invocations and build composition instead.

CBT is best tested under OSX. People are also using it also under Ubuntu and Windows via cygwin. It should be easy to port CBT to other systems or drop the cygwin requirement. You will only have to touch the launcher bash or .bat scripts. Please contribute back if you fixed something :).

You currently need javac and realpath or gcc installed. nailgun is optional for speedup. gpg is required only for publishing maven artifacts.

There is also a growing number of plugins in plugins/ and stage2/plugins/, but some things you’d like may still be missing. Consider writing a plugin in that case. It’s super easy, just a trait. Share it :).

This section explains how to get started with cbt step-by-step. There are also example projects with build files in examples/ and test/.

If you haven’t cloned cbt yet, clone it now. Cloning is how you install cbt. We know that’s a bit unusual, but roll with it, there are good reasons :). Open a shell, cd to the directory where you want to install cbt and execute:

There are a bash script cbt and a cbt.bat in the checkout directory. Add one to your $PATH, e.g. symlink it from ~/bin/cbt.

Check that it works by calling cbt. You should see CBT compiling itself and showing a list of built-in tasks.

Great, you’re all set up. Now, let’s use cbt for an example project.

Create a new directory and cd into it. E.g. my-project.

Let’s create a tiny sample app. CBT can generate it for you. Just run:

Now there should be a file Main.scala, which prints Hello World when run. So let’s run it:

You should see how CBT first compiles your project, then runs it and prints Hello World. CBT created the file Main.scala top-level in your directory. You can alternatively place .scala or .java files in src/ or any of it’s subdirectories.

CBT can help you with that. Execute:

Now there should be a file build/build.scala with a sample `Build class.

Btw., a build file can have it’s own build and so on recursively like in SBT. When you create a file build/build/build.scala and change Build class in there to extend BuildBuild, it will be used to build your build/build.scala. You can add built-time dependencies like plugins this way.

In the generated build/build.scala there are several examples for dependencies. We recommend using the constructor syntax ScalaDependency (for automatically adding the scala version to the artifact id) or MavenDependency (for leaving the artifact id as is). The SBT-Style %-DSL syntax is also supported for copy-and-paste convenience, but discouraged.

Alright, let’s enable the override def dependencies. Make sure to include super.dependencies, which currently only includes the Scala standard library. Add a dependency of your choice, start using it from Main.scala and cbt run again.

As you can see CBT makes choice of the maven repository explicit. It does so for clarity.

Tasks are just defs. You can call any public zero-arguments method of your `Build class or its parents straight from the command line. To see how it works let’s call the compile task.

In order to create a custom task, simply add a new def to your Build class, e.g.

Now call the def from the command line:

As you can see it prints asdf. Adding tasks is that easy.

When you call a task, you can prefix it with loop. CBT then watches the source files, the build files and even CBT’s own source code and re-runs the task when anything changes. If necessary, this forces CBT to re-build itself, the project’s dependencies and the project itself.

Let’s try it. Let’s loop the run task. Call this from the shell:

Now change `Main.scala and see how cbt picks it up and re-runs it. CBT is fast. It may already be done re-compiling and re-running before you managed to change windows back from your editor to the shell.

Try changing the build file and see how CBT reacts to it as well.

The simplest way to add tests is putting a few assertions into the previously created Main.scala and be done with it. Alternatively you can add a test framework plugin to your build file to use something more sophisticated.

This however means that the class files of your tests will be included in the jar should you create one. If that’s fine, you are done :). If it is not you need to create another project, which depends on your previous project. This project will be packaged separately or you can disable packaging there. Let’s create such a project now.

Your project containing tests can be anywhere but a recommended location is a sub-folder called test/ in your main project. Let’s create it and create a Main class and build file:

We also deleted the main projects Main.scala, because now that we created a new one we would have two classes with the same name on the classpath which can be very confusing.

Now that we have a Main file in our test project, we can add some assertions to it. In order for them to see the main projects code, we still need to do one more thing - add a DirectoryDependency to your test project’s build file. There is a similar example in the generated build.scala. What you need is this:

Make sure you deleted your main projects class Main when running your tests.

Congratulations, you successfully created a dependent project and ran your tests.

A single build only handles a single project in CBT. So there isn’t exactly such a things as a Multi-project Build. Instead you can simply write multiple projects that depend on each other. We have already done that with tests above, but you can do the exact same thing to modularize your project into multiple ones.

To achieve reproducible builds, you’ll need to tie your build files to a particular CBT-version. It doesn’t matter what version of CBT you are actually running, as long as the BuildInterface is compatible (which should be true for a large number of versions and we may find a better solution long term. If you see a compile error during compilation of CBT itself that some method in BuildInterface was not implemented or incorrectly implemented, you may be running an incompatible CBT version. We’ll try to fix that later, but for now you might have to checkout the required hash of CBT by hand.).

When you specify a particular version, CBT will use that one instead of the installed one.

You can specify one by adding one line right before class Build. It looks like this:

The URL points to any git repository containing one of CBT’s forks. You currently have to use a stable reference - i.e. a hash or tag. (Checkouts are currently not updated. If you refer to a branch or tag which is moved on the remote, CBT will not realize that and keep using the old version).

Do you own your Build Tool or does your Build Tool own you? CBT makes it easy for YOU to be in control. We try to work on solid documentation, but even good documentation never tells the whole truth. Documentation can tell how to use something and why things are happening, but only the code can tell all the details of what exactly is happening. Reading the code can be intimidating for many Scala libraries, but not so with CBT. The source code is easy to read to the point that even Scala beginners will be able to understand it. So don’t be afraid to actually look under the hood and check out what’s happening.

And guess what, you already have the source code on your disk, because you installed CBT by cloning it’s git repository. You can even debug CBT and your build files in an interactive debugger like IntelliJ after some minor setup.

Finally, you can easily change CBT’s code. Then CBT re-builds itself when you try to use it the next time. This means any changes you make are instantly reflected. This and the simple code make it super easy to fix bugs or add features yourself and feed them back into main line CBT.

When debugging things, it can help to enable CBT’s debug logging by passing -Dlog=all to CBT (or a logger name instead of all).

CBT tries to couple it’s code very loosely. OO is used for configuration in build files. Interesting logic is in simple supporting library classes/objects, which can be used independently. You could even build a different configuration api than OO on top of them.

To auto-complete cbt task names in bash do this:

Add this to your .bashrc

copy this line into your fish configuration, on OSX: /.config/fish/config.fish

Add the following to your .zshrc

If using oh-my-zsh, you can install it as a plugin:

Then enable it in your .zshrc:

A CBT plugin is a trait that is mixed into a Build class. Only use this trait only for wiring things together. Don’t put logic in there. Instead simply call methods on a separate class or object which serves as a library for your actual logic. It should be callable and testable outside of a Build class. This way the code of your plugin will be easier to test and easier to re-use. Feel free to make your logic rely on CBT’s logger.

Would you tell us more about cvogt/cbt?