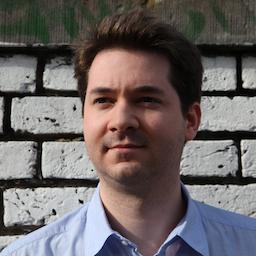 Money is a Swift framework for iOS, watchOS, tvOS and OS X. It provides types and functionality to represent, calculate and convert money in the 298 ISO currencies.

The Money framework defines the type Money, which represents money in the device’s current locale. The following code:

when the region is set to United States

when the region is set to United Kingdom

when the region is set to China

You get the idea. See Localized Formatting for more info.

Under the hood, Money is a typealias for _Money<Currency.Local> where Currency.Local is a specific CurrencyType which represents the currency for the current locale. This means that it is strongly typed to the local currency.

In a similar way, there are 298 foreign currency types supported.

Because the currencies are typed, it means that they cannot be combined together.

Of course, Money supports the usual suspects of decimal arithmetic operators, so you can add, subtract, multiply, divide values of the same type, and values with Int and Double with the expected limitations.

Money (and its friends) can be initialized with Ints (and friends) andDoubles.

Money can be initialized using the smallest units of currency:

When displaying money values, it is important that they be correctly localized for the user. In general, it’s best to use the Money type to always work in currency of the user’s current locale.

When printing a MoneyType value, the .description uses the current locale with .CurrencyStyle number style, in conjunction with NSNumberFormatter. The code snippets throughout this README uses .description whenever the value of money is printed.

However, to specify a different style for the number formatter, use the formattedWithStyle method, like this:

For an American in Russia, this would print out: >She has 99,99 Russian roubles

A locale is the codification of associated regional and linguistic attributes. A locale varies by language and region. Each locale has an identifier, which is the concatenation of language, country and modifier codes.

The language code is two or three lowercase letters. English is en, French is fr. There is a long list. Some languages are spoken in more than one country, in which case a country code (two uppercase letters) is appended (with an underscore). For example, English in the United States is en_US, which is the default locale in the iOS Simulator. English in the United Kingdom is en_GB.

In total, NSLocale has support for ~ 730 distinct locales. Typically when creating a specific NSLocale it is done with the locale identifier. The NSLocale is like a dictionary with an objectForKey method which returns AnyObject!.

I think NSLocale is an amazing class, but it’s very easy to make mistakes, and not that easy to construct. Therefore, to support arbitrary locales, but remove the need for framework consumers to construct locale identifiers, a new Locale type is provided. This is an enum which means that it is type safe, and indexable for code completion in Xcode. Its cases are all the languages which NSLocale supports. For those languages which are spoken in more than one country, there is an associated value of country names of only those counties.

To format money for a specific locale we can use the Locale enum. The following code uses Locale.Chinese(.China) to represent the "zh_CN" locale.

Now, for our American in Russia, (or any user with a region set to Russia) we get: >She has 99.99俄罗斯卢布

In this case, because our type is Money, and the user’s region is set to Russia, we’re working with RUB currency. But equally, if we need money in a specific currency, we can. Here’s Australian dollars, for a SwissGerman speaking user, in France.

Regardless of the user’s current locale, this will print out: >You’ll need 16.00 Auschtralischi Dollar

On iOS (not watchOS, tvOS or OS X), there is support in Money for using Money with  Pay.

The convenience initializer receives an array of PaymentSummaryItem values and a seller name. It sets the currency code and payment summary items. Following the  Pay guidelines, will append a total summary item using the provided seller name.

Money has support for Bitcoin types, the popular BTC and the unofficial ISO 4217 currency code XBT.

In November 2015, the Unicode consortium accepted U+20BF as the Bitcoin symbol. However, right now that means it is not available in Foundation. Therefore, currently the Bitcoin currency type(s) use Ƀ, which is also a popular symbol and available already within Unicode.

To work with Bitcoin, use the following:

The FX support which was previously part of this framework has been moved into its own, called FX.

If your app has its own currency e.g. ⭐️s or

A Ruby Library for dealing with money and currency conversion. ...

Integration of RubyMoney - Money with Rails ...

Would you tell us more about danthorpe/Money?