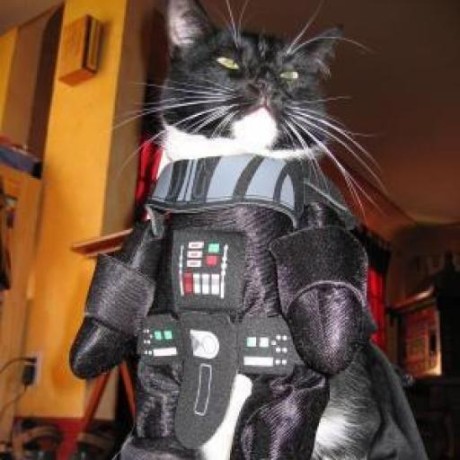 Modern WordPress stack that gets you started with the best development tools, practices, and project structure

Bedrock is a modern WordPress stack that helps you get started with the best development tools and project structure.

Use bedrock-ansible to get started with a development VM customized for Bedrock.

Or run composer create-project roots/bedrock <path> (see Installation/Usage for more details) to just get a new copy of Bedrock locally.

Bedrock is meant as a base for you to fork and modify to fit your needs. It is delete-key friendly and you can strip out or modify any part of it. You’ll also want to customize Bedrock with settings specific to your sites/company.

Much of the philosphy behind Bedrock is inspired by the Twelve-Factor App methodology including the WordPress specific version.

Note: While this is a project from the guys behind the Roots starter theme, Bedrock isn’t tied to Roots in any way and works with any theme.

If you aren’t interested in using a part, then you don’t need its requirements either. Not deploying with Capistrano? Then don’t worry about Ruby for example.

See Documentation for more details on the steps below.

Composer’s create-project command will automatically install the Bedrock project to a directory and run composer install.

The post-install script will automatically copy .env.example to .env and you’ll be prompted about generating salt keys and appending them to your .env file.

Note: To generate salts without a prompt, run create-project with -n (non-interactive). You can also change the generate-salts setting in composer.json under config in your own fork. The default is true.

To skip the scripts completely, create-project can be run with --no-scripts to disable it.

These can be installed manually with gem install <gem name> but it’s highly suggested you use Bundler to manage them. Bundler is basically the Ruby equivalent to PHP’s Composer. Just as Composer manages your PHP packages/dependencies, Bundler manages your Ruby gems/dependencies. Bundler itself is a Gem and can be installed via gem install bundler (sudo may be required).

The Gemfile in the root of this repo specifies the required Gems (just like composer.json). Once you have Bundler installed, run bundle install to install the Gems in the Gemfile. When using Bundler, you’ll need to prefix the cap command with bundle exec as seen below (this ensures you’re not using system Gems which can cause conflicts).

See http://capistranorb.com/documentation/getting-started/authentication-and-authorisation/ for the best way to set up SSH key authentication to your servers for password-less (and secure) deploys.

The organization of Bedrock is similar to putting WordPress in its own subdirectory but with some improvements.

The root web/wp-config.php is required by WordPress and is only used to load the other main configs. Nothing else should be added to it.

config/application.php is the main config file that contains what wp-config.php usually would. Base options should be set in there.

For environment specific configuration, use the files under config/environments. By default there’s is development, staging, and production but these can be whatever you require.

Note: You can’t re-define constants in PHP. So if you have a base setting in application.php and want to override it in production.php for example, you have a few options:

You will lose the ability to define environment specific settings.

Bedrock tries to separate config from code as much as possible and environment variables are used to achieve this. The benefit is there’s a single place (.env) to keep settings like database or other 3rd party credentials that isn’t committed to your repository.

PHP dotenv is used to load the .env file. All variables are then available in your app by getenv, $_SERVER, or $_ENV.

You will lose the separation between config and code and potentially put secure credentials at risk.

Composer is used to manage dependencies. Bedrock considers any 3rd party library as a dependency including WordPress itself and any plugins.

WordPress Packagist is already registered in the composer.json file so any plugins from the WordPress Plugin Directory can easily be required.

To add a plugin, add it under the require directive or use composer require <namespace>/<packagename> from the command line. If it’s from WordPress Packagist then the namespace is always wpackagist-plugin.

Whenever you add a new plugin or update the WP version, run composer update to install your new packages.

plugins, and mu-plugins are Git ignored by default since Composer manages them. If you want to add something to those folders that isn’t managed by Composer, you need to update .gitignore to whitelist them:

Note: Some plugins may create files or folders outside of their given scope, or even make modifications to wp-config.php and other files in the app directory. These files should be added to your .gitignore file as they are managed by the plugins themselves, which are managed via Composer. Any modifications to wp-config.php that are needed should be moved into config/application.php.

Updating your WordPress version (or any plugin) is just a matter of changing the version number in the composer.json file.

Then running composer update will pull down the new version.

Themes can also be managed by Composer but should only be done so under two conditions:

Under most circumstances we recommend NOT doing #2 and instead keeping your main theme as part of your app’s repository.

Just like plugins, WPackagist maintains a Composer mirror of the WP theme directory. To require a theme, just use the wpackagist-theme namespace.

Composer integration is the biggest part of Bedrock, so if you were going to remove it there isn’t much point in using Bedrock.

Capistrano is a remote server automation and deployment tool. It will let you deploy or rollback your application in one command:

Composer support is built-in so when you run a deploy, composer install is automatically run. Capistrano has a great deploy flow that you can hook into and extend it.

It’s written in Ruby so it’s needed locally if you want to use it. Capistrano was recently rewritten to be completely language agnostic, so if you previously wrote it off for being too Rails-centric, take another look at it.

You will lose the one-command deploys and built-in integration with Composer. Another deploy method will be needed as well.

Bedrock disables the internal WP Cron via define('DISABLE_WP_CRON', true);. If you keep this setting, you’ll need to manually set a cron job like the following in your crontab file:

Bedrock works with WP-CLI just like any other WordPress project would. Previously we required WP-CLI in our composer.json file as a dependency. This has been removed since WP-CLI now recommends installing it globally with a phar file. It also caused conflicts if you tried using a global install.

The wp command will automatically pick up Bedrock’s subdirectory install as long as you run commands from within the project’s directory (or deeper). Bedrock includes a wp-cli.yml file that sets the path option to web/wp. Use this config file for any further configuration.

Vagrant and Ansible integration with Bedrock can now be found in the separate bedrock-ansible project. Basic instructions exist in that project’s README, but if you want a Vagrant box tied to a specific Bedrock based WP application, copy the example Vagrantfile into your app’s repo and edit the necessary file paths.

Note that using Ansible you no longer need to manually create/edit a .env file (or use composer create-project to generate one). Ansible will generate a .env based on its config and automatically generate salts/keys.

Everyone is welcome to help contribute and improve this project. There are several ways you can contribute:

Use the Roots Discourse forum to ask questions and get support.

Making mozilla.org awesome, one pebble at a time ...

A minimalist boilerplate for Express apps. ...

Would you tell us more about dasuchin/bedrock?