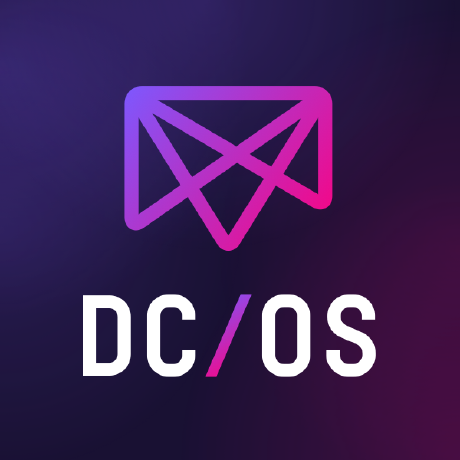 The easiest way to run microservices, big data, and containers in production.

Unlike traditional operating systems, DC/OS spans multiple machines within a network, aggregating their resources to maximize utilization by distributed applications.

Release artifacts are managed by Mesosphere on Amazon S3, using a CloudFront cache.

To find the git SHA of any given release, check the latest commit in the versioned branches on GitHub: https://github.com/dcos/dcos/branches/

Linux is required for building and testing DC/OS.

Unit tests can be run locally but require the development environment specified above.

Tox is used to run the codebase unit tests, as well as coding standard checks. The config is in tox.ini.

Integration tests can be run on any deployed DC/OS cluster. For installation instructions, see https://dcos.io/install/.

One way to run the integration tests is to use DC/OS Docker.

DC/OS can be built locally but requires the development environment specified above.

DC/OS builds are packaged as a self-extracting Docker image wrapped in a bash script called dcos_generate_config.sh.

That will run a simple local build, and output the resulting DC/OS installers to $HOME/dcos-artifacts. You can run the created `dcos_generate_config.sh like so:

If you look inside of the bash script build_local.sh there are the commands with descriptions of each.

The general flow is to:

These steps can all be done by hand and customized / tweaked like standard python projects. You can hand create a virtualenvironment, and then do an editable pip install (pip install -e) to have a "live" working environment (as you change code you can run the tool and see the results).

This release tool always loads the config in dcos-release.config.yaml in the current directory.

The config is YAML. Inside it has two main sections. storage which contains a dictionary of different storage providers which the built artifacts should be sent to, and options which sets general DC/OS build configuration options.

Config values can either be specified directly, or you may use $ prefixed environment variables (the env variable must set the whole value).

Each storage provider (ex: aws.py) is an available kind prefix. The dictionary factories defines the suffix for a particular kind. For instance kind: aws_s3 would map to the S3StorageProvider.

Sample config storage that will save to my home directory (/home/cmaloney):

Sample config that will store to a local archive path as well as AWS S3. Environment variables AWS_ACCESS_KEY_ID, AWS_SECRET_ACCESS_KEY would need to be set to use the config (And something like a CI system could provide them so they don't have to be committed to a code repository).

Most of the triggered tests are required for merge, but some are optional (usually ones on flaky infrastructure).

DC/OS itself is composed of many individual components precisely configured to work together in concert.

This repo contains the release and package building tools necessary to produce installers for various on-premises and cloud platforms.

DCOS CLI in a Docker Container ...

Would you tell us more about dcos/dcos?