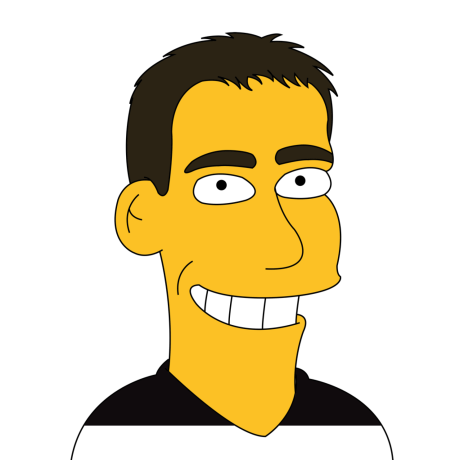 Xcode offers a framework creation project template for MacOS applications, but no such template is provided for iOS. This probably stems from the fact that a framework is an NSBundle containing code, of which no other instance than the main bundle usually exists on iOS.

But still one should have a way of reusing library code. And in fact there is one, since Xcode provides a static library project template. But working with static libraries has some drawbacks:

Usually, to avoid these drawbacks, projects directly import the source code of a library into their own source code. But this does not work so well either:

Though there is no way to build a framework around a static library using an official Xcode template (alternatives exist, see e.g. https://github.com/kstenerud/iOS-Universal-Framework), it is still possible to package binaries, headers and resources for easier reuse. This is just what make-fmwk is made for.

The following is inspired by Pete Goodliffe's article published on accu.org

When a standard .framework directory (created using the Xcode template for MacOS) is added to Xcode, two things happen:

The binary file located at the root of the .framework directory does not need to be diretctly executable, though. It can also be a universal binary file, created by the lipo command which brings together binaries compiled for different architectures. The linker then just figures out which .a it needs when a project is compiled, and extracts it from the universal binary file. Therefore, it is possible to create "fake" frameworks wrapping a static library. Though these frameworks are not frameworks in the Xcode sense, Xcode will happily deal with them and discover their content. For iOS frameworks (which do not embed a dynamic library), we do not need to create the whole directory structure and symbolic links needed to support different versions. Only one version will always be available, creating such a structure would therefore be overkill.

Based on this knowledge, the make-fmwk script creates a "static" .framework (i.e. containing a static library) with the internal structure expected by Xcode. This framework, in fact a directory with the .staticframework extension, can then be simply added to an Xcode project and contains everything the library needs (including resources if any).

The .staticframework being added to the project directly, the resources it contains will be copied at the root level of the final application bundle when the application is assembled. Having all resources merged in the same bundle root directory means that we must strive to avoid conflicting resources. The best approach is to use a bundle to pack library resources. This is not required by make-fmwk, though, but if you do not use a bundle make-fmwk will display warnings if you do not prefix all resources with <LibraryName>_ to avoid conflicts.

How to create a static framework

Here is how you usually should setup a project so that make-fmwk can be run on it to create a .staticframework:

How to use a static framework

It is strongly advised to tag frameworks using the -u option. Projects using static frameworks can then specify which version they are using since (by default) the version number is appended to the .staticframework name.

Due to the highly dynamic nature of the Objective-C language, any method defined in a library might be called, explicitly or in hidden ways (e.g. by using objc_msgSend). Unlike C / C++, we would therefore expect the linker to be especially careful when stripping dead-code from Objective-C static libraries. In some cases, though, the linker still drops code it considers to be unused. Such code can still be referenced from an application, though, and I ran into the following issues:

The article mentioned above gives a solution to this problem: Add the -ObjC flag to the "Other linker flags" setting. For categories the -all_load also had to be added, as explained in the article, but this has been fixed by the new LLVM compiler.

Tweaking linker flags works but is far from being optimal, though:

There is a way to avoid having to set those linker flags, though. It is namely possible to fool the linker into thinking an object file must not be discarded. This is made possible by the fact that if the linker really seems to require something from a file, it will link all of it, even if the code in the remaining of the file is not directly required.

To achieve this result, this script proceeds as follows:

When a static framework is added to a project, the bootstrap code gets compiled as well. Even if the dummy function it contains is not used, the linker will happily load all dummy classes it references since their class method is called. This prevents the linker from discarding the translation units they are defined in, leading to the desired effect.

'I get an “Unknown class

This probably means that some of the source files should be added to your bootstrap definition file. If you have access to the framework code, identify those files (in general they contain a category or a class which can is meant to be used in Interface Builder), update the bootstrap definition file and build the framework again. Alternatively you can add the -ObjC (and maybe -all_load) flag to your project target(s) and start the build again, but keep in mind this will result in increased executable size.

For an example of a project which can be compiled using make-fmwk, check out my CoconutKit project.

In general, with a default Xcode static library project, the name of the .a file matches the one of the .xcodeproj itself. An exception to this rule is when a project name contains hyphens. In such cases those are replaced by underscores to obtain the name of the .a file. In such cases the script will not work since it assumes that the library name is the same as the project name when locating the .a files for the lipo command.

The same issue affects projects for which the output file name has been changed and does not match the one of the .xcodeproj anymore. In such cases, you will have to rename the output file in your project file.

Finally, you might encounter linker issues when using some static frameworks. Those can currently (and sadly) only be solved by editing your client project settings to fix the linker behavior (within Xcode, double-click the project, and under the "Build" tab search for the "Other Linker Flags" setting). Most notably:

Since this tool is not mainstream (and is unlikely to be), some projects cannot be used as is with the make-fmwk command. For some projets I find helpful, I will provide adapters which checkout the original source code and create a project that make-fmwk will be happy to deal with. Those are found under the adapters directory, and you simply need to run the provided generate.sh script to checkout the code, create the project and build the .staticframeworks (which are saved into ~/StaticFrameworks).

Would you tell us more about defagos/make-fmwk?