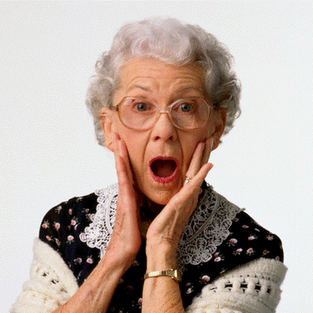 This project is deprecated.

Check out STProjectMaker for a similar Sublime plugin, or use Yeoman from the command-line.

A Sublime Text 2 plug-in to allow creating any kind of project from your own custom templates.

Includes a .sublime-build file for running npm install && bower install for you once your project has been scaffolded.

Currently includes templates out of the box for

Templates are stored in the /Templates directory and can contain any arbitrary boilerplate you would like to use. We encourage the inclusion of Grunt (and a Gruntfile) for templates where possible.

There are two ways of installing sublime-init:

(If you’re not sure where your Packages folder is, Go to: menu –> Preferences/Browse Packages...)

The clone or download will create a folder named sublime-init.

P.S : You need to restart your editor after installing the plugin.

To clone from command line:

1.Open Terminal or your application of choice.

2.$cd into the Packages folder of Sublime Text 2.

Invoke “SublimeYeoman” from the command palette to show a Quick Panel list of available templates. Top Menu –> Tools –> Command Palette and start typing SublimeYeoman. If you used the optional Key Binding it will populate next to the Package name.

Choose the template to base your project on:

You will be prompted to enter a path for your new project. You may be prompted for values for any replaceable tokens in any template files or file names. Enter the values you want to use.

Newly created project folder will be opened up in Sublime Text:

A template is simply a folder stored in <sublime packages dir>/SublimeYeoman/Templates/. It can contain any number and types of files and nested folders of files.

Setting up the build system

Sublime populates its Tools/Build System menu based on the “.sublime-build” files stored in the Sublime “Packages” directory.

Should one need to locate this, it can be found in “~/Library/Application Support/Sublime Text 2/Packages/User” (if using OS X) or the corresponding Packages/User directory on other platforms. Copy and paste the yeoman.sublime-build file into Packages directory.

Builds can be executed using a keyboard shortcut (Command+B on Mac is the default on Mac or F7 on Windows), via the Tools menu or when a file is saved. If a project is currently open, the build system we last selected (e.g grunt) will be remembered.

Text files in the template may contain replaceable tokens in the form of ${{token_name}}. When you create a new project, you will be prompted for values to use for each token found. The same token can be used multiple times in multiple files. You will only be prompted a single time for its value.

when supplied a value of Paul for the user_name token will become:

Template file names may also be tokenized using the form _token_name_.ext. The leading underscore, token name and trailing underscore will be replaced by the value given.

when supplied with a value of data for the info_file token will become:

There are two predefined tokens:

${{project_path}} in text files will be replaced by the absolute path of the new project directory.

${{project_name}} in text files or _project_name_ as a file name will be replaced by the base name of the project directory.

project_name will be replaced by MyProject

What are the limitations of the current plugin?

Sublime Yeoman currently ships with samples static templates for a number of different types of projects. These templates are the output of the corresponding Yeoman generators, however we eventually intend on shelling out to the yo binary to provide access to all Yeoman community generators.

What about Sublime Text 3 support?

We are currently evaluating the usefulness of this project through an alpha ST2 version being made available. If there is enough interest in an ST3 implementation, we will attempt to work on and support that too.

How do you ignore files?

You don’t want to try to do token replacement in binary files. The plug-in has a long list of file types that it will ignore when doing token replacement. You can always add your own if any files in your templates cause a problem. The list is contained in the yeoman.sublime-settings file. Note, these files will be copied into the project. They will just not be parsed for tokens.

Would you tell us more about deprecate/sublime-init?