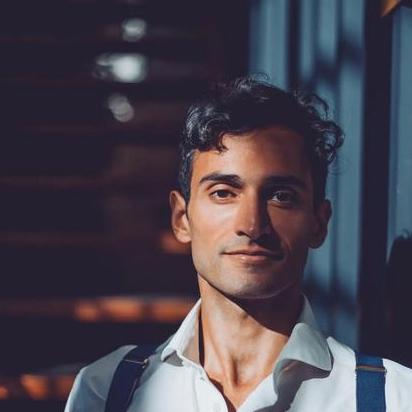 An example application is provided in here.

Commands are messages that request a change in the application state, e.g. "Log In User". In the framework presented here, a command is always addressed to one specific domain object instance, which is tasked with validating the state change.

Events document state changes that have taken place. They are the resulted of successfully processed commands.

In the implementation presented here, there is a one-to-one correspondence between events and commands, i.e. every commands results in either one event or one error.

Aggregates process commands and maintain the necessary state to enforce any business rules. The current state of an aggregate can be derived from its event history.

Projections are optimized data structures for serving requests that only read data, analoguous to a relational database-level view. Since projections are derived from the event history, they can be discarded and rebuilt at any time.

The event store functions as an append-only log for events and supports efficient retrieval of an aggregate's history. Subscribers can be attached to the event store in order to update projections.

Messages are used for communication between different components. Semantically, a message is similar to an HTTP request, in that it is self describing. A message is addressed to one specific recipient, as determined by its routing key. The body of a message is an opaque blob of bytes, with message headers describing the format of the content.

Deviating a bit from HTTP's request-response semantics, messages can be acknowledged (ACK) or rejected (NACK). Acknowleding a message means that is has been processed successfully and need not be redelivered. Rejecting a message means that the message could not be processed at the time. Redelivery is possible, depending on the reason why the message has been rejected.

These ACK/NACK semantics can be easily mapped onto HTTP responses with the respective response status codes.

Messages hide the details of the underlying transport mechanism, such as HTTP, AMQP or Redis' Pub/Sub.

Message buses listen to messages and route them to registered handlers.

Currently commands are sent to the application via a message bus. The messaging model should also be adopted for communication between the event store and event subscribers.

It has to be possible to attach a new projection to a running system and forward it to the current state. A projection should be forwardable to "now" from any point in time, e.g. if a projection missed yesterday's events, restarting it should result in the projection "catching-up" with all events until today.

A JavaScript micro-framework for events ...

A calendar of events for Radiant ...

Would you tell us more about dhamidi/events?